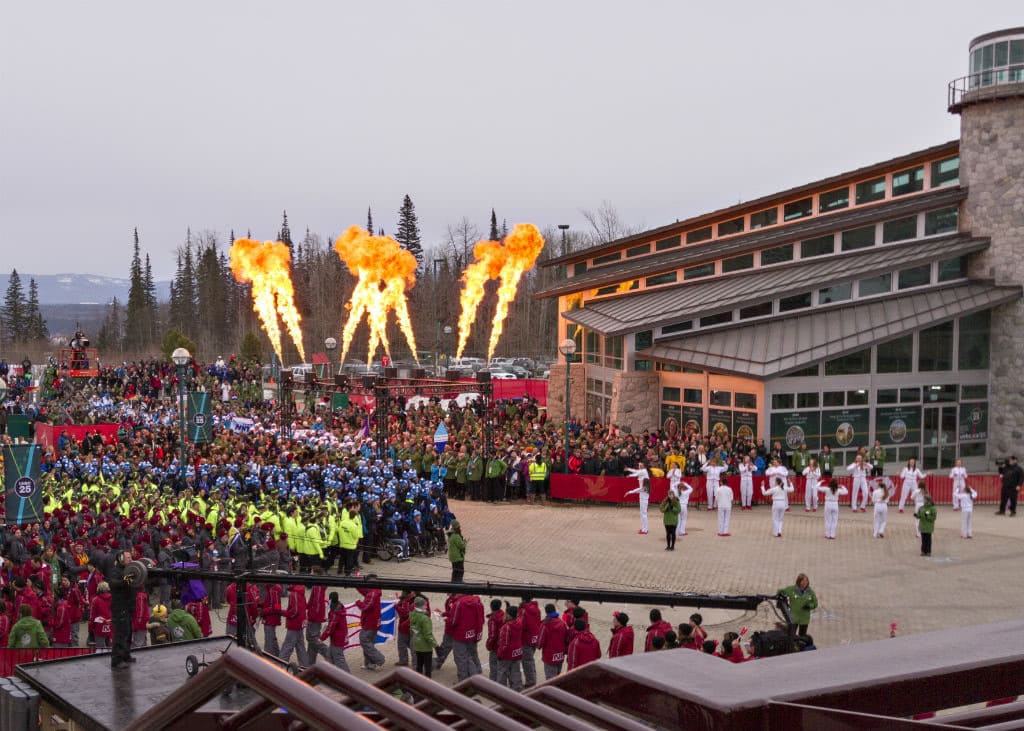 Reading the business opportunities section of the Canada Winter Games report released to the media yesterday afternoon, you can almost hear the sound of faces hitting palms. Those buzzkills over at the Chamber of Commerce just don’t get it! And the project’s comms people really aren’t helping. Or so the report suggests.

“There is confusion within the business community. They believe they are being asked whether or not they ‘support’ the games. However, the purpose of the committee is to identify information and opinions on impacts and opportunities, not support,” says the report by the CWG committee, which was formed by the City last year.

The charge seems to be that the Chamber jumped the gun in publicly opposing the games long before sufficient information was out there to make an informed decision. But it’s not only the fault of “several vocal business representatives” who have characteristically “voiced lack of trust in the City.” The report calls out the tight-lipped and counterproductive communications strategy, that’s let “misperceptions by the business community and in the media go unanswered, which perpetuates mistrust and misperceptions.”

Or, case in point: the well-appointed group running yesterday’s press conference handed out the report to the media then promptly declined to answer questions on it until the following day, eventually giving up a smattering of replies only when pushed.

Hopefully the report, preliminary as it is, along with the public discussion scheduled for this evening and tomorrow, will help both the pro- and anti-gamers finally have a constructive discussion about the opportunities and risks.

The budget for the games is currently being pitched at just over $50 million (although there’s a $26.5 million caveat on that. Or wait, a $37.8 million caveat… we’ll get to this in a minute). That’s $36 million in operating expenses and $14 million for capital costs.

The Feds and the GNWT are expected to pitch in $12.4 million apiece, and the municipality is expected to put up $15.9 million. It’s hoped that sponsors will put in a further $6.4 million.

The numbers are significant, although the report suggests the City can make up its contribution without raising taxes, partly through:

– In-kind contributions: “A target of 40% of VIK [value-in-kind] for operating expenditures has been budgeted. The City hopes to achieve a target of 80% of VIK for capital expenditures;”

– A visitor’s levy: A three percent levy on annual Yellowknife hotel revenues, of which half would go into a games fund (the other half would go to “a newly created destination marketing program”);

– And, GNWT formula funding: Putting roughly 5 percent of the $7.64 million the City receives annually from the GNWT into a special games fund.

Municipal tax increase or not, the budget does seem to contain one glaring omission: the $26.5 million the GNWT would need to kick in, on top of their $12.4 million contribution, in order to build an athlete’s village capable of housing 1,800 athletes and coaches per week. This is identified in the report as a “major” risk; unlike Yellowknife, “most communities have been available to take advantage of pre-existing facilities.”

So why wasn’t this included in the budget? The argument is that it would be a legacy Housing Corporation project that would provide low-income housing after the games. Fair enough; it’s a similar argument to the one offered for not including in the CWG budget the $17 to $30 million it’s going to take to upgrade or build a new pool, as that project is scheduled to happen in 2023 anyway. But unlike the pool, we’re not talking about simply shifting an already-planned capital project ahead a few years: it’s a new, unplanned project, hence the “major” risk designation.

Yes “the GNWT has indicated they are prepared to approach the Standing Committee with the model used in Whitehorse for the funding of the Athlete’s village/housing… based on a 70/30 split which translates into financial obligations of $26.5 million for the GNWT and $11.3 million for the City/Host Society.”

But if the GNWT decides their shrinking budgets can’t handle that kind of investment, someone else will have pony up for athletes’ accommodation, so we’ll see that $50 million budget grow accordingly.

And there is another sneaky little numbers issue related to the village: according to City officials at the press conference, the $11.3 million the City is expected kick towards the capital cost of the athlete’s village is contained in $15.9 million number that appears in the budget. Yet in the report’s appendix, that contribution is broken out and the amount the City would need to buck up is given as $23.72 million. Hmmm…*

The biggest stumbling block to hosting the games is hotel accommodation. The CWG standard suggests Yellowknife would need 1162 rooms; even with all the projected hotel builds ahead of 2023 we’ll only have 1091. But wait, it’s even more challenging. Because the games would happen during peak aurora tourism and winter road season, hoteliers have indicated they’d only be willing to keep between 35 and 45 percent of their rooms open for games’ visitors.

This means, according to the report, “The gap in rooms to meet the Canada Winter Games Requirement could range from 670 to 780 hotel rooms.”

There are suggestions that some of this shortfall could be made up by people renting out their homes AirBnB style. They did this in Prince George during last year’s games, approving 120 homes for the homestay program. But Prince George is more than three times larger than Yellowknife, and are we really going to be able to convince hundreds of Yellowknifers to rent out their homes to strangers?

The other major risk is getting enough volunteers. It’s estimated that around 4,500 volunteers will be needed to run the event. In the past, Yellowknife was able to round up 3,000 volunteers for Arctic Winter Games. And, according to the report, “this number may grow as high as 3,500 if the various orders of government and the school boards work towards programs that allow staff to participate in the games as volunteers during the daily peak times.”

But “there will still be a need to recruit a large number of volunteers from outside the community.” And, the report notes, “realistically the host society will be looking for at least 500 volunteers from southern Canada.”

It’s hard at this point to say. The three major risks — volunteers, hotel space and GNWT commitment to an athlete’s village — are surmountable, but only with a huge amount of effort and commitment on the part of Yellowknifers, the business community and all levels of government. The report, almost a year in the making, goes to City Council in February with additional feedback from Yellowknifers the committee hopes to collect in the coming days. And it has to be said, the prospects are looking pretty grim in the current climate. Mayor Mark Heyck is a vocal supporter, but the new councillors came out almost uniformly against it during the fall’s election, and they’re the ones who will vote to decide the fate of the games.

The report claims there is a “50/50 chance that City Council will agree to host the games.” But this seems like a stretch. In a period of economic doom and gloom, with mine closures in the air and a global commodities rout leaving voters jittery and worried, the idea of planning an expensive party several years down the road, no matter its potential long-term benefits to the community, is a tough sell.

* Clarification:  The  $23.72 million number which appears in the appendix was based on the original Canada Winter Games formula, and refers to a calculation done prior to the detailed budget. City officials have reiterated that the $11.3 million is included in the $14 million in capital costs presented in the budget.