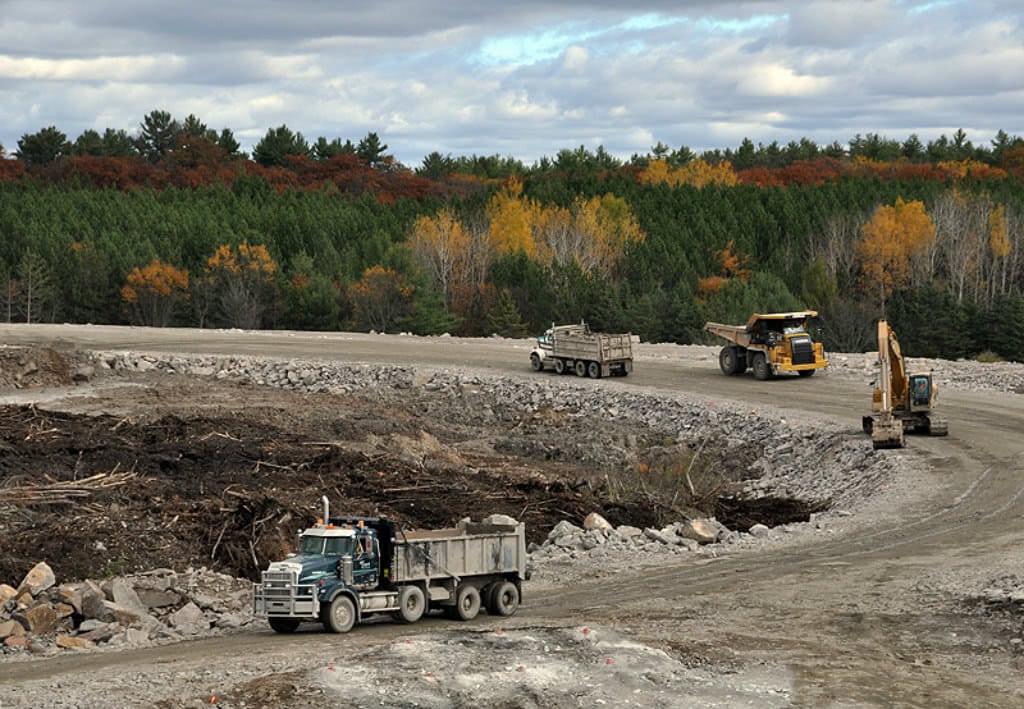 Details were sparse, but he told reporters that a 300-page business case for the $700 million Mackenzie Valley Highway from Wrigley to Norman Wells is now being reviewed by the feds. Closer to home, the two other projects, an all-weather road to Whati and a road north from near Yellowknife towards the diamond mines and the Slave Geological Province, got little more than a mention.

Yet this last project is big – like really big – with potential implications for everything from the sustainability of the diamond mines, to the reemergence of metal mining, to the environmental sustainability of the territory – specifically in regards to the declining caribou herds that inhabit the area that would be opened up by the road. It could also have a major impact on the future of Yellowknife, which is well placed to be the transportation and resupply hub for the region.

People close to the project told EDGE that this project could very well begin in the next five years, though that will depend on the political will of the politicians elected this fall. Here’s what we know:

In 2006, an unseasonably warm winter left the diamond companies scrambling to keep their ice roads navigable, forcing them to fly fuel shipments to the mines at an enormous cost to keep things running. “Some peg that cost at over $100 million above regular resupply,” Pietro Debastiani, the Department of Transportation’s director of policy and planning, tells EDGE.

It was a uniquely bad winter – one that had the diamond companies looking at everything from all-weather roads to hovercrafts to prevent another calamitous year. But it was also an auger of things to come.

“It’s certainly a changing climate, though it’s not necessarily just warmer,” says Debastiani. “The climate is perhaps less predictable than it has been for the last few decades. As most Yellowknifers would notice, we don’t get as quick a freeze in the fall, and then we may oscillate: freeze, thaw, freezing rain and maybe even heavier snow. All of that retards ice growth. So the southern parts of these systems, both the winter road to the diamond mines and our road to the Tlicho communities of Whati, Gameti and Wekweeti, have been quite vulnerable and problematic to both industry and ourselves.”

After several years of research, the diamond mines and the GNWT decided to put their energy into improving ice road engineering and working out better ways to transport goods on the thinning ice roads, says Debastiani. More recently, however, devolution, darkening prospects for the territory’s mining industry and a proposed port and road project in Nunavut that could cut the NWT out of the loop if we don’t act fast, have the GNWT once again thinking seriously about the all-weather road option.

“I would like to think that for the sustainability of the NWT, we’re talking about a five-year time frame. I believe that the stars are lining up like they haven’t before, and I’ve been on this file, on and off, for 30 years,” says Debastiani.

The idea of running an all-weather road into the Slave Geological Province – the metal-rich region north of Yellowknife – is nothing new. As far back as the Diefenbaker era of the 1950s, governments have been trying to figure out how to access an area that appears to have as much resource potential as the Abitibi Belt in Northern Ontario and Quebec – home to over 100 mines over the last 100 years.

The GNWT commissioned studies looking at the project’s feasibility in 1990 and again in 1999, but in both cases neither the funding nor the political will was there. Over the last year, the GNWT’s been back at it, conducting a large-scale survey to gauge support for the project and commissioning a team of geologists with Aurora Geosciences to develop a GIS tool to map out potential routes. Right now there are three main route ideas: one connecting with the potential all-weather Tlicho Road and the other two taking off from somewhere along the Ingraham trail.

Driving this is the combination of slumping mining prospects in the NWT and a new incentive (by way of devolution’s restructuring of resource royalties) for the GNWT to get more mines active in the territory. Post-devolution of lands and resources, the GNWT collects 50 percent of royalties from mining (though only up to a certain percentage of their entire budget, and a large percentage of this is shared with Aboriginal governments).

“The royalties are based on profitability, so if we can reduce the cost of doing business in the North, not only do we attract investment, but the return on investment in infrastructure development will come back to the three partners: the federal government, the GNWT and the Aboriginal governments,” says Debastiani. “The biggest return will still be to the federal government… [but] we’re now partners in resource revenues.”

“If we in fact want to make the Northwest Territories more attractive for investment, two of the big limitations on resource exploration and development are transportation and energy, and in our context, a great deal of the energy is transported by truck.”

Hence the road – which, in a perfect world, would drop the cost of mining in Slave Geological Province a sufficient amount to allow smaller mines to begin operation and larger ones (like Ekati) to open up lower-yield areas that aren’t cost-effective with current operating expenses. Of course there’s no guarantee that if you build it they will come; this is especially true for companies interested in base and rare metals, which are dealing with low prices around the world.

Nonetheless, it’s part of a longer-term strategy, says Debastiani. “The Mineral Development Strategy indicates that we better be doing something rather than sitting back waiting. Everybody right now is in a bit of a comfort zone.”

The other motivator behind the renewed interest in the road is the Government of Nunavut’s plan to build a port in Grays Bay, north of the Slave Geological Province. Like the NWT’s road projects, the idea for a port and a road running down to mines in Nunavut’s Kitikmeot Region has been bandied about for years – with proposals dating back to the ‘90s for a port in Bathurst Inlet. Also like the NWT’s road projects, the idea has been getting a second wind recently.

According to Jim Stevens, assistant deputy minister for the GN’s Department of Economic Development and Transportation, the project could come online within the next five years. Currently the GN is looking at different funding options – P3s, federal/territorial funding agreements, local Inuit governments taking the lead – and though he wouldn’t say exactly how far along the project was, he did say about as much had been done as on the Mackenzie Valley Highway (i.e. a business case has been submitted or is close to being submitted to the feds).

But what does a port in Nunvut have to do with our road systems? Well, says Debastiani, “we usually get benefits from activity in the Kitikmeot, air traffic and otherwise. But what if some of the resupply traffic starts to flow from the north down south, rather than from the south to the north? That’s less traffic on our highway system, which is maybe a good thing, but it’s also less business activity for Yellowknife and territorial businesses that supply services, less traffic on the Deh Cho Bridge where we have a commercial toll.”

In other words, if Nunavut goes ahead and builds the port without NWT infrastructure improvements in place, the territory could get the runaround. Or, in less stark terms (closer to Debastiani’s way of thinking), the NWT should be trying to prepare itself to benefit from any economic activity that a port in Nunavut might create.

Any dreams of expanded highways ultimately live or die off based on funding, which in Northern terms usually includes considerable federal largesse. Debastiani wouldn’t put an exact figure on how much the Slave Geological Road might cost, but he said it would likely be cheaper than the $300 million Inuvik-Tuktoyaktuk project.

“It’s a relatively simple project. It could be constructed year-round, where as the Tuk-Inuvik is strictly winter construction. It’s a more traditional road construction.”

According to Debastiani, the most popular funding idea currently being looked at is some kind of joint deal between the GNWT and the feds, similar to the Inuvik-Tuk Highway where Ottawa paid $200 million of the $300 million project under the New Build Canada Fund. This would likely be the cheapest option for the GNWT, but with a $700-million ask already on the table for the Mackenzie Valley Highway, it’s not clear how much they’d be able to get.

The other option is a P3, where a private company pays for the build (likely with around 25 percent paid up front by the feds) then gets to collect profits from things like commercial highway tolls. This is the funding route the GNWT is looking at for the Tlicho Road (estimated to cost between $140 and $150 million), though it seems less popular for the Slave Geological Road.

The final option, perhaps in some combination with one of the other two options, would be to get the diamond mines to help pay for the road with the money they would be saving on winter road construction.

Even if funding was to fall into place, however, the potential impact of the project on already distressed barrenland caribou populations will also be an important, and highly controversial, part of any discussion about the road. It could be a flashpoint between two conflicting visions of the NWT’s future: to proceed as always, carving resources out of the Territory and carting them away; or to find an alternative, more environmentally responsible alternative.

“We’re late in a federal government’s life, and we have a new territorial government coming in later this fall, so we’re doing a lot setting the stage for decisions that will be made by two subsequent governments,” says Debastiani.

There’s a lot we still don’t know about the project – route, funding model, whether it will even go ahead – but it’s a sufficiently big issue that with the election coming up, we should expect to see our would-be politicians taking a stance on the age-old road to resources question. 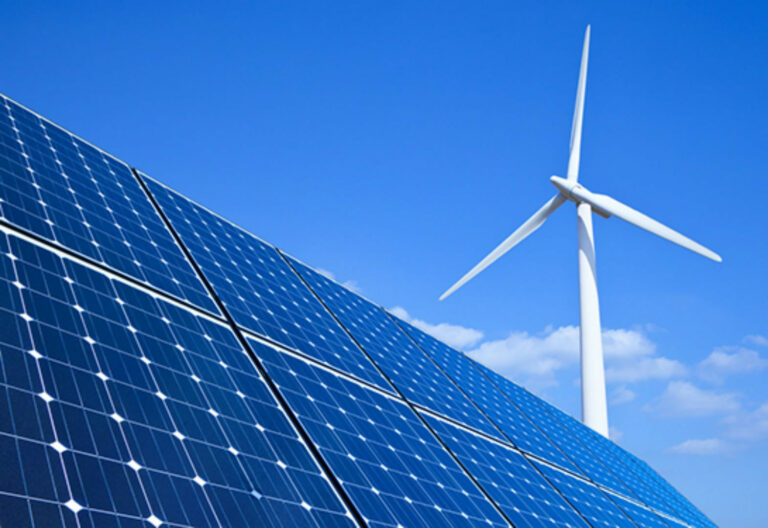