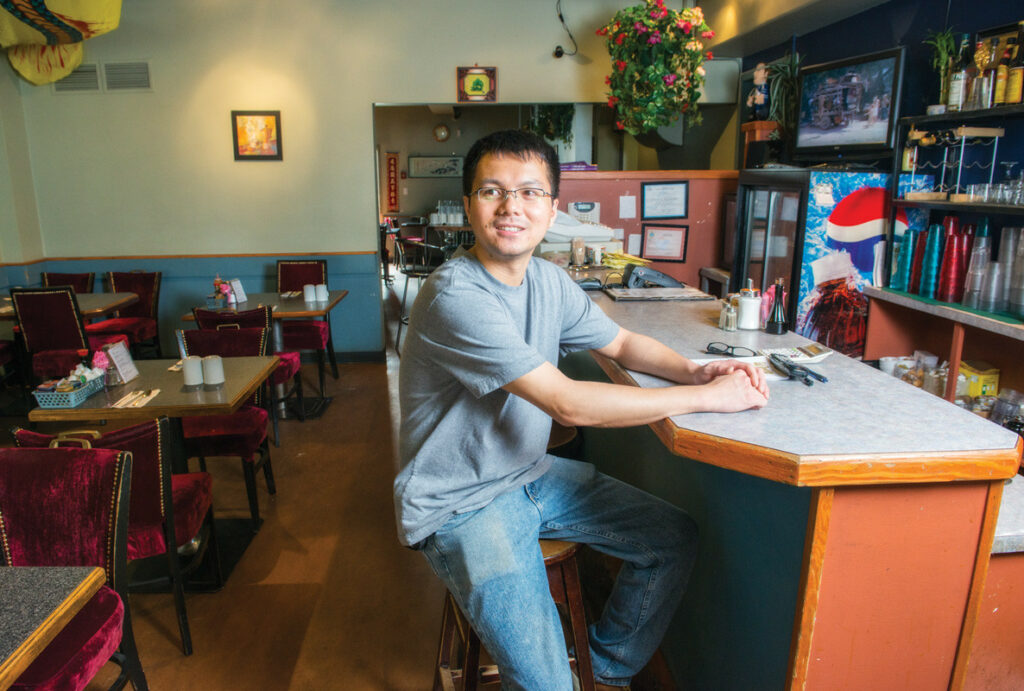 A History of Yellowknife’s Chinese Community

We’ll never know for certain what the reception was like for Yellowknife’s first known Chinese resident, ‘Charlie’ Mah-Gow. He arrived in town during, or prior to, the Second World War. Back then, a xenophobic Canada had a long path to tread before the multi-cultural policies of the 1970s. In fact, the Chinese Exclusion Act was only repealed in 1947. When Mah-Gow first entered Canada, he would have paid an expensive and discriminatory tax applied only to Chinese newcomers.

We know Mah-Gow fared better than the first five Chinese men to arrive in the Yukon four decades earlier. No sooner than a day after their arrival, angry white miners sent them packing back to the prairies as the Whitehorse Star headline declared: “No Chinese wanted here.”

Mah-Gow settled in Yellowknife and between 1942 and 1951 he owned and operated what would become Yellowknife’s oldest and most iconic eatery: the Wildcat Cafe. Beyond these few facts, we know little more of Mah-Gow – his life, past, or ambitions. We know, like the Chinese entrepreneurs that would follow him to Yellowknife, Mah-Gow worked incredibly hard. A photograph from 1945 shows him as an elderly man (records indicate likely in his late 60s or early 70s) preparing food in the cramped kitchen. Working until he was unable, the restaurant closed its doors six years later when Mah-Gow fell ill.

While the Wildcat Cafe sat derelict for several decades thereafter, the Gold Range hotel, cocktail lounge and cafe building was constructed in 1958. Soon after, four Chinese businessmen from Edmonton – Newton Wong, Randy and Jimmy Pon and Calvin Mark – ran the Gold Range Cafe and would make a swift business as Yellowknife’s busiest restaurant during the boom of the 1960s. Opening at 6 a.m. and closing at 2 a.m., the Gold Range Cafe satisfied traditional cravings for frothy milkshakes and T-bone steak, eventually supplementing the menu with westernized-Chinese fare, notably, gigantic egg rolls (still on the menu). Like the Wildcat Cafe, the Gold Range Cafe was the place to be, serving all walks of life including prominent business and political leaders. When Queen Elizabeth II visited Yellowknife in 1973, she patronized with a takeout order of filet mignon, juice and salad.

After a decade and a half, the business would pass to successive Chinese entrepreneurs: Sam Cheung, Harry and Don Wong, Jason Mark, Jerry Wong and Patrick Yee. Jason Mark would leave to open The Red Apple restaurant in 1986.

Today, Jason Tan and Li Chen run the renamed Gold Range Bistro, which has remained Chinese-owned since its inception, and has fed Yellowknifers for 55 continuous years. For Tan, Chen and others, 80 to 90 hours is a typical workweek. This restaurant has been serving generations of families in Yellowknife and visitors from small communities. Tan commented, “Serving customers the same great Chinese food they remember as children is the most rewarding part of the job.” If you haven’t already, I highly recommend you try their Yum-Yum Shrimp dish.

Chinese-run cafes and other small-businesses were not unique to Yellowknife, but a ubiquitous feature in nearly every small-town across Western Canada since the late 1800s. As we grew as a nation, there has always been this Chinese presence. Paula Simmons of the Edmonton Journal writes, “In many smaller towns, the (Chinese cafe) became a social hub, where Albertans of widely divergent backgrounds learned to build communities together.” Visit one of the many Chinese-run restaurants in downtown Yellowknife and you’ll experience the same eclectic, colourful and casual atmosphere that harkens back to the days when our city was still a town, finding its own identity. Business in Yellowknife, in the past and today, is done as much in boardrooms and offices as over a fresh cup of coffee and plate of chop suey on vinyl seat chairs. In the 1960s and 1970s, many Chinese entrepreneurs would have a much more direct influence on our city and across Canada, as restaurants provided a launch pad for greater ambitions. The Chang brothers were such self-made businessmen who started small.

Francis Chang moved to Canada at the age of 10 with his 15 siblings and parents from a Chinese community in Jamaica. In his 20s, he moved west to work in Edmonton, until he flew to Yellowknife for a long weekend to visit his brother Tony and never left. With nothing but the clothes on his back and a bag with a change of socks and a shirt, Francis was offered a job unloading planes with Pacific Western Airlines on his way into town. “It was Oct 11, 1976 and I’ll never forget that day,” Francis Chang remembers. “It was cold.”

After a few years in town, Francis and Tony partnered to run the restaurant at the Yellowknife airport, suitably named, “The Airporter Restaurant.” But the Chang brothers were always on the lookout for new opportunities, as Tony had opened a retail business – Shoes & Things – while Francis sought extra work with various employers. “I always had two jobs back then,” Francis remembers, “a full-time job and a part-time job.” Francis credits an industrious upbringing for his determined work ethic. “Our parents ran a restaurant. We would help out in the business before and after school in whatever way, in fact we were always used to doing work, but as kids we didn’t yet know it was work. I think that’s why work comes so easy to us. It’s just normal functioning.”

After establishing an ESSO gas and auto service station in downtown Yellowknife, the brothers would form land and construction companies to meet the growing demand for new houses and apartments in the 1990s. This experience led Tony to form Tony Chang Enterprises, which today is actively involved in developing, owning and managing an impressive portfolio of residential and commercial buildings in Yellowknife and across Canada.

Without a doubt, hard work, focus, and persistence are critical ingredients for any success. But how did Yellowknifers perceive and treat newcomers, particularly Chinese newcomers? Francis recalls, “When I first moved here, every single door was open. That’s just the type of community it was. We were fortunate that some of the older Chinese families before us made a really good impression. They were known for their hard work and fairness. They set the stage for Yellowknife to be very welcoming for all newcomers.”

Newton Wong was one those originals. Well-respected, charismatic, and frugal, Newton worked tirelessly and had a brilliant business mind. Legend has it he arrived in Yellowknife in 1959 with a couple hundred bucks to his name, and left a multi-millionaire. After many years running the Gold Range Cafe, he broke away and became the owner/operator of the Yellowknife Super “A” grocery store for 31 years. He entered into real estate development, focusing on downtown Yellowknife, with his company, Polar Pandas Development Ltd. It was this company that constructed the current courthouse and other prominent buildings such as the YK Centre Mall, Panda 2 Mall and the skywalk that connects them together. In 2001, municipal tax records show Polar Pandas Development Ltd. as Yellowknife’s third largest taxpayer, submitting over half a million dollars into city coffers annually for its properties.

Dr. David Wong moved to Yellowknife in 1989, and soon become well acquainted with Newton. In fact, nearly everyone in town knew Newton. “He was always energetic, very, very friendly, and kind”, Dr. Wong remembered, and then said with a chuckle, “He was constantly talking business”. I too, recall Newton Wong as likable, in part because he would offer me ice cream as a young child from the parlour at the grocery store. It became my routine to enjoy two scoops of tiger-flavoured ice cream on the skywalk, while my parents did our Sunday grocery shopping.

Never one to be flamboyant with his wealth, Newton Wong stocked the shelves of his grocery store decades after his profitable real estate empire boomed. Dr. Wong told me, “By the time I knew him, Newton was a millionaire. But you’d never know. He never drove a fancy car. He never wore expensive clothes”. Despite his low profile, Newton Wong’s contributions were recognized by the City of Yellowknife when Wong Crescent was named in his honour. He is now retired and lives in Edmonton.

Now we are witnessing a migration into Yellowknife from Mainland China’s Mandarin-speaking families. This is another layer on top of the Chinese presence that has always been here, spurring Yellowknife’s evolution into a modern, multi-cultural space. If Mah-Gow alone defined the first wave of Chinese immigration to Yellowknife, Newton Wong and his Cantonese-partners represented a second influx during the 1960-70s. The 1980s-90s brought a third class of ambitious, business-oriented and well-educated Chinese diaspora, including now long-time Yellowknifers such as entrepreneur Jimmy Kong, Dr. David Wong and my father – accountant Andy Wong.

At this point, I cannot resist a few words on my upbringing. My father, as many will know, shows an unparalleled focus and work ethic. If you’ve been here awhile, chances are he’s filed your income tax return at some point over his 25-year career. My father is that guy who will run outdoors for hours in -35 C; and love it. He’s always pushing the possible, and I’ve learned from him that you must do the very best job you can in all aspects of life. In our family, mental resiliency and intestinal fortitude came with the morning Cheerios. While these traits are universally human, I strongly believe they have a cultural foundation in my Chinese roots.

Emerging from this history and our family is a new generation of ‘CBC’: Canadian-born Chinese. Born in Canada as a child of Chinese and Caucasian parents, I have my own peculiar experiences as a Canadian hybrid kid. I’ve heard CBC described as “neither Chinese, nor Canadian,” but I believe we are quintessentially Canadian because Canada is an eclectic hodgepodge of diverse peoples. Identities are always in transit and the definition of a ‘Canadian’ has been altered and will continue to change.

One thing is for certain, up here, we are all certifiable northerners. The test is not one of race but of resourcefulness, not ethnicity but work ethic. As an island of isolated prosperity in a vast land, Yellowknife needs new energy and ideas. To those of recent arrival looking to inject vitality into this city – I say to you what I believe was said to Mah-Gow when he first arrived: Welcome to Yellowknife. 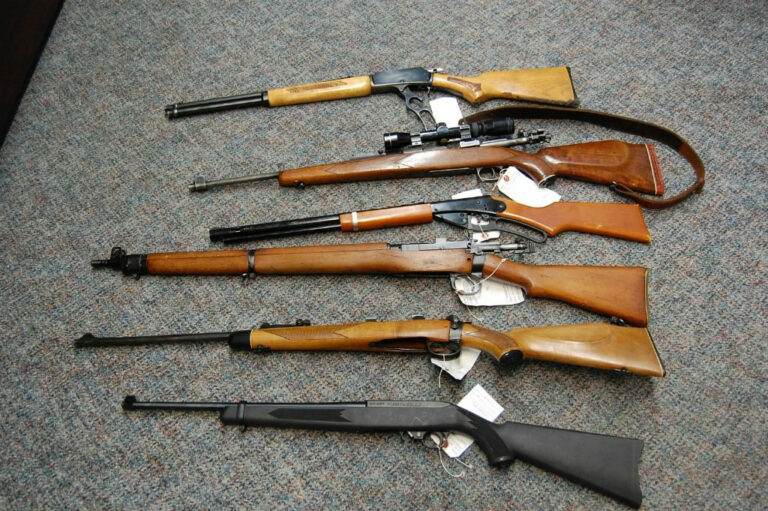 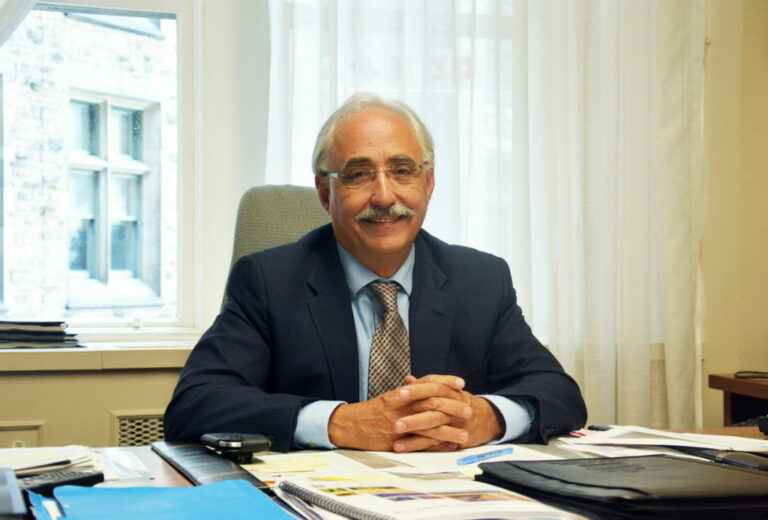 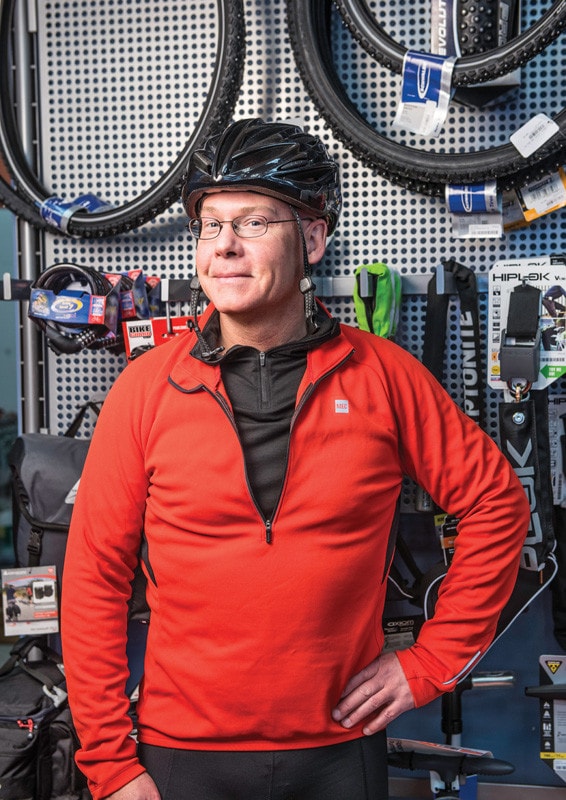