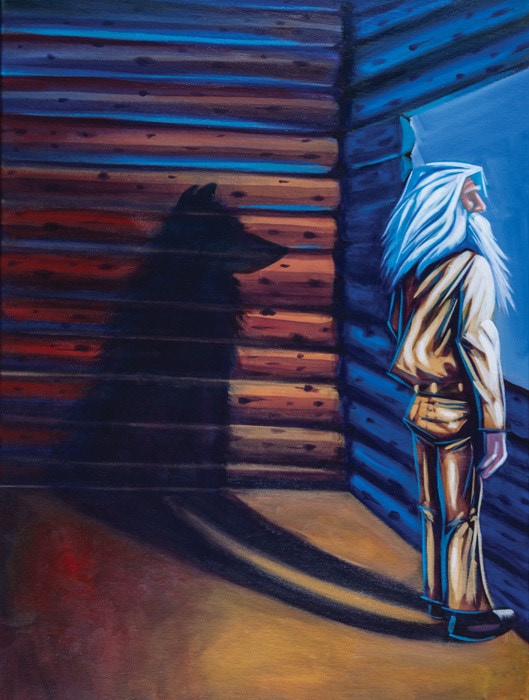 I grew up in Yellowknife and now make it my passion by painting scenes of the city and the surrounding area that are both real and imagined. I was in the news this summer as the artist behind “The Wildcat Cafe T-shirt fiasco,” which I now embrace as a blessing in disguise.

The illustration featured here is from The Man with the Wolf in his Belly, a new children’s book by German Saravanja released this month. The story was an amazing piece of fiction for me to riff off of. German’s tale is a northern romance the likes of which could be compared to the greats: Farley Mowat, Jack London, and Robert Service. I say romance because this is more than merely a children’s book (however it is an excellent one). It is a love letter to the North by two artists who have been nurtured by it; with an earnest moral message about following your heart, and being honest enough with yourself to have the courage to follow your own path. I urge everyone who has ever felt the peace that comes from staring out over that great white expanse and found some clarity and purpose, to buy this book.

Nick MacIntosh’s art is for sale at Visual Effects Gallery. He can be contacted through Facebook. 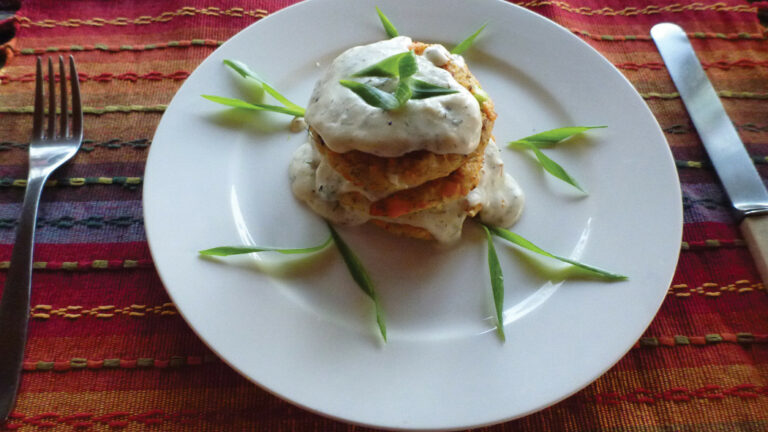