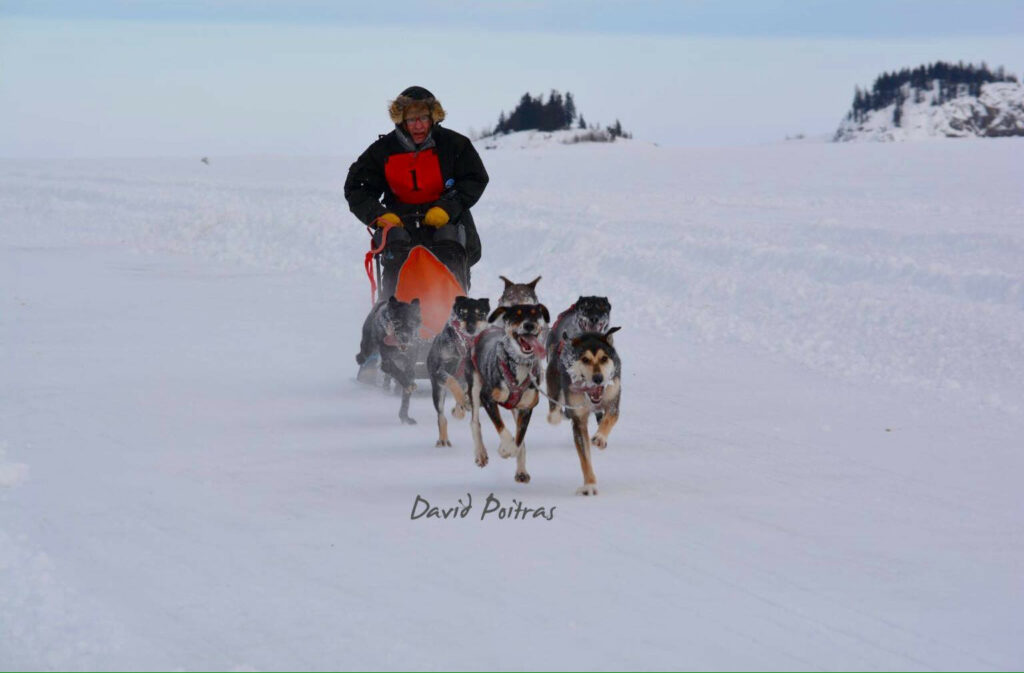 Poitras on the trail | Photo by Donald Voyageur

After over a decade, sled dog racing has returned to the community of Fort Smith on the heels of an unexpected champion: 72-year-old elder David Poitras.

A former addictions counsellor and chief of the Salt River First Nation, Poitras jumped back into competitive mushing three years ago after finding himself with some extra time in his retirement.

While the move to dust off his kicksled triggered some initial concern from his wife Martha — “she worries about me a lot because the dogs are young and I’m old” — Poitras says it didn’t take long for his family to get onboard with his decision. With the help of his son Matt and grandson Junior, the past few years have seen Poitras establish a tough little kennel that is now a force to be reckoned with.

“We’re one of the smaller kennels in the North, but we’ve always been competitive,” Poitras says of his current pack, which, including puppies, amounts to 16 dogs.

That was especially true last weekend. Against a swath of younger, fitter competitors, Poitras drove his dogs into first place in the six-dog races at Fort Chipewyan’s Winter Carnival, a testimony to the strength of his dog handling, the speed of his team, and the conviction that pulled him back onto the circuit.

Giving his son a turn on the sled this past weekend at the K’amba Carnival races in Hay River, the team once again made a solid finish, leading the pack on Saturday and finishing second overall in the six-dog category.

Poitras is hoping to keep up the streak at the Western Canadian Dog Sled Championships this week when they are held in his home town of Fort Smith for the first time in the community’s history.

Competitive mushing was absent from the town for over a decade, until last year when race organizers Sholto Douglas, a retired resource officer for Environment and Natural Resources, and fellow musher Jerry Voyageur, who recently relocated to Fort Smith from Fort Chipewyan, decided to bring the cherished event back to town.

This week’s races will take place as part of Fort Smith’s annual Wood Buffalo Frolics winter festival, which Douglas said needed a boost to bring in more visitors and give the community something to get excited about.

“Back in the day when I was growing up here and going to the college, it was a thing to look forward to. You’re coming out of the doldrums of winter into the spring,” Douglas says. “It kind of breaks the monotony of the long winter… It’s refreshing. It’s good to see the old races back on the highway.”

Poitras says it’s especially spirit-lifting for the old-timers who grew up with dogs and were used to seeing teams pour into town every winter.

“When people come in with their colourful dog boxes, it really brightens up the spring,” he says.

The races will run beside town along Highway 5 starting on Saturday and Sunday at 1 p.m. at the intersection with Raven Street, giving spectators a great vantage point from their parked trucks along the side of the road.

“We’ve got the best race trails in all of North America for spectators to see from start to finish, the whole race,” Douglas says. “It doesn’t get any better than that anywhere else.”

Mushers are expected to come from all over the NWT, as well as northern Alberta, Saskatchewan and even possibly as far as Alaska. There’s $7,500 on the line for the winner, and plans to make that pot even bigger next year when organizers hope to expand the championship to include open and 10-dog classes.

Though there are still a few people in Fort Smith who mush dogs recreationally or while trapping, Douglas says Poitras is one of the last of the old guard who is still active on the racing circuit.

“You know, he knows the sport, he knows the dogs, he’s a good trainer, and he puts a lot of effort into it, so the accolades go out to him,” Douglas says. “You have to clap your hands and acknowledge that he’s well into his 70s and still able to compete with the young guys.”

For Poitras, running dogs has always been second nature, and a family affair.

“My father was an RCMP special constable and he patrolled by dog team at the time, and so it was just natural for me because I was always around him and his dogs,” he says. “I think I have the same style as him with the dogs.”

But even though he grew up with dogs, Poitras wouldn’t start racing until 1973, the year after he became sober. He would spend the next few decades racing across the North, taking firsts in Pine Point, Fort Simpson, Fox Creek and elsewhere.

Although the recent race in Fort Chipewyan wasn’t a long one compared to some events, Poitras said nabbing the big trophy out of 18 racers was a joyous victory. 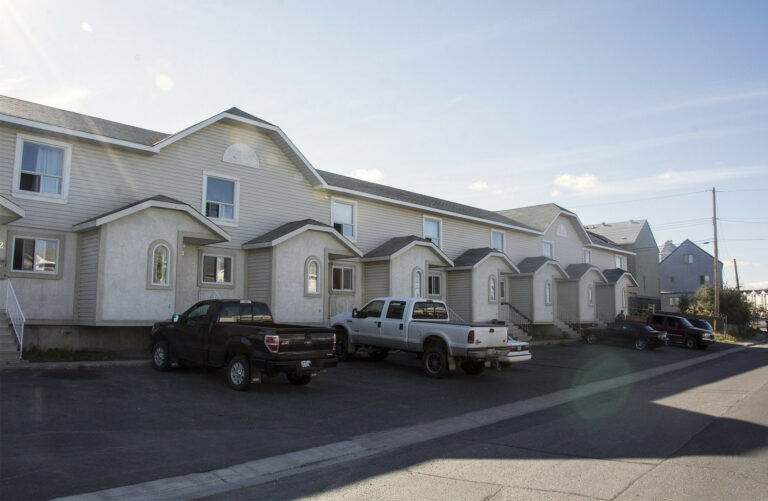