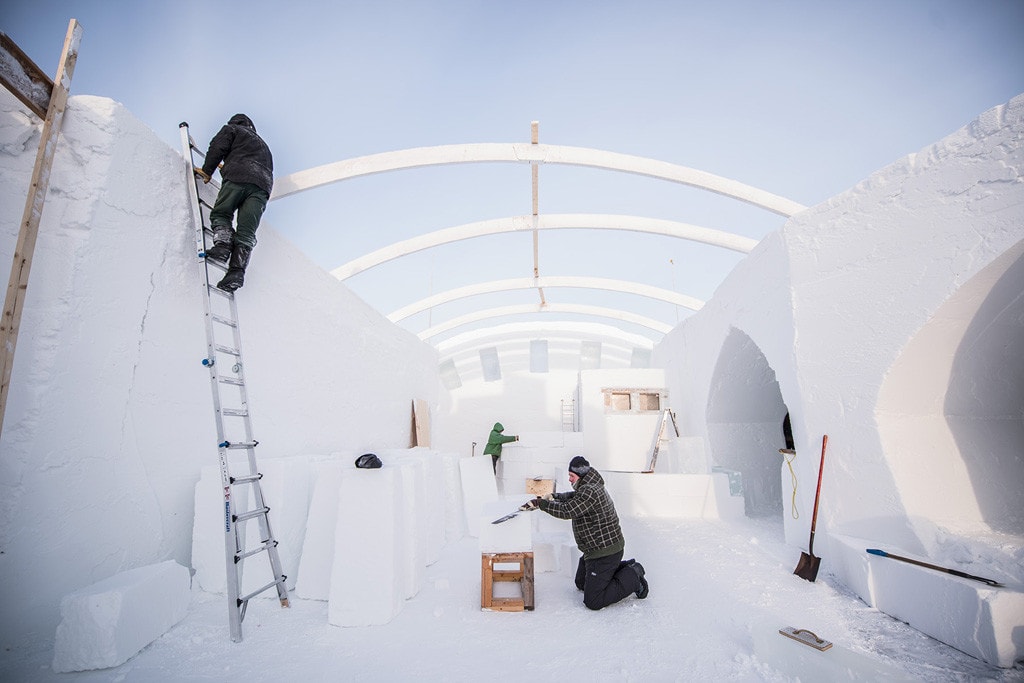 Angela Gzowski’s pictures illustrate the snowcastle’s size and scope and offer a peak into the building process. The image overlooking the rows of snow blocks, known as “the quarry,” is a great example of this. The blocks weigh up to 200 pounds each, depending on size. They are cut out of a larger block of snow using the big saw. It typically takes one day to cut about 20 blocks of snow, then they’re dragged along the ice to the quarry – now you’re getting it! The snowcastle is absolutely impressive and unique and the pictures detail the daily grind and challenges. The climate is an obvious challenge. Working six hours in often minus-30-degree weather is something you must get used to. Beards come in handy. So do boots with thick insoles and your standard yellow garbage mitts. The ability to shed layers is important and should be planned for. In many ways, working on the castle is like working construction, hydro, or any other profession outdoors during winter, except you’re making a snowcastle.

The snow crew has two months to build, starting January 1. Every day the crew hauls, shovels, lifts, drags, shovels, carves, cuts, and shovels until the opening day in March. The castle always seems to get built on time, but not without some finishing touches on carvings and crenellations when it opens. Resources are limited, aside from snow. A surprising first question from many castle visitors is “where did you get all that snow?” Yes, snow is plentiful, but there are different types. Freshly fallen snow is good to be blown over forms to make castle walls and archways. Fine snow is good for fixing small imperfections in walls and windows. Chunky and hard snow is shoveled away from the walls of the castle and back to the bay. If you’re down at the castle, the Snowking is the guy you want to talk to about this stuff. Other resources like the tools, ice windows, lumber, lights, and scaffolding are limited, as well. Efficient communication among crew members is important to avoid dilly-dallying during the building process.

That said, each crew member has a vision, thought, or design idea on various aspects of the castle. Sometimes these ideas differ, but everyone from the board to volunteers, carvers and builders is interested in having the best possible festival. Listening to each other during the building process is important because planning for next year is constant.

Angela’s snowcastle photos on EDGEYK.com have helped build the excitement and intrigue surrounding this year’s structure, likely the best one yet. I think in Yellowknife, you’re guaranteed a few things: live music at the Range, catching pike, smoky skies in the summer, and fun events at the snowcastle. See you down there! 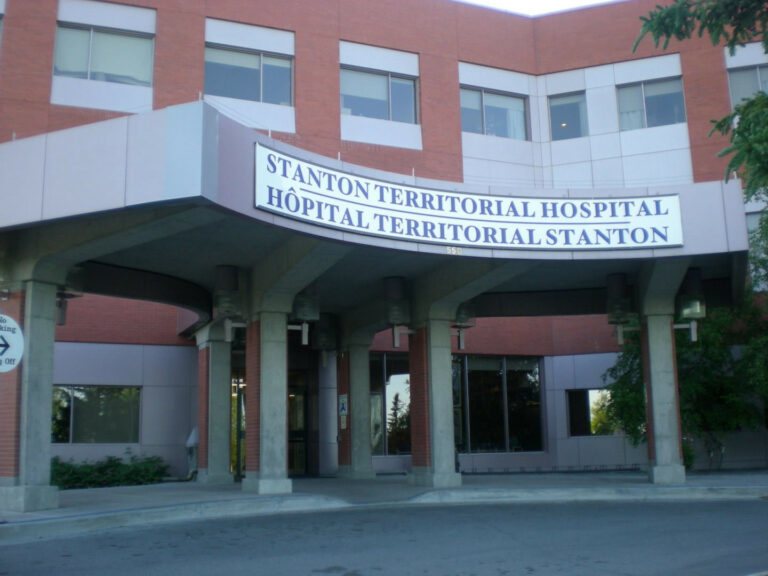 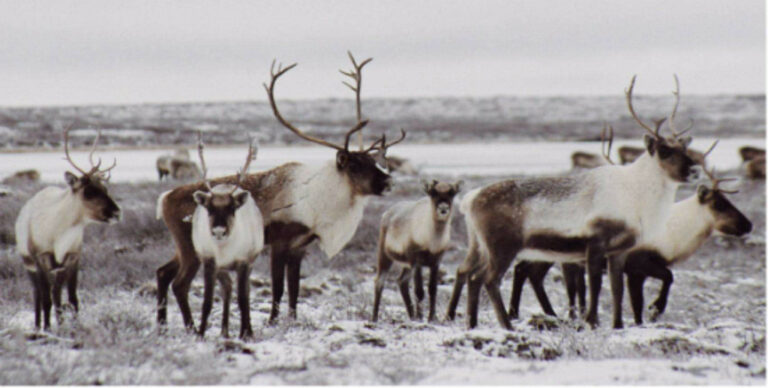