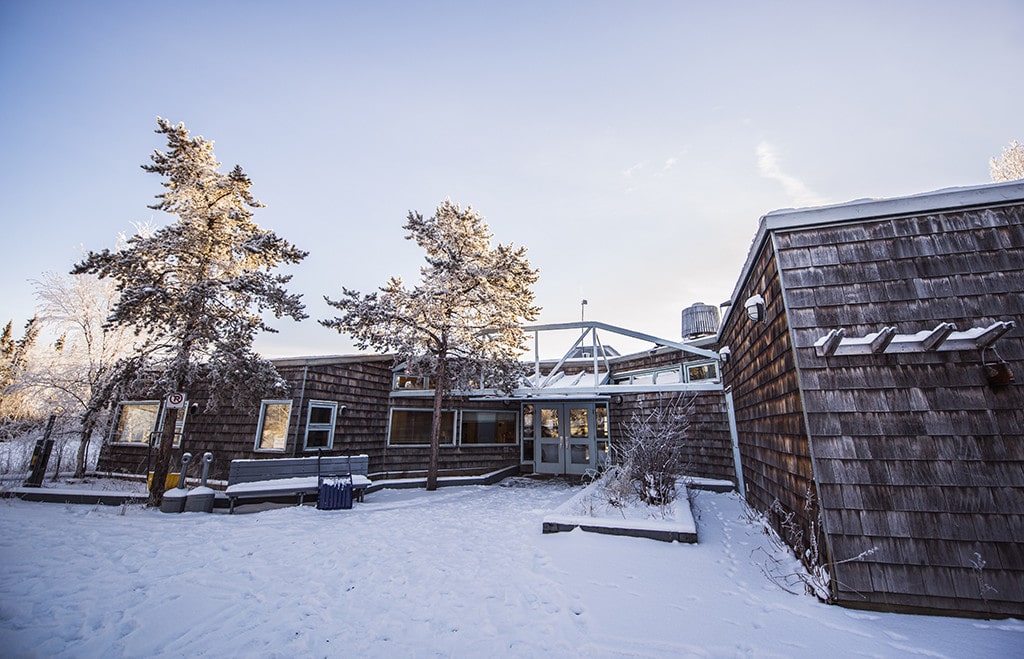 Following a recent sale, the former addictions treatment centre on the road to Dettah, which has sat largely unused for the past ten years, will be reborn as a hotel and tourism operation focused on Chinese tourists.

Plans for the property and the 14-room Somba K’e Lodge are still unclear, but things seem to be moving fast. At the end of August, NWT Housing Corporation, which has been in charge of the property since 1999, sold it for an undisclosed price (the property was valued at $1.2 million in March, 2011, according to an NNSL story) to Vancouver-based Arctic Outback Adventures, a company specializing in high-end Chinese adventure tourism.

The initial plan, says Arctic Outback CEO Emil Fung, was to turn the centre into a 20 to 25-room boutique hotel. However, in the month since his company purchased the property, one of their shareholders, who Fung says has more financial backing and experience in the global tourism industry, has decided to acquire full ownership of the property. The sale is still being negotiated, so Fung wouldn’t identify the purchaser or comment on their plan for the site. It’s expected the transaction will wrap up in the coming weeks.

The interest in the property, which was originally developed in 1991 by Northern Addictions Services for $3 million, has to do with a boom in Chinese tourists coming to Canada and the North in particular, says Fung.

Since January 2014, around 7000 Chinese tourists have visited Yellowknife, up from only several hundred a year, according to numbers collected by the Northern Frontiers Visitor’s Centre. Fung says the number is probably even higher.

“The driver was when Canada changed visa applications for Chinese tourists,” says Fung. “Now Chinese citizens can get a 10-year multiple entry visa.”

There’s also the general growth of an affluent Chinese middle class interested in travel, particularly to “exotic” locations like the Canadian North.

“We’ve seen people that are really curious and adventurous, they’re not coming to Canada to do the Vancouver, Banff, Toronto loop. They want to come to experience the North,” says Fung. “In China to say you went to the Arctic is a point of pride… It’s all got to do with the mystique of nature and purity.”

As with the Japanese tourism boom in Canada in the 1980s, says Fung, the “early adopters” tend to be “macho” guys looking for extreme experiences in nature. But there’s also a growing market for family travel based around aurora viewing.

The problem, says Fung, describing the market niche his company was hoping to fill with the Dettah Road project, is that Yellowknife doesn’t have the high-end amenities Chinese tourists are starting to expect and demand.

“Yellowknife is an old mining town, so the grade of accommodation is really not tourism-level,” says Fung. “It’s absolutely ludicrous. Even the Explorer doesn’t supply what a three-star Asian hotel would: there’s no bathrobe, no tooth brush, no slippers.”

There’s also a lack of things to do. He says he’s spoken with many Chinese tourists who find themselves “bored to tears” in Yellowknife. Sure, there’s the aurora. But when the aurora is poor or the weather is bad, there’s little else to do – other than eat, of course; but he points out the scarcity of high-quality restaurants in town.

“And eating is a huge part of the equation” for a successful tourism industry, he says.

Finally, there’s the issue of flights. The territory’s current tourism strategy is focused on increasing flights to and from Edmonton, he says. But if we really want to capitalize on the growing Chinese tourism market, there need to be flights directly from Yellowknife to Vancouver. Chinese tourists, he says, want to see Vancouver (or even skip it altogether) and then come straight North. There’s very little interest in Edmonton, and the prospects of losing a day’s travel due to missed flights and lengthy stopovers can be a disincentive for Chinese people coming to Yellowknife.

That said, according to Fung, some airlines are starting to look more seriously at a Vancouver-Yellowknife flight, particularly Yukon’s Air North.

So what’s the plan?

While Fung’s company will no longer be overseeing the development of the lodge, if the new plans resemble his, we should see some sort of answer to our shortage of high-end accommodation in the coming years, and perhaps more tourism activities that will make Yellowknife a less ‘boring’ place to spend time for our Chinese visitors.

It has to be said, with all the calls for a local addictions treatment centre, it’s a shame that the lodge could not be resurrected for its original purpose. But major private investment in Yellowknife’s tourism sector, especially high-end tourism, seems to bode well for local outfitters, cultural tour operators, retailers and art dealers. Who knows, maybe we’ll even get some quality Chinese food in town.

Chicken Dancer in the Living Room