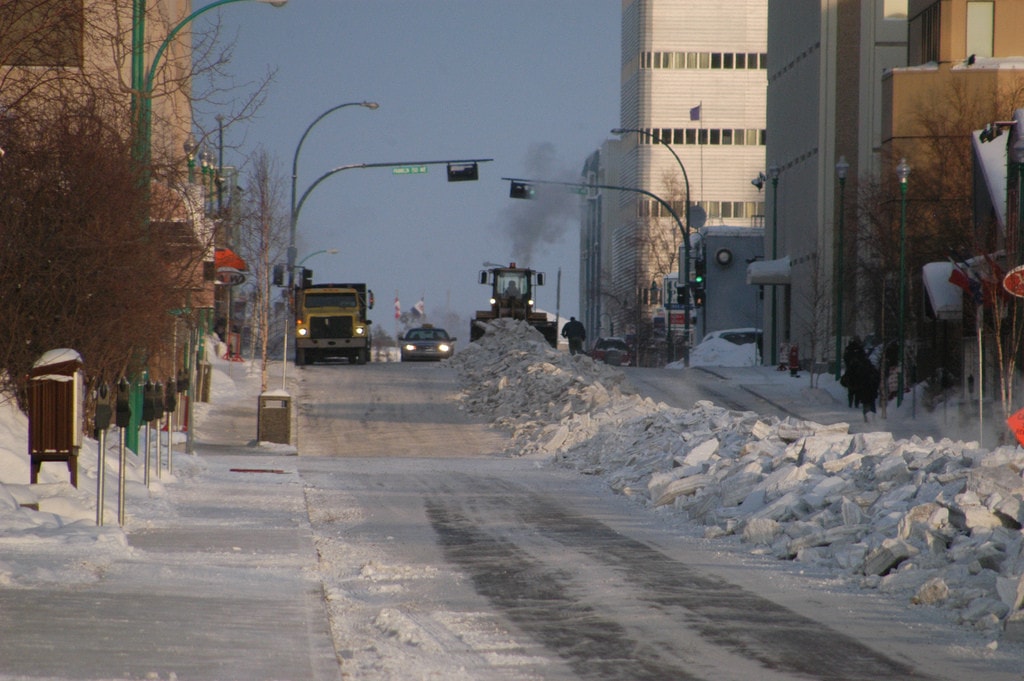 Snow-covered city streets are a fact of life in Yellowknife. So too, it seems, are the inevitable complaints, criticism and arguments that break out every winter about how the City handles snow removal. Whether it’s the frequency with which the streets are cleared, or the hours at which this happens (or even how close to the pavement the removal process should go) there is no public consensus on a solution. On any given winter day in Yellowknife, that debate plays out on social media, at office water coolers and around the city’s bustling circuit of bars and nightclubs. The City says it has been listening closely to this debate. And it’s pretty sure it has the solution.

City Services Manager I.C. Plough tells EDGEYK.com that he sympathizes with citizens who flood city hall with noise complaints about early-morning residential snow clearing. “I have small children myself, and I understand that it’s not ideal to have noisy machines outside your door at 4 a.m. But if we closed streets during the day, the other half of the city would be furrowing their brows and filling my Facebook feed with more nonsense about how incompetent the City is,” says a frustrated Plough. “We almost gave up on a solution altogether, when inspiration struck during one of the council’s Energy Efficiency round-table discussions. It was one of those ‘Aha!’ moments.”

Mr. Plough says complaints about the current service fall into three main categories: the equipment is too noisy; the job is not thorough enough; or, the process leaves an unacceptably high edge on people’s driveways. “Our new solar-powered process will address all three of these complaints, with the additional added bonus of having a zero-carbon effect on the environment,” says Plough.

But how does it work? Dr. Evan Esce, BSc., a environmental scientist who works as a consultant for the City explains the procedure.

“Basically, the rate of snow melt is dependent on energy availability, which is mostly in the form of radiation. Cold snowpacks have a negative energy balance, but warming causes the snowpack to become isothermal, and additional energy results in a positive energy balance and melt. In layman’s terms , the sun melts the snow once it has the available energy to do so.”

Due to the amount of solar energy required to melt the hard-packed snow, the project will not commence until late April. But at that point in time, the effect of the solar power on a winter’s worth of uncleared snow should be pretty dramatic, Esce says.

“Once the heat from the sun hits the optimal radiation level, we expect streets to clear within a week,” says Plough. “Best of all, you don’t even have to remove your car from the street. Which is great if your vehicle spent the entire winter embedded in one of Yellowknife’s world-famous snow drifts.”

Those concerned with how much the city spends to deliver its services will be happy to know that there is absolutely no extra cost to this new procedure, which will save the city approximately $1.45 million a year. However, the city admits it will still operate in a deficit for the first year or two, in order to pay for the $2.2 million in consultation fees incurred by Dr. Esce.