Changes to the city’s building code have launched a construction boom that promises to rapidly fill two-thirds of the projected need for 1,500 new dwellings over the next decade, and create something unheard of in Yellowknife’s housing market: a surplus.

“It’s an exciting time,” said Councillor Cory Vanthuyne, who has been watching new projects take shape across the city, from Kam Lake, through the downtown core to Niven Lake and the edge of Old Town.

Vanthuyne’s informal survey shows 900 units either just completed, under construction, or scheduled to enter the housing market during the next two years. You can see Vanthuyne’s breakdown of recently constructed and currently planned housing projects here.

He traces the surge to a breach in the dam built by regulations previous councils had aimed at fostering environmental protection and energy efficiency, but instead stifled development.

“We created the pent-up demand with regulations,” he says.

“The proof was in 2009 when new council did a review and in 2010 took off about a dozen regulations – all the weird and wacky stuff that hindered development.”

“There was almost no floor plan that a family could pick out of a standard magazine and develop without bringing an architect, engineer and project manager,” said Vanthuyne. “It added incredibly to costs.”

“The City and citizens realized we would get nowhere fast if we didn’t give serious consideration to reviewing those standards and de-regulating. As soon as we took out those regulations, we sold 17 lots in Niven Lake, and it hasn’t stopped,” he said.

The result is “little pockets of development popping up all over the place. People are seeing a variety of options at a variety of prices, from $179,000 for a one-bedroom condo in Niven Heights, to $800,000 for a custom-built home. It’s given an economic boost to the economy.”

There is a downside. The construction surge is magnifying the shortage of skilled labour and the approaching bulge in housing supply could leave some developers holding inventory while the market catches up.

Jordan Harker, a partner with Mark Avery in Redcliff Developments, said the boom is good for the city, “but Yellowknife is a small market and I don’t see the need continuing if everything that’s planned happens.”

Redcliff has done well, so far. It sold out all six units in a project on 51st Street, and has a piece of the former Bayview condominiums. But there will be competition at the top end of the market with Highstreet’s Niven Heights and Summit Circle Developments’ CAVO project.

“Those are both 60-unit projects; they will make a huge dent in demand,” Harker said. Redcliff hopes to avoid market saturation by sticking with its business strategy to “go slowly, small project by small project.”

Vanthyune said it isn’t for the City “to determine when to start and stop on this stuff.” After years of near zero vacancy in apartments and limited choice in housing, “having some inventory is good. We’ve been asking companies and military to locate their people here, but every time they try, they find there is no housing. Now we can get ahead of the curve and stay there.”

The boom is delivering a side benefit: in-fill condominium and apartment developments are replacing time and weather-worn housing stock in the city core. Small businesses are taking up residence there and in 10 years, Vanthuyne predicts “the city centre won’t look the same.”

Almost forgotten in the boom is the Eco Housing project on 48th Street. Its mandate to introduce and test new construction and energy efficiency techniques to the Yellowknife market ironically gives form to the intent of the discarded city building regulations.

The 900 units in Vanthuyne’s list will meet “stringent requirements for energy efficiency” but none – except the 24 units in the Eco Housing project – stand to benefit from whatever useful innovations it demonstrates.

“I support that project,” said Vanthuyne. “It will serve a particular niche group and the initiatives that are being developed are innovative, modern and simple. It can be assessed and the whole city can learn. But we caused a major freeze in housing development by putting those ideas into regulations before they were tested.” 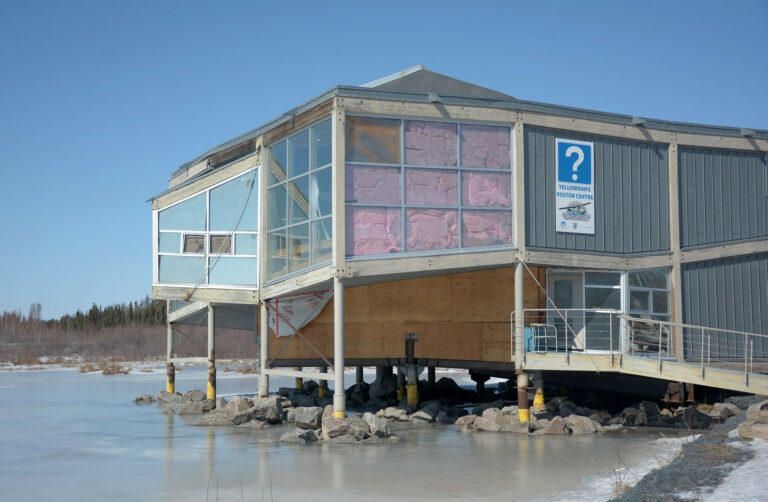