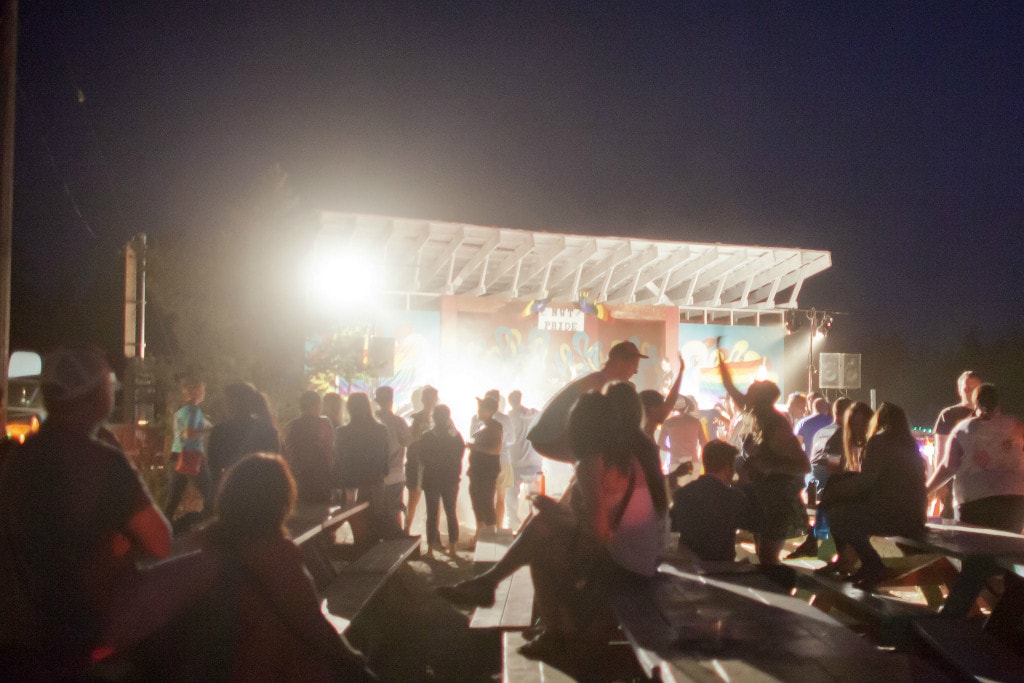 Long before NWT Pride existed, a group called OutNorth, born out of a national organization called EGALE (Equality For Gays and Lesbians) led the queer community in Yellowknife. They helped organize LGBTQ+ events by passing around cake at the post office, holding Pride events at the Explorer Hotel, and hosting vibrant social events every Halloween.

They had two missions: lobbying municipal and territorial governments for gay and lesbian rights; and creating visible social events for queer people. One of their great successes was the City’s adoption of Pride Day, on June 10th, 1998.

Yellowknife was known as a safe place for queer people, says Julie Green, a former member of OutNorth who is running for MLA in Yellowknife Centre. The town was attractive, she says, because of its perceived easy-going attitude towards sexual diversity.

“Most people [who attended OutNorth’s Pride event at the Explorer Hotel] were allies. Yellowknife gets it. Everybody is part of society, no matter your sexuality,” says restaurateur Jason Perrino, a prominent member of the queer community and participant in OutNorth’s community outreach.

When Jason came to Yellowknife in ’98, he says, he felt safe in every pocket of the city, only experiencing homophobia during a few drunken encounters. Many other participants in the Rights Acquisition Movement of the ’90s and early 2000s, which centered around same-sex marriage and adoption, would say the same.

But for those who grew up in the North, Yellowknife was often a completely different environment, even quite recently. Jacob PaQuette, a 21-year-old queer-identified Yellowknifer who now lives in Vancouver, had to learn how to brawl just to survive.

“I really had to fight, like actually fight, to build a safe space for myself,” he says. “Being in the North, if you are out of the closet, the more attention you bring to yourself. The worse it gets. The North isn’t safe.

“I experienced [homophobia] a lot from people obviously in my age group, but then also from adults in the community. I’m that scary, gender-bending faggot who looks like a hot chick from behind.”

This hostile environment, from both from adults and cohorts, was found mostly in the public school, Jacob says. Surprisingly perhaps, considering existing perceptions, it was when he transferred to the Catholic system that he found protective and supportive teachers.

While Yellowknife’s modern queer community is considered by most of its members to be an egalitarian one, it is still largely dominated by women, with a notable lack of visibility for youth, gay men and trans-women.

Activist Lorne Gushue, an ex-director of OutNorth who arrived here in 1990, said that his first experience of the community, “was a houseboat party with 60 or 70 women, and you know, about 10 men. And it was grand.”

But it hasn’t always been such a female-dominated scene, he adds. “Someone who lived here a lot longer here than me, about 25 years or so, said that before AIDS, the men’s community was just as loud and proud in Yellowknife, strange as that may seem… there were a lot of out men here at the time. But with AIDS and the crisis in the late 80s/early 90s, a lot of guys said f*** it, let’s go to the big cities, for whatever reason.”

Changing of the guard

After the federal adoption of same-sex marriage rights in Canada in 2005, OutNorth began to dissolve. Without  a mandate to fulfill, and no new board members coming up to the plate, the long-lasting organization was burning out. Gradually, everybody went their separate ways.

It seemed like people became complacent, Lorne Gushue speculates. The war was over, “so who needs to sign their name on a petition? Who needs to go and march in front of the legislative assembly, who needs to go stamp their feet at City Hall to get the flag raised because: ‘We won, damn it.’”

It became harder to rally people together and get volunteers. However, Gushue says, “there were still kids who were encountering bullying and opposition. There were still trans people whose acquisition of rights still are not quite at the same place as gays and lesbians were. So there was still a lot of work to be done.”

Yet between 2007, the final dissolution of OutNorth, and 2011, the start of It Gets Better YK, there was no LGBTQ+ organization in Yellowknife.

Jacq Brass, co-founder of It Gets Better YK, talks about its roots. “[Nancy MacNeil] sat [me and Nicole Garbutt] down in Javaroma and said ‘Look, all these gay kids are killing themselves. This is an issue.’

“I was so privileged as a kid to have a family that supported me and loved me,” Jacq says, also noting that her access to the older queer community gave her strong role models after she’d come out at the early age of 12. However:  “At the end of the day, I hated who I was and I didn’t want to be me because I wanted to be normal. That’s how I felt with so much support? I can’t even imagine how kids who don’t have that support feel. I think that’s really why I wanted to start It Gets Better so much.“

“The political manifestation of young people is different. It’s not better or worse, it’s different,” Lorne Gushue says. “It’s very easy and meaningful to like something, or to click or to post something or to retweet something. That in itself can be a very powerful act, and a very political act.”

Come hang with us

Iman Kassam, co-founder of NWT Pride, says she didn’t start the festival to address any of these issues. To her, it was just a piece of home she wanted to share with her friends.

“When I started it, it wasn’t like Yellowknife is missing this thing and I’m gonna come fix it and bring it in. It wasn’t at all like that. I wanted a party for my friends. After talking to other queers in the city, they were . ‘We should do panels, we should do workshops, and live music and DJs too, and rock bands. Let’s have it at a bar, oh, let’s have it at FOTR.’ These ideas just blossomed from these discussions, and then we made it happen. The word got out there and a couple people started trickling in.”

Now, on the occasion of its fourth anniversary, NWT Pride has transformed itself into a northern festival that strives to educate youth and to maintain a visible presence for the queer community. But they haven’t forgotten what OutNorth and the older activists did by building a solid foundation.

Likewise, the older community hasn’t forgotten about the youth. “What does Pride look like mostly? Education. Making sure young people know they are included.” Jason Perrino explains.

“I can name, like, 40 people in Yellowknife who came out because NWT Pride made Yellowknife safe,” says Jacob PaQuette. “The way that NWT Pride did it was: “Come hang out with us.” That’s all that was, and all that it should be.

Says Jacq Brass: “Our first festival I met a lesbian couple who had been together for 35 years and they had come out three years ago. I remember talking to one of them and she said I have never been able to dance with my wife this way, feeling this safe and comfortable.” 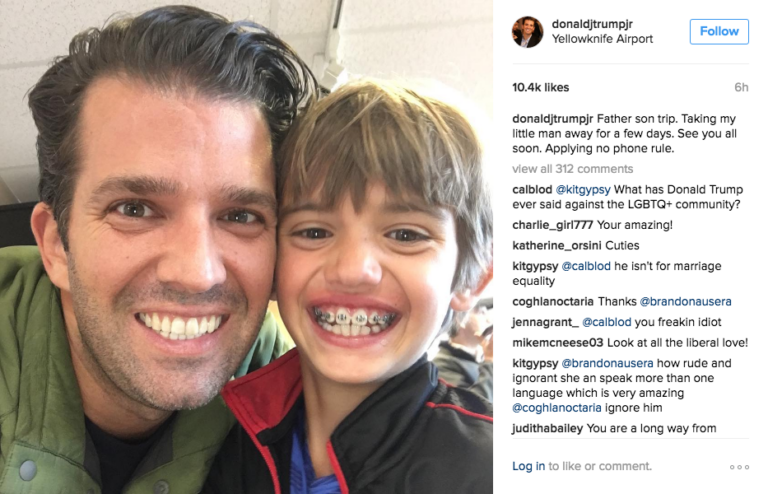