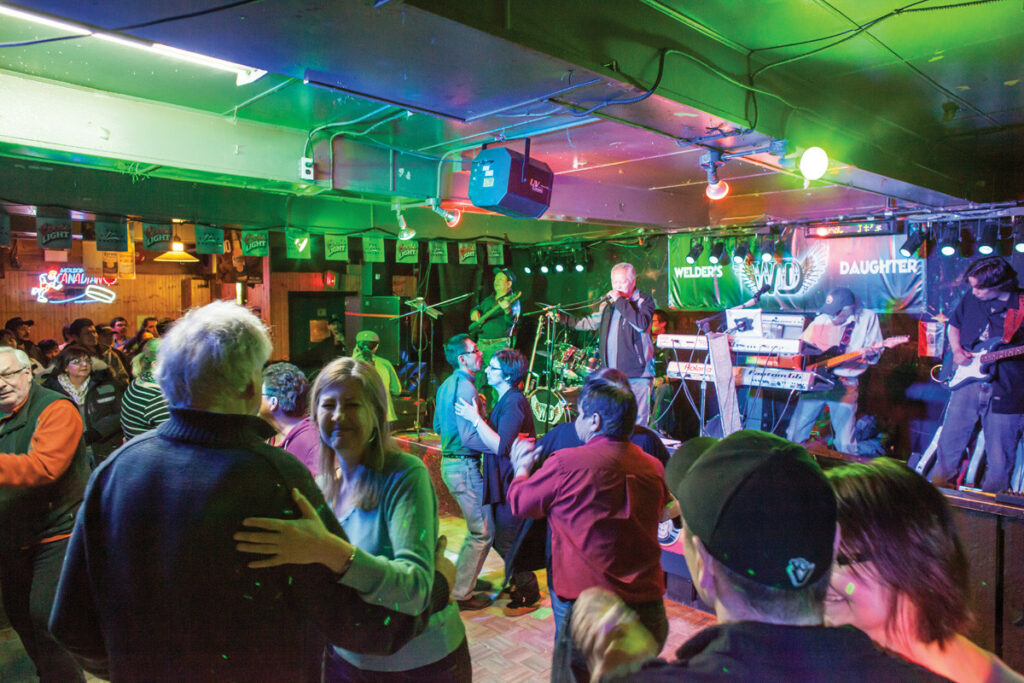 Unconditional love is hard to find; yet it’s the one thing we need most of all. It gets lost in our everyday lives as we worry more about creating an impression and making money than being kind, and loving the people around us. We don’t realize how self-centered we’ve become or what’s missing until it’s gone. But there are moments, moments when the fog lifts, for a second, and one catches a glimpse of why we are here and how we are meant to be. I had one of those moments recently.

Death has a way of removing all pretenses. If you want to see people being real, go to a funeral. I went to a memorial service in Yellowknife in January. Over 300 people packed into Northern United Place to say good-bye to a young man who was not only an incredible musician but also a beautiful human being. His death was unfathomable and yet not unexpected. Walter Girrior was much loved. There was something special about him that was immediately apparent to anyone who met him. He was authentic. He lived his life according to his own terms and he died the same way. I wasn’t close to Walter but we were part of the same community and as such, I felt a deep sadness when I heard of his death.

Yellowknife is a big city compared to where I come from. I moved here from Nunavut 25 years ago. I grew up in a community where everyone knew your name, what you were doing – no one knocked before coming into your house – and the line between immediate and extended family didn’t exist. I grew up in a community where holidays were celebrated together and tragedies that touched one family touched us all.

For years I looked for that sense of belonging and connection here. It wasn’t until I met my husband that I found it. My husband is a musician and one of the greatest gifts he’s given me is an introduction and a backstage pass to Yellowknife’s incredible community of musicians. A couple enjoys a dance at the Charles Nabess fundraising jam. Anthony Storr, author of “Music and the Mind,” stresses that in all societies, a primary function of music is collective and communal, to bring and bind people together. Yellowknife’s community of musicians brings together people from all walks of life. It doesn’t matter how old you are, what race you are, or what you do for a living; if you sing or play an instrument you’re in. And then there are those of us, who by extension, are included: family members, groupies, spouses, as well as videographers and editors who capture their performances, and people like Jeff Pitre from PIDO Productions, who provides gear and PA’s for just about every musical event in the city, whether it’s a paying gig or not.

Everyone knows everyone and membership isn’t dependant on your level of talent or style of music. There are innumerable characters, from the well-known players like Leila Gilday and Digawolf to Yellowknife’s mainstay musicians like “The King,” Ernie Constant, and seasoned veteran, Charles Nabess, who fronted the house band at the Gold Range for over a decade.

Over the years I have seen Yellowknife’s musicians jam together, and perform at shows and festivals, but I have also seen them come together to help people in deep distress, pooling their strengths and working together to help bring a special kind of healing and hope. Musicians like George Tucaroo, John Tees and George Mandeville regularly play for seniors at the Avens Centre, and Grey Gritt, Bobbi Bouvier, Murray Dick and his sons step up to the plate for “Yes We Care Day,” an event that gives those who couldn’t otherwise afford it, a day of pampering with free food, free haircuts and live music. Most recently musicians turned out in droves for a benefit jam at the Gold Range for Charles Nabess, who is battling colon cancer. The benefit raised over $8,000 in four hours. That money will go a long way to help one of the North’s hardest working musicians cover his bills while he’s getting treatment.

But of all the times I have witnessed this community come together to offer their support and strength in a time of need, I have never been as moved as I was at Walter’s memorial. And never have I been as aware of the power of music to transcend all barriers and awaken in us a sense of love. As I sat there beside my husband and I listened to all those who loved Walter, pushing through the grief to pay him homage in the best way they knew how, I was overwhelmed by emotion. And when the Yellowknife Choral Society, dressed in Walter’s signature style, sang their heartfelt harmonies, they lifted each one of us to a sacred place that united us at once with Walter and with everyone in that room. I left that day knowing that all of us would always carry that moment as a reminder that it’s the connections we make with one another, while we’re here that matter.

A former journalist with CBC North Television, Jennifer Hunt-Poitras spent 15 years covering stories across the North. She grew up in Pond Inlet, Nunavut before moving to Yellowknife in 1989, where she met her husband, Norbert Poitras.