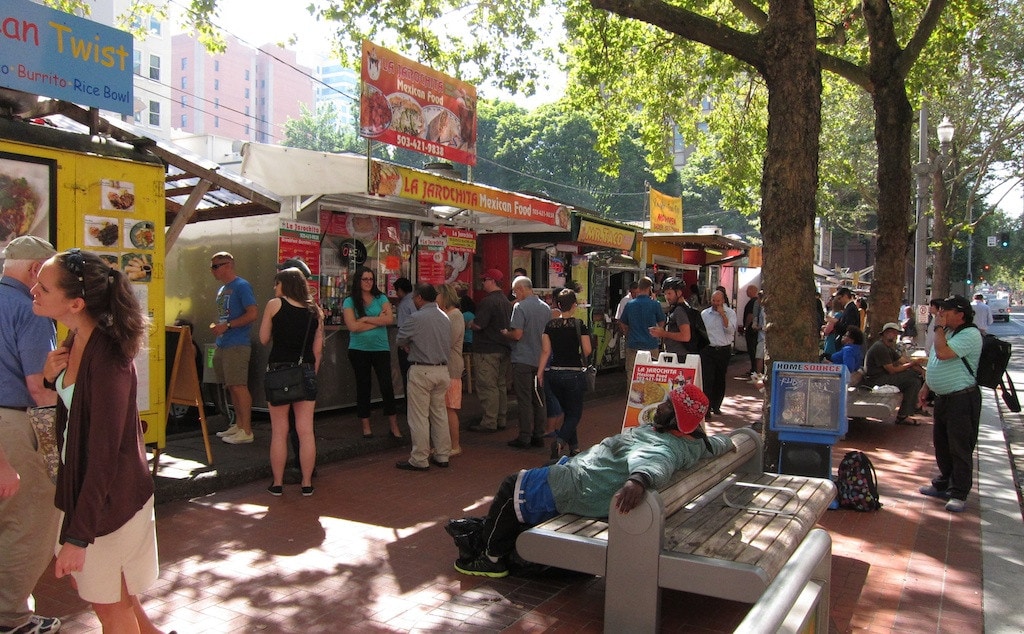 Food trucks circle around a makeshift patio of tables and chairs in the middle of a downtown parking lot; late into the evening, people of different backgrounds mingle freely in the festive atmosphere, grabbing a bite to eat between shopping at local stores; this is the stuff downtown revitalizers’ dreams are made of.

It’s a delicious scene, and one that could conceivably be gracing Yellowknife this summer, with food trucks being given a semi-permanent home in the large empty parking lot on the corner of 50th Street and 50th Avenue.

Right now, it’s nothing more than an idea. However, food trucks are going to be discussed at Monday’s Municipal Services Committee Meeting, and the 50/50 idea may be at the forefront of that discussion.

The plan certainly seems to have the support of several city councillors. On Wednesday, Heidi Kane posted about the idea on Facebook and received enthusiastic replies from two city councillors and a nod from Mayor Mark Heyck.

“I’ve been pushing that exact concept since my trip to Portland last fall!” wrote Coun. Adrian Bell. “The beauty of this model is that the food trucks could stay in place 24/7 if they wanted to. They wouldn’t have to vacate the downtown at 4:30 every day when Franklin becomes a 4-lane street. And if we charge them a flat annual fee rather than an hourly parking meter rate, it would incentivize them to extend their daily hours and their annual season.”

Coun. Dan Wong chimed in enthusiastically: “It gives YKers a reason to take back that space, or to bring the rest of the community back into the heart of our downtown, a better tactic than trying to chase homeless ppl out.”

Kane’s husband Pat Kane, who recently returned from a trip to Portland, Ore. added his two cents to the thread:

“My host [was] a former City Councilor and urban planner. He said although it doesn’t solve the problem of homelessness, that’s not really the point of this. The food trucks have decreased crime downtown substantially, created gathering places for people well into the evening (which contributes to crime numbers dropping) and overall added culture to the city.”

With all the positive feedback, it certainly seems like an idea with legs. However, in Yellowknife, it may be a case of planners and dreamers planning and dreaming while the actual businesses want little to do with it. EDGE online only managed to reach two food truck operators, but neither seemed particularly keen on the idea.

“Having to stay in one place defeats the purpose of having a food truck,” says Wise Guy’s Robin Wasicuna. “It’s nice not to have those restrictions. If there’s a baseball tournament going on, I’d like to be there.”

He did, however, support the idea of using the 50/50 lot for a monthly or bimonthly food truck festival, similar to what happens in other cities.

“They usually make an event out of it, all the food trucks in a big horseshoe shape, sometimes with a DJ, people selling beer; those events are great for reviving and taking back the downtown core. Though not on a regular full-time basis.”

Sousanh Chanthalangsy of One of a Thai worries that there are more restaurants to compete with near the 50/50 lot, compared with her spot by the Greenstone Building.

“It’s not fair to other businesses, the ones in the malls… If we’re down there I feel like it’s going to be a little war.”

The possibility of staying downtown past 4:30 pm didn’t really appeal to her either; given the relatively small number of people coming downtown in the evenings she usually relocates to near Walmart for the evening rush.

This lack of pedestrian traffic at the city’s heart is precisely the kind of thing downtown revitalizers are hoping to change, with food trucks acting as a catalyst.

Whatever direction City Council moves on Monday, one thing’s clear: food trucks on 50/50 is the second best plan anyone’s had to date for City’s $1.45 million downtown investment. 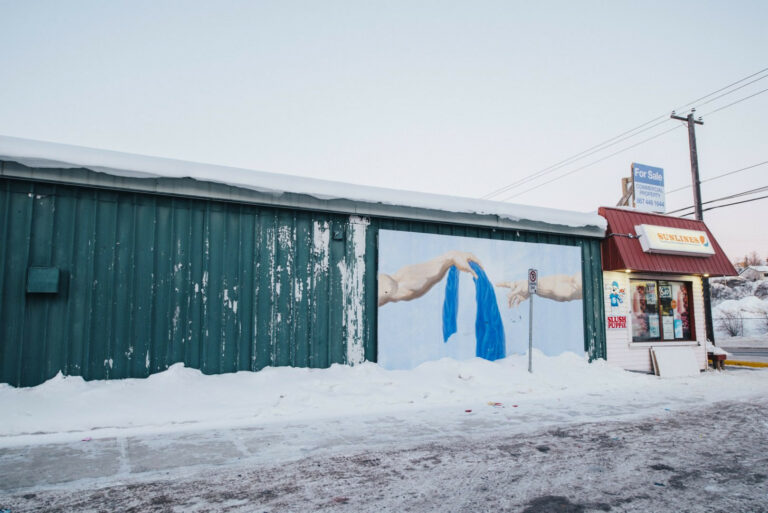