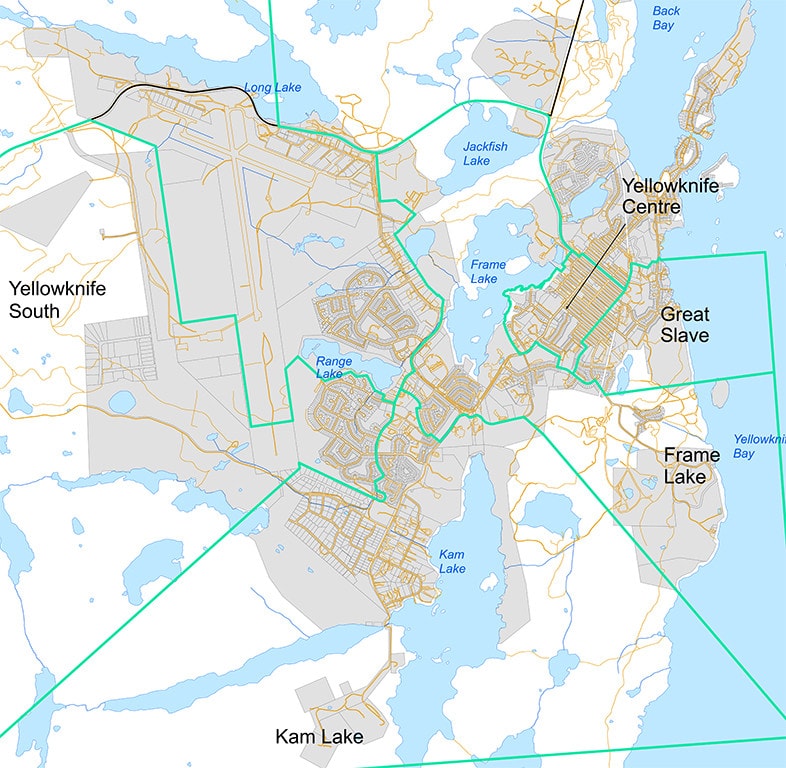 City council looks set to take the GNWT to court over Yellowknife’s under-representation in the legislative assembly.

The four councillors present at Monday’s municipal services committee expressed interest in a legal challenge, though it won’t be discussed officially until the council meeting this coming Monday.

“Your right to a fair share of representation in a democracy, there’s fewer things that we would need to fight for more,” said Councillor Dan Wong. “Obviously this isn’t something we would choose to fight, but we’ve been put in a situation, and we should proceed.”

Earlier this year, council asked justice minister David Ramsay to refer the issue to the NWT Supreme Court for a constitutional opinion. This came after the GNWT passed Bill 18 in May, which rejigged some electoral boundaries but kept the number of seats the same. Ramsay denied the City’s request.

It’s not the first time the question of underrepresentation has been through the courts. In 1999, following the creation of Nunavut, a group of Yellowknife citizens called the Friends of Democracy mounted a successful legal challenge that led to the creation of three new ridings in the NWT, two in Yellowknife and one in Hay River.

The report delves into a wide array of problems the division faces, but doesn’t address corporate culture or public perception of the division.

“What we have in front of us are half measures. Tweaks to our IT system, rewriting training and job descriptions, tasking public works with repairing parking metres instead of having MED do it. I think these are half measures and I don’t think they’re going to get us to where we want to go,” said Wong.

“At this point we need to be bold. As a councillor, it’s very difficult to support MED when they’re out of step with community expectations,” he said.

The consultants from Vancouver-based Perivale and Taylor said they didn’t assess community perception because of the difficulty measuring it empirically. A detailed phone survey was possible, but at around $30,000 it was prohibitively expensive.

Councillor Adrian Bell, said council was to blame for giving too small a budget and not enough direction to the consultants.

“Yellowknifers wanted answers about corporate culture …  and I believe most of us on council wanted that kind of discussion as well. It didn’t make it into the terms of reference … it’s not that they didn’t go far enough, it’s that we didn’t ask them to go far enough.”

The request for proposal sent to the consultants was written by a steering committee that included one councillor, the mayor and several members of administration.

“Steering committee doesn’t work, we need more eyes looking at these things and we need more analysis next time we do one of these operational reviews,” said Bell.

A further problem was the consultant’s inability to recommend MED staffing levels because of a lack of information.

“The great majority of the workload is self-initiated, so it’s very difficult in those circumstances to state empirically how many people you need at what time, in what place. Until we have this sort of system to be able to say you need more people or fewer people would be unreliable,” said consultant Keith Taylor.

“I was incredibly frustrated to see in this report that basically the response was ‘we would have loved to, but we just can’t tell you how to spend your resources because we don’t know what you’re doing,’” said Bell.

The plan does outline long-term goals to address information collection. One goal is to bring in an IT system to track what MED officers are doing. Senior administrative official Dennis Kefalas said the City already has a GIS mapping system that should be able to do the job.

2015 Taxes going up, though less than projected

Property taxes are still going up next year, though by less than expected. Taxes are slated to rise by 2.98 per cent as opposed to 4.68 percent forecasted in May, said Carl Bird, director of corporate services.

Even with an extra $418,000 pouring into city coffers from post-assessment property taxes, City revenues are expected to come in around $1 million less than expenditures. Bird says the City will cover the shortfall with money from the general fund’s surplus. Otherwise taxes would be going up even more.

This isn’t good enough for Councillors Rebecca Alty and Niels Konge, who want to see no tax increase next year.

Alty suggested dipping into the Operations and Maintenance budget. “There’s still a little bit of wiggle room in O & M, if we’re able to go buy TVs for the multi-plex,” she said.

The discussion happened during a Monday budget update from Bird which comes several weeks ahead of council’s next budget session.

The City is set to spend $21.97 million on capital infrastructure next year.

“It’s interesting to note 90.81 per cent or $19.59 million is directly related to the City’s asset management plan for the replacement and maintenance of existing City infrastructure,” said Bird.

The biggest item is $8.3 million towards the new Water Treatment Plant. Among other things, the City is also looking to spend $1.22 million on a new ice-making plant for the arena, as Freon, a chemical used to make ice, is being phased out.

The general fund’s budget is coming in at $34.63 million. That’s an increase of roughly $1.5 million compared with last year.