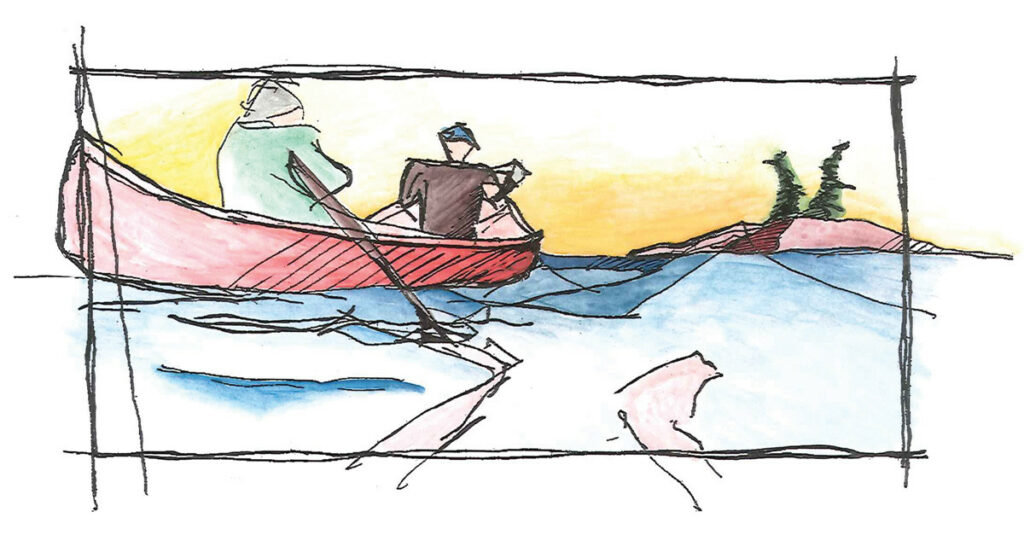 Story and artwork by Chrissy Taylor

In June 2012, I visited Hamilton Ontario briefly before returning to Yellowknife for the summer. While packing, my mom handed me my swim suit. “You might need it,” she said. I shook my head, “I didn’t swim once the last time I was in Yellowknife, it’s a waste of suitcase space.” She insisted, “just in case.”

My name is Chrissy Taylor. I’m an architecture student who has lived in Yellowknife on and off for three years. Last summer, without swim training beyond the age of 10, I attempted to be the first person to swim across the North Arm of Great Slave Lake. This entire experience snowballed from one initial swim to Dog Island following a dare while house-sitting a houseboat. The North Arm attempt had me swimming for 20 hours straight and further than I anticipated, when the wind picked up and forced me to stop.I want to share a bit of my experience last summer, the North Arm attempt and the five swims leading up to it.I always keep a sketch book with both visual and written information about almost every aspect of my life. The North Arm swim cannot be told or explained as a singular experience and I don’t see it as a failure, but merely a positive step towards achieving a larger goal. In fact, every swim was a lesson learned with more knowledge gained and, more importantly, confidence. This process and learning curve is visible in my sketch book from last summer, some aspects are more interesting than others. I’ve shared a few of the more interesting details. I knew as soon as my friend dared me to swim to Dog Island that the goal was well within my reach. It’s true that I don’t have any formal swim training but I have always been a very strong swimmer. I can’t imagine a situation in which I would be too tired to swim and I suppose I assumed everyone was able to do this.

I knew by looking at Google earth that Mosher was roughly twice the distance of the Dog Island swim. Being able to see my goal, I was completely confident that I would be able to achieve it.

One of the best things about Yellowknife is the people and the positive “you can do anything you want” attitude. I feel like if I were working in an office anywhere else the general reaction would be much different. Whenever I told someone about swimming, I generally received positive, “keep going” feedback. There was always someone willing to just sit in the support canoe and spend hours of their day drifting along beside me, or willing to dispense information about Great Slave, or volunteer their boat. Last year wouldn’t have been possible if I wasn’t in YK, and is one of the reasons I have grown to love this place and miss it when I’m away.

Unfortunately my canoe guy (and co-worker) Mark and I did not check the weather forecast before heading out on our swim to Detah, and at one point we were not making any progress paddling/swimming against the wind. Eventually we made it to Detah, about half an hour before a huge storm hit. Mark and I attempted to canoe back but we were unable to make any headway paddling in the storm. Stranded in Detah at 12 o’clock at night, we were forced to call our boss, Wayne Guy, to rescue us, who did so, to our relief, with great enthusiasm and excitement.

The first official swim I was accompanied with not only a canoe but also the Naocha One, Wayne’s live aboard that can hold people and supplies. Lasting seven and a half hours, the Mackenzie Island swim gave me the confidence I needed to pursue further open water swims. After this swim I began to talk about the possibility of swimming the North Arm.

I needed additional practise in big water and at night when the North was beginning to see darkness again.

Around 2 a.m., the winds severely picked up when the canoe and I were navigating water filled with rocks. For the first time I felt what it was to not be in control of where I was going in water, at any point I felt like I might be thrown against a rock.

After a long difficult night, the sun rose and the waters calmed, I was swimming along shore, no longer in the middle of the lake, and the goal was once again in reach.

The trip in from the West Mirage Islands took 14 hours and the North Arm swim we had been planning was about 17 hours through similar conditions. This success gave me the confidence to take the next step, the North Arm of the Great Slave Lake.

The interesting thing about the North Arm attempt was that I was unable to see how it was going to end before I started.

It was around the middle of the afternoon that I caught my first glimpse of land. It was so low and dark that it almost felt like a mirage. It was also around this time that the wind began to change, the waves were bigger and starting to switch direction.

It was late afternoon and we were very close to an island. I could see the definition of the trees, and my experience told me it was about a normal hour’s swim away, but the winds had turned and were now directly against me. I swam for two hours and the island did not get any bigger, it stayed in the same place and I felt like I was a hamster on a treadmill.

THE POWER OF POSITIVE THINKING

Accompanying me on the swim were the Davidsons in the support boats, among others. Jesse tells amazing stories of his previous travels and Ayla is one of the most positive people I have ever met. While accompanied by them, swimming felt easy. They truly taught me the power of positive thinking. When approaching objects in the water, you expect them to move towards you at the same pace as if you were in a motor boat or canoe. Sadly this is not the case; swimming in open water is mentally challenging because the scenery doesn’t change often.

Seventy per cent of long-distance swimming is mental. Swimming in the middle of massive lake (and deepest in North America) in the middle of the night, being hit by waves can be a terrifying experience for the strongest swimmer. I have quite the over-active imagination in the darkness. Massive Pike from the Yellowknifer’s catch of the week and frightening tales told in the Black Knight by locals living in YK for years lingered in my imagination. The actual length of my crossing was 24,560 metres, the actual depth was approximately 3,500 metres. But if I allowed myself, I imagined far worse. Thirty per cent of the swim is about being physically able, the rest is about controlling your thoughts and emotions.

Getting into the 11-degree water, I knew I was in trouble when I was unable to warm up and adjust to the temperature.

The sun began to rise and I felt like this would make everything better: the temperature and my over-active imagination. I was wrong. With the sun came the waves and glare off the water directly into my eyes. I felt like I was getting the coldest sunburn of my life while battling six-foot rollers.

I have never been in Yellowknife for the winter, but in the water that August day, I got the full experience. The icy waters numbed my legs until I could no longer feel them and put enormous pressure on my chest. I have never been so uncomfortable, and the thought of going back in the water is the only hesitation I have about attempting the swim again this year. Architects are primarily concerned with representation – put your vision to paper, hash out your ideas, express them to others and finalize a design. Essentially, this is where architecture happens. Having an accurate representation of a building it is almost completed; the idea is fully expressed. After a building is represented, it almost doesn’t matter if it is built because it exists as a finished idea.

If I approach this year’s North Arm swim like an architecture project, if I plan and represent the second step for the North Arm of Great Slave Lake, it is bound to become a reality. If everything is planned with a beginning, end and a clear intention, if I can visualize the journey and accurately represent every last detail, it will become a reality. I can successfully complete the swim.

As I said, the previous summer was a learning experience, every swim was a lesson learned. In order to successfully complete the North Arm of the Great Slave Lake a few conditions need to be changed. This time we need to start on the east shore and swim west, so I can navigate the islands at the beginning of the swim instead of at the end, and so that I will be able to see the land I am swimming towards. We will have to wait for ideal weather conditions, with just a slight wind in the correct direction and it must be attempted earlier in the year. If the correct conditions are chosen, it shouldn’t take longer than 17 hours. It will still be a mental challenge and physically demanding. I’m sure there will be unnervingly large waves and unpleasantly cold temperatures, but this time I can see the ending. I can see the success. 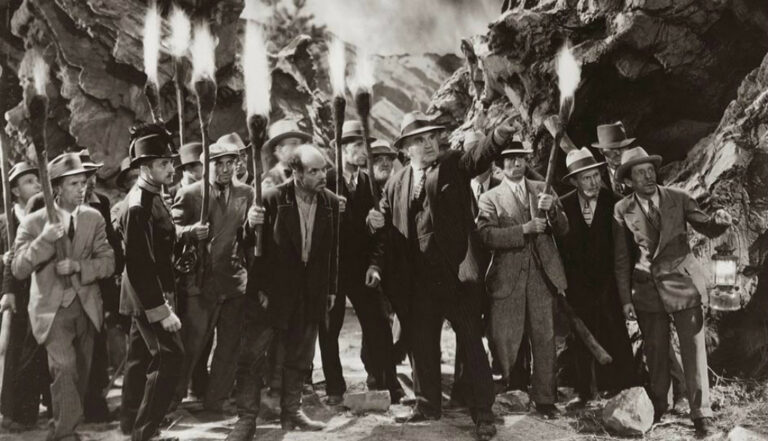