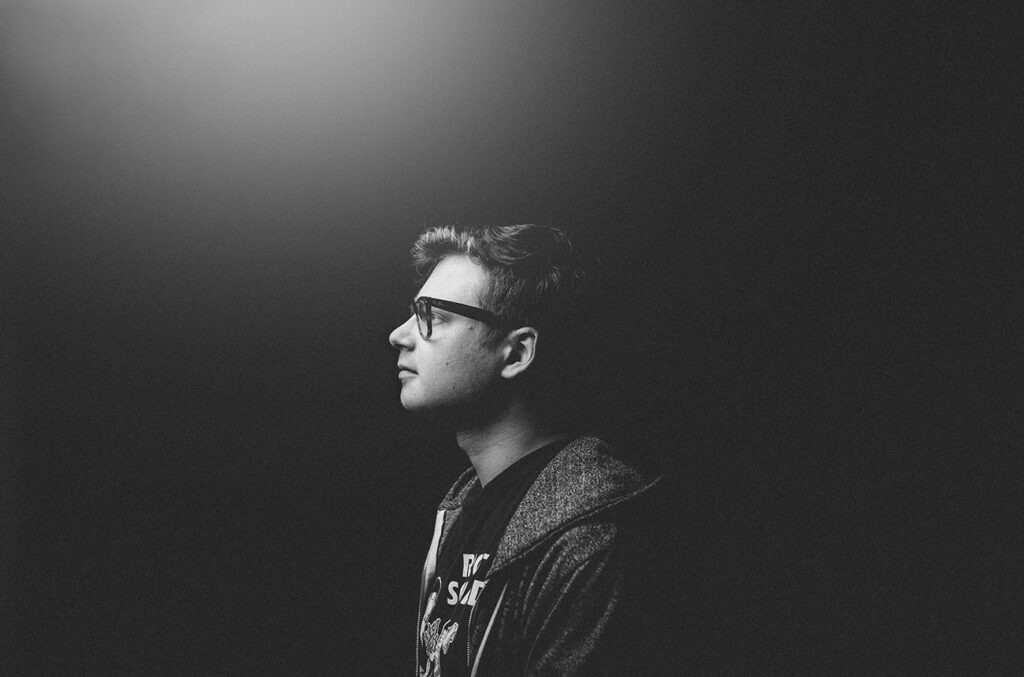 Who are you and what do you do?

My name is Jonah, and I am a third year drawing major at the Alberta College and Art and Design, and I do a lot of drawing and illustration.

I was born in Iqaluit but raised in Yellowknife since I was 10.

I’ve been drawing since I was a little kid. We did a cross-country trip when I was six or seven. My mom bought me this black sketchbook, and she wanted me to keep a journal for every day that we travelled. That’s when I started. So I’ve got a bunch of those from when I was a kid.

How do you work?

What I like to do is stay up until everybody else has gone to bed. I try to put my computer far away so I’m not distracted by that, and I’ll throw on an audiobook. I listen to a lot of Stephen King.

How has your art developed over time?

I was doing small pen and ink drawings here before I went down to school. When you go to school, they take everything away from you. They tell you, “Do what you’re not comfortable with. Try different stuff, that’s what you were good at in high school,  you’re not good at that here. You don’t want to be good at that here. You’re here to discover who you are.” So I started using different tools. For a while, I was doing cut-paper collages.

That’s where I was going before I dropped out, because I wasn’t crazy about having to challenge myself, or doing different stuff. So I stopped doing art for awhile. After a year, I was ready to start drawing things again.

I figured I would stay in Yellowknife, so I started making strictly northern work. Again, all cut paper, acrylic, bright, northern caribou and polar bears. I did it for a while and found that wasn’t rewarding at all. It wasn’t what I wanted to draw. All the art sold up here, not all of it, but the wide majority, is northern-themed, so I was trying to play into this market. That didn’t work out.

Moved back down to Calgary just to work. I was gonna try to give a go at it there, like: “I’m going to make work and I’m going to get a show and that’s how things happen.” Yea, crazy.

I was working on this thing that required me to draw individual butterflies. I’d done it for a month. Like a lot of butterflies that you had to cut out. After I finished it, I was so burnt out that I grabbed pen and ink and went back to what I was doing before I went to school, which was black-and-white horror-gore images. And that’s what my practice has been moving towards now. Your art contains some very transgressive content. Has that always been your intent?

It hasn’t always been what I’ve been focused on. But I think when I’ve been happiest drawing, it’s been kind of violent or weird. I don’t know why it’s gone that way. I think it might be partially due to [the fact that] I was super-sensitive when I was a kid, and my parents wouldn’t let me watch any horror stuff because it would terrify me.

I think it might be a way to come to terms with being sensitive to scary shit. My best guess would be that it’s a way to grapple with that stuff and accept it on my own terms. To take the power back, a little bit, I guess?