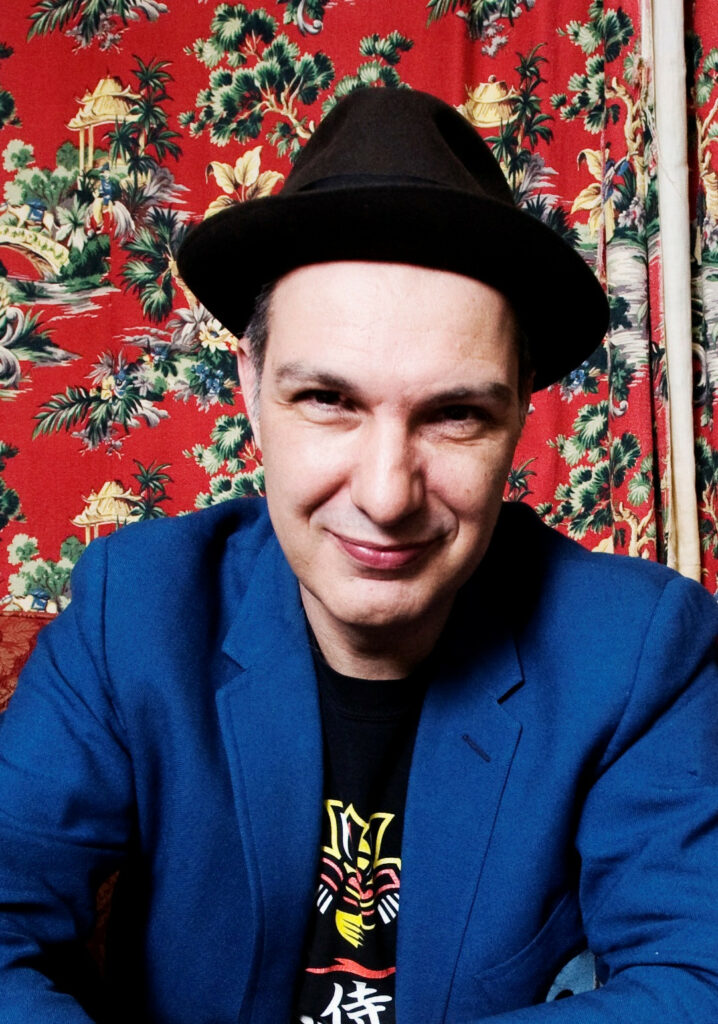 Dave Bidini, musician, author and hockey geek, is looking for a house-sitting gig in Yellowknife.

Something for the month of April, nothing too fancy, no roommates (he’s going to be researching and writing a book), and much as he loves them, no pets because of allergies.

“I can do with whatever I’m dealt, I’m open to anything really,” Bidini told EDGEYK.com, adding, “Wi-fi is good, and obviously laundry.”

The Toronto raconteur, who has written 12 books and fronts the Bidiniband, made his first trip to YK last June for the NorthWords Writers Festival. Like many who visit when warm days and nights are endlessly sun-kissed, he was smitten, and not just by the scenery.

Late night adventures at the Gold Range and outings in Old Town had special allure. Like Bidini himself, Yellowknife hasn’t prettied itself up into some soulless, grit-less place, at least not yet.

“Having spent a bunch of time in Yukon and Whitehorse, I kind of like Yellowknife because it’s still real in a way and you can still see its edges,” says the National Post arts columnist, who is known for straight talk on everything from the merits of taking in live music stoned to his brazen open letter to Joni Mitchell last fall in which he called her “pretentious,” “mean” and “hurtful.”

He successfully pitched an idea to McClelland & Stewart for a book that departs somewhat from his past forays into music and sport. He plans to write about “the North, newspapers and stuff.”

To do that, he’ll work the month at local community paper the , where many journalists have started their careers.

“I didn’t want to go up there and write another northern adventure book, or about the wilderness of the land. I like cities and people,” he said.

“But I also thought, what kind of peg can I use for the book, and I remember having read the Yellowknifer and having been charmed by it, so I thought, if I can get a gig there I can write about it and also talk about newspapers and how words are spread.”

He chose April to embed himself in the NWT capital because it still holds a whiff of winter, but also the promise of those oh-so-seductive summers.

If he’s able to find a good house-sitting arrangement – “a neat old house in an interesting part of town would be great,” (clearly, he’s aiming for Kam Lake) he’ll come back for another frenetic dose of June or July.

“I’m into moving around too. For me, where you live, your abode, can become a character in your book.”

Bidini, also a founding member of the Indie Toronto rock band, the Rheostatics (1980-2007), said he’ll definitely hit some open mics or maybe stage a show during his Yellowknife stay.