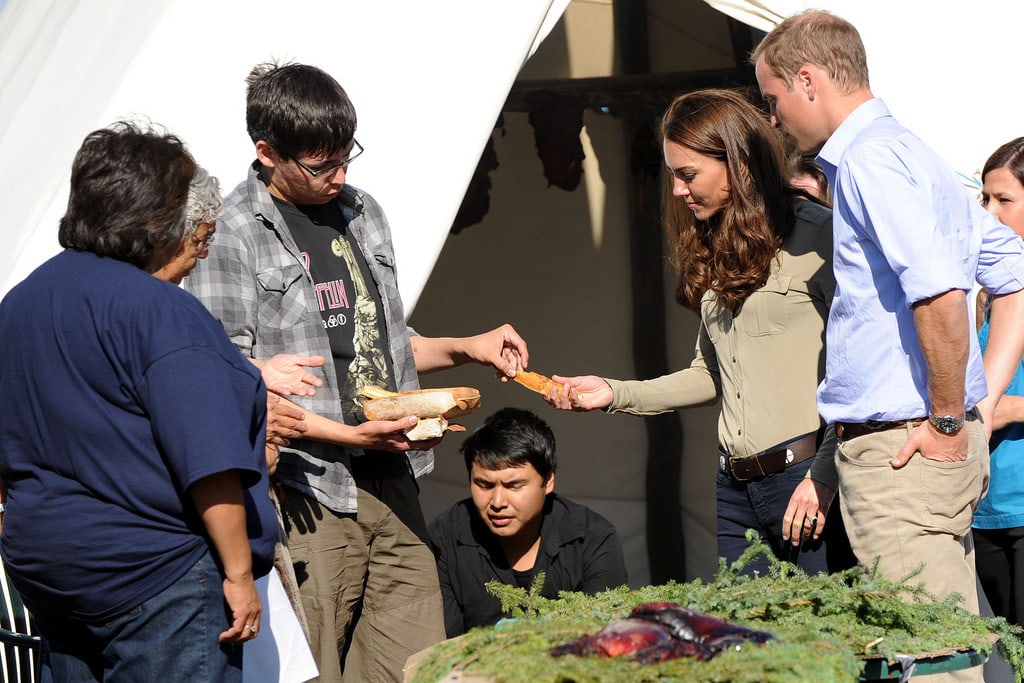 With its recent submission of a $5 million business plan to the GNWT, Dechinta Centre for Research and Learning is now vying with Aurora College for access to a large chunk of the government’s education budget.

The multi-million dollar plan follows an announcement back in February that the land-based school would be seeking a major hike in funding, up from $415,000 in 2014, as well as a change to the Education Act that would allow them to grant degrees. An investment of $5 million, the press release claimed, “would create 32 part-time jobs (one in every community), 8 full-time and 115 seasonal jobs outside of Yellowknife. [And] in four years, the number of Aboriginal degree holders would increase by 5 percent.”

It’s a bold vision and one that has support from many MLAs. But it seems to be placing Dechinta in direct competition with Aurora, which received around $37 million from the GNWT last year.

Dechinta’s Program Director Mandee McDonald was conciliatory about the whole thing: “We’re not offering the same thing as Aurora; we’re very different and complementary … We’re just trying to have more options to northerners in terms of jobs, what they want to do, or roles they want to take in their communities.”

Billard, however, was more direct: “Our goal is to have the GNWT get the maximum amount out of their investment.”

From what can be gleaned from Aurora’s publically accessible financial statements, Billard’s comments may have some merit. Since 1999, the college’s core funding from the GNWT has remained at around $30 million, though in the past few years they seem to have been getting an additional top-up of several million dollars – in 2013/14, the GNWT contributed $6.3 million more than was budgeted. The year before it was roughly $7 million.

When EDGEYK.com asked Aurora’s President Jane Arychuk about the apparent decline, she said the change has to do with the number of programs being offered, something which is contingent upon third-party funding. There may also have been a change in the way students are counted since the methodology was last changed in 2009, said Jayne Murray, Aurora’s manager of communications.

Still, with public documents suggesting a decline in student numbers and an increase in GNWT funding, the amount the government is spending on each student appears to be shooting up. In 2009 they contributed roughly $23,064 per full-time equivalent student; last year, that number had risen to roughly $35,239.

Diminishing returns on Aurora certainly don’t equal a case for Dechinta. The two institutions are so different in size and mandate that comparisons between them are tentative at best. Aurora, for instance, had a total of 2,800 students last year at three campuses and 23 learning centres across the territory, while Dechinta had 30 students based at one location, Blatchford Lake Lodge.

That said, with the NWT’s low post-secondary acquisition rate – last year Aurora had 91 graduates at its spring convocation despite having 535 full-time students and 2,265 part-time students – a number of MLAs are eyeing up Dechinta’s alternative approach to post-secondary education.

“Dechinta has been operating in the NWT since 2009, and in that time they have had 250 course completions – and listen to this – and no dropouts during that time,” Alfred Moses, MLA for Inuvik Boot Lake, told the legislative assembly on Feb 24. “You compare that to our education system, you can compare that to the Aurora College system, compare that to any post-secondary education institution that we send students to down south, and this is 100 percent completion rates.”

To be fair, Dechinta courses are only 12 weeks long, and because of the specialized nature of the program and the hefty cost – around $8000 for a 12-week course – it’s reasonable to assume the students are keenly motivated to be there. For her part, McDonald chalks up Dechinta’s 100 percent completion rate not to the brevity of the programs, but to their being rooted in the worldviews of the people taking the courses.

“It’s really important as First Nations people… to be able to have an education where your histories and ways of doing things and epistemologies are at the centre of the curriculum,” she said. “I think more people would go to university if they weren’t forced to leave the North, so then there would be more people with university degrees who could take on important leadership and management positions in the NWT. We wouldn’t have to spending all this money convincing Southerners to come up and take these jobs.”

Next steps for Dechinta are very much dependent on funding and legislative change. They’ve already expanded their outreach programs to the South Slave and the Sahtu, and have seen a large increase in interest – in 2014, 97 people applied for 30 positions.

“It would be great to accept everyone who applied,” said McDonald. “But right now, with the money we have… we don’t have the capacity to expand much.”

If the act was changed, the organization would move towards granting a three- or four-year “Dechinta Degree,” which would be something like a combination of Indigenous Studies, Environmental Science and Business Management.

“The kind of education we’re trying to provide is to train people to be leaders and managers,” says McDonald. “You’d be qualified to do any kind of community-based work… to take on management positions in land claims negotiations, land use management plans, band council positions [and] GNWT positions that have to do with indigenous/community relations.”

The idea is to have regional program hubs, so throughout the course of a degree, students would travel across the territory, doing a semester in each region and perhaps in the Yukon and Nunavut. This summer, they’re running their first program away from Blatchford lodge, up in the Sahtu, in partnership with the Yukon’s Kaska Nation.

Of course until the GNWT decides who to open their purse to, much of this will remain up in the air. The department of Education, Culture and Employment has been doing a preliminary review of the business plan for two weeks now, according to Billard. “I’ll know more about the climate after I see what their comments are,” he added.