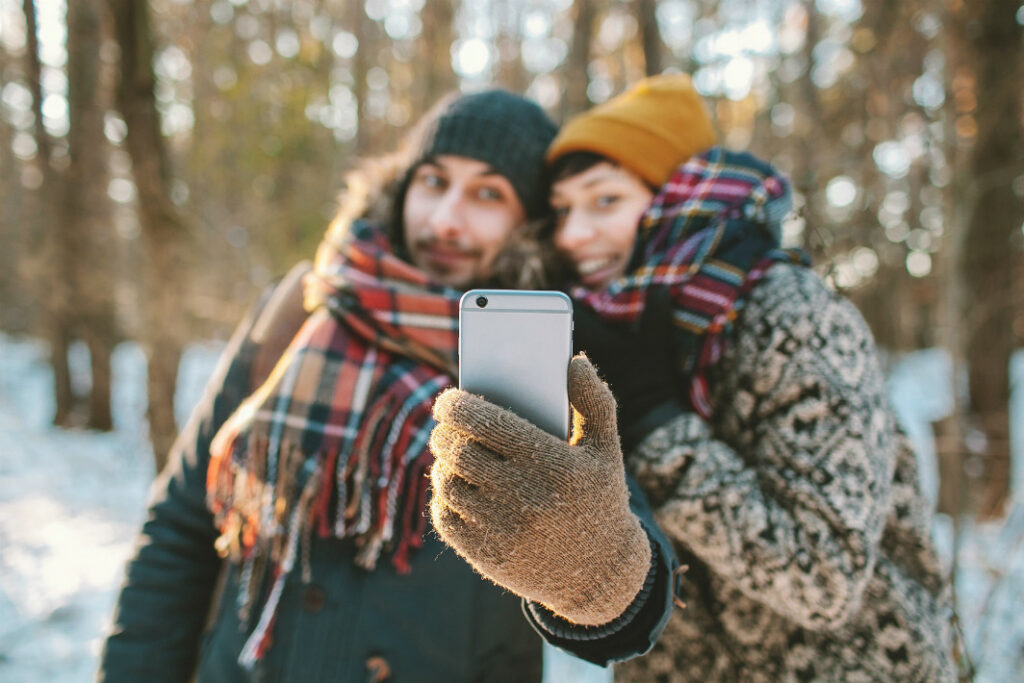 How cute! Nobody tell them they’re cousins

In Aziz Anzari’s Time article, “Everything You Thought You Knew About Love Is Wrong,” the comedian describes the difficulties of finding love in the modern world. He references professor Barry Schwartz, who divides us into two types of people: “satisficers” (those who satisfy and then suffice) and “maximizers,” who seek out the best. Anzari argues that “thanks to smartphones and the Internet, our options are unlimited, whether it’s a retail item or a romantic possibility. We have all become maximizers.”

Like any Yellowknifer on the dating scene, I let out a chuckle at the idea of endless choice in this town, online or not. Based on sheer numbers, the mindset of the maximizer just isn’t available to most here.

Yellowknife is no place for anonymity. Up here, your dating history parades in front of you: at the grocery store, the bar, the house party, on the street — and online. You have to accept defeats, and forgive at the drop of a hat, or become a shut-in.

Does this mean that finding someone online in this town is impossible? Absolutely not. Yellowknifers are merrily right-swiping as we speak. So where do we go to find companionship in this tiny northern city? Let’s try and navigate, with the help of a panel of YKers who’ve crossed the digital frontier:

The concept and interface of this location-based mobile app is pretty simple. If you need to know more, just ask a twenty-something. As for accusations that its headshot-based appraisal is shallow: showing interest in someone based on a picture = catching someone’s eye across a crowded room. The difference being that on Tinder, you can do this from your couch.

“You have to take it for face value: yes, it’s a hook-up site, but that doesn’t mean that there should be an assumption that if you meet someone from Tinder you’re going to hook up. There is potential to make positive connections and friendships, and potential to meet total duds, but if you go into it with the right attitude and are honest with your intentions, then it usually works in your favor.” – Panelist

Notes: I joined just to see what all the fuss was about (and, you know, for journalism), on a Friday evening/early morning. My immediate thought was: “Well, that’s where everybody’s been…”

“It has become immensely popular, and the number of women on there in Yellowknife seems much higher than other online dating sites. I really like that you require a mutual match before you can send and receive messages. People say it’s a bit shallow because you’re choosing matches based on looks, but a picture is worth a thousand words and you can really tell a lot about a person from a few profile pictures.” – Panelist.

I spent the rest of my Friday swiping through familiar and unfamiliar Yellowknife faces. Swiping right on a friend? It’s the polite thing to do, but it also means I just pictured you naked for a second. Swipe right on an interesting, vaguely familiar someone, and perhaps a satisfying ‘It’s a Match!’ screen pops up followed by a ‘hey how r u’ message in your inbox.

“I exclusively use Tinder, because it can be highly entertaining to see how [someone] will behave when reduced to swiping left or right based on a few pictures and a tag line.” – Panelist

One acquaintance reports that her male friends check the app after every inbound flight to see if any new talent is in town. Now that’s a Yellowknife-based adaptation of technology.

Most panelists reported that they’d tried POF after hearing about a friend of a friend who found true love there. One of our panelists even met their lifelong match here (although they’d never publicly admit to that).

Its major appeal: you can create a detailed profile, with the hope of attracting a true match, for free.

“I don’t think the format works very well in Yellowknife, so I’ve recently hidden my profile. The problem I have with POF is that you can send and receive messages to anyone with an account, and not just those where there is a mutual interest. This means a lot of wasted time in sending messages that will never get a reply. And in a small town, where everybody knows everybody, it gets a little awkward.” – Panelist

Our notes: Plenty of Fish in the Sea? Sure there are, but how many in a wading pool?

“Plenty of Fish seems too personal, desperate even. […] I’m always shocked to see the amount of personal details that people put into these profiles. […]. I guess if you were looking for something serious, Plenty of Fish might be the way to go. However, it being Yellowknife and everyone knows everyone’s business, I could never join.” – Panelist

A definite benefit of POF: you can search without an account. I know your relationship needs, the length of your longest relationship, if you want kids, and your astrological sign, all before I join. Knowing this is also one of the many reasons I’ll likely never join again.

One troubling note about Plenty of Fish: it’s not very LGBTQIA friendly. Users must make a binary choice between men or women, forcing those with more than one preference to make multiple profiles.

Match commercials tell you that it’s a great medium between meeting someone by chance and ‘random hook-up’ sites. It’s a pay-site, so the assumption (and the appeal, for some) is more serious matches than free dating sites. This one is for the no-nonsense dater. Not for the cheap, the faint of heart, or commitment-phobes.

“Nope, not a chance am I going to pay to use a dating website. And not only because I’m cheap! I don’t care about online dating enough to pay money, and I doubt that it’s any better than the rest of the free sites out there.” – Panelist

Our notes: Something in between chance meetings and random hook-ups in Yellowknife? Sounds great! Here’s a pool of five people in your age range and location who meet that criteria. Thanks for your money, and good luck. No, really: there were five.

“I wanted to see if there were a better selection of people. There were such a small group of women that it didn’t even make sense to keep the profile up, so I took it down.” – Panelist

Our notes: It’s a welcoming online space for acceptance without judgment, even in a small town like Yellowknife.

On FetLife, users can be as anonymous as they’d like, creating online personas based on flexible descriptors. It allows users to communicate based on interests rather than just proximity, creating an environment of understanding and respect. One of our panelists, who found long term love on the site, wrote that “anonymity made it easier to reveal personal information that we’d otherwise be shy to mention.”

Not a dating site, we know, but that’s not to say that some haven’t used it as such.

“Facebook allows you a little insight into the person’s life without them directly sharing that information with you. You can see who their friends are, who their exes are, how old they are, and usually at least a couple embarrassing photos. […] It really leaves no surprises for a potential meet-up.” – Panelist

Our notes: Who hasn’t creeped/stalked just a little bit, on Facebook? At the very least it’s an unbeatable prep tool for date night.

“Facebook is the dating site for the people who don’t want to join dating sites. I have actually had many experiences dating from Facebook. […] I was getting a lot of friend requests from boys around town [.,.] who weren’t exactly in my immediate friends group, but boys that I kind of knew. [T]hey would always strike up conversations [so] I humored them, and continued on with the conversations until some of them actually developed into intelligent exchanges that I would look forward too. Only naturally then do they ask for your number, and before you know it you’re hanging out with them, or going on dates, and really… it’s all because of Facebook.” – Panelist

There you go: even Facebook can be used as a dating site. Who knew? Everybody.

And in the end

It’s no secret that dating here is difficult at times. Singles come and go, and people tend to pair up quickly when they do. Mutual acquaintances know your dating history before you’ve met. If you can’t get over the idea of seeing a handful of your exes every other day, you may be in the wrong place.

That doesn’t mean we’re all doomed to be “satisficers” simply because of our remote location. A Yellowknifer should never have to settle. What I’ve learned from joining all of these sites, and through feedback from our panelists, is this:

Relationships are hard. Trying to get your truck to work in -50 is hard. But dating (even up here) should, above all else, be fun. 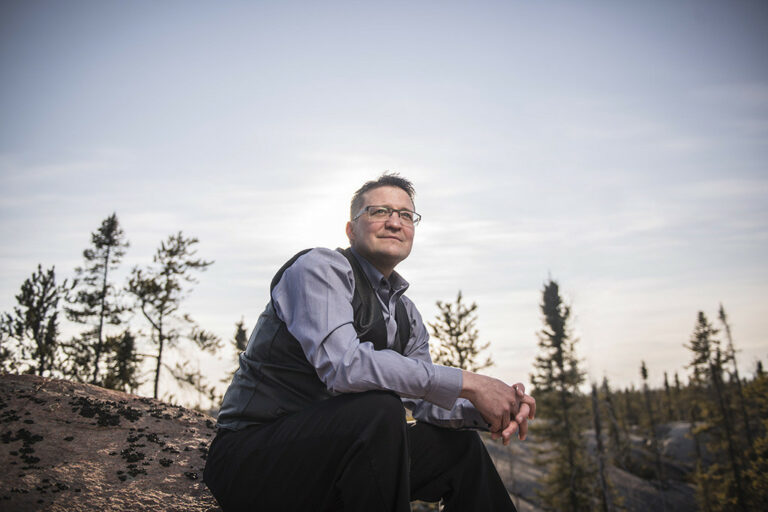 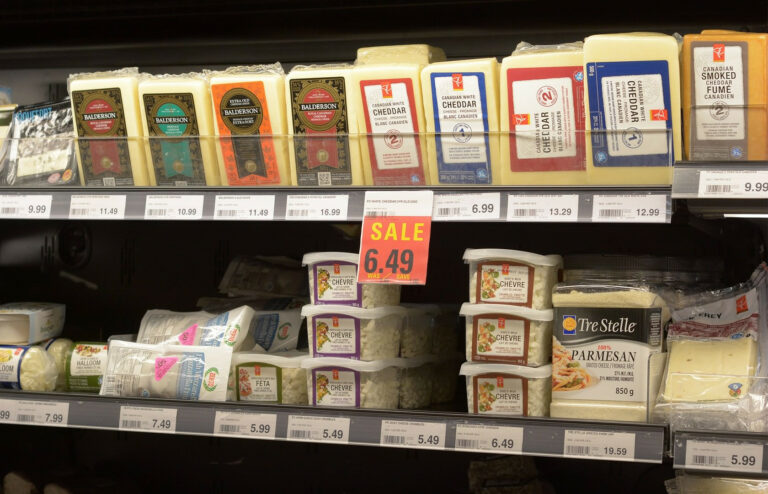