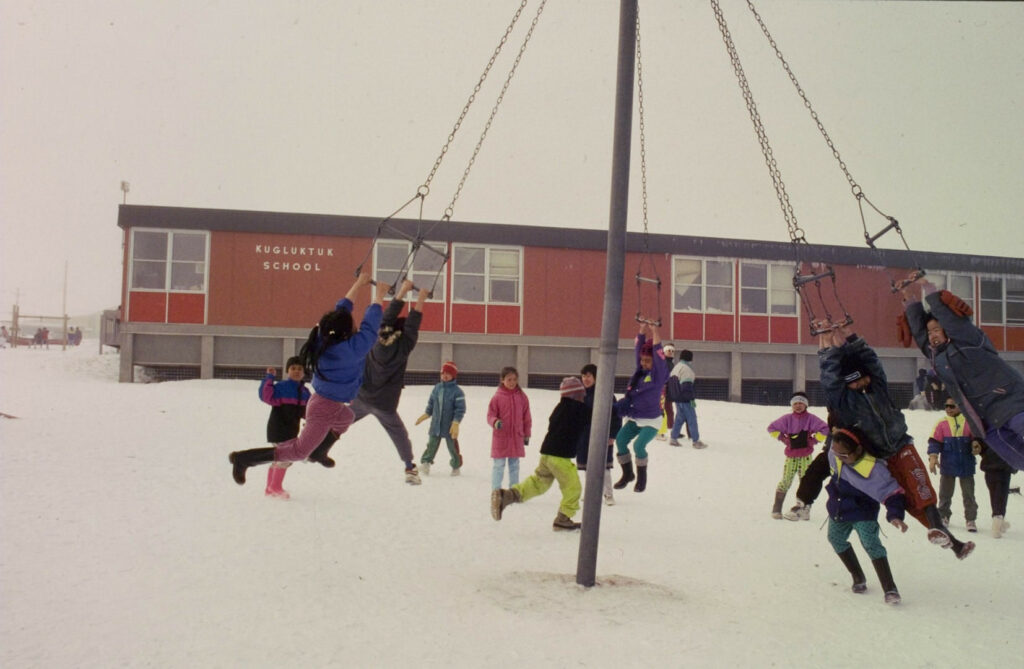 A sneak peek from the upcoming October/November issue of EDGEYK:

I never thought I’d ever think of my hometown of Yellowknife as being southern, but in 1995 I found myself teaching Grade 6 in the Arctic, on the cusp between when the community was called Coppermine and resided in the NWT, and when it was called Kugluktuk and resided in Nunavut. I set about to make the cultural adaptation, confident in my ability. After all, north was north. Wasn’t it?  My first day in the classroom, all hands waved excitedly in the air. “Can we go to the bathroom?” one boy asked. Of course, what they really meant was, “Can we explore this brand-new five-million dollar school and get into trouble?” I gave them my best raised-eyebrows look of teacherly disapproval and the entire class rose and thundered out the door.

It took the principal and me half an hour to round them up. She was furious. “You MUST have known that raised eyebrows mean ‘yes’,” she said.

“Lesson one,” I thought. “This isn’t like the SOUTHERN Arctic. Be very, very careful what you do with your eyebrows.”

The next week, my aide, who was an intrepid Inuinnaqtun-speaking Inuk, suggested we make some home visits after school. “Of course,” I said. “Ready.” I was wearing a tight skirt, but my coat was long enough to cover my legs and besides, we weren’t going far.  She looked at me somewhat askance, but she led me to a skidoo. My face went blank.

This isn’t like the SOUTHERN Arctic. Be very, very careful what you do with your eyebrows.

“Yup.  Hop on the back,” she said. With one powerful rip of the cord, she pulled the engine awake. I took a deep breath, hiked up my skirt and flung one leg over the back of the skidoo

Alas, as we thundered through the village at incredible speeds, my whitened thighs clutching the throbbing sides of the machine, every adult male we met shouted an enthusiastic greeting to me by name.

“Lesson two,” I thought, “There aren’t any cars here, and hardly any trucks. They’re all in Yellowknife. Ditch the pantyhose and take to skipants.”

Hallowe’en crept towards us on chilly feet. By this time I had almost mastered the use of my eyebrows, and I’d ordered a pair of ski pants from the Northern Store. I’d  also bought a second-hand parka from my roommate, a skinny math teacher from the Maritimes who insisted to disbelieving students that Susan Aglukark was in love with him. “Just wait until her next album,” he said. “There’ll be a cut called, ‘I love you, Brian.’”

“How,” I wondered aloud, “do the children of Kugluktuk celebrate Hallowe’en?  Should I buy a little bit of candy or a lot?” In Yellowknife you got the children up to three streets over plus a few rowdy highschool students later at night. It was a rule you could count on, but I was already starting to suspect that Yellowknife rules might not apply here.

“Buy out the store,” my roommate said, “and I’ll pay half. From what I’ve heard, every kid in town gets to every single house. Even Susan Aglukark might drop by.”

Though I was deeply suspicious of the strength of Susan Aglukark’s affection for my roommate (I had reason to believe she had never met him), I paid for half an amazing stash of suckers and apples, and set about to await Halloween. Kugluktuk was small, but too large to comfortably walk from end to end. By the evening of October 31, it would be very cold and very dark. How would the children fit costumes over their parkas?  How COULD every child in Kugluktuk get to every single house?

I need not have worried.

Half an hour after the final school bell of the day, just as daylight was beginning to fade, there was a tremendous roar as every skidoo in the village thundered to life. Children of all ages, wearing parkas and ski pants and face paint, clung to the backs of the family skidoos and drove them madly, single headlights stabbing through the darkness. Then when an engine fell silent in our dark snow-covered yard, there’d be a heartbeat pause before the pounding on the door. I’d fling it open and there would be four or five children standing on my doorstep with their eyebrows arched high. “Trick or Treat!” they yelled, just like children in Yellowknife. But there was a sense of urgency about the whole affair that I’d never experienced there. I tumbled suckers and apples (which in hindsight must have arrived frozen hard as baseballs… perhaps popsicles would have been a better choice) into their pillowcase bags – quickly, quickly. Extreme cold air rolled in through the doorway in great clouds, colder than in Yellowknife, and besides, the children were in a hurry. They had every house in Kugluktuk to get to.

“Lesson three,” I thought, “Adapt to your northern environment. Be ingenious.”

Thus it was, in the cold and the dark, that I learned about eyebrows and ski pants and facepaint and skiddos how children in an Arctic village made Hallowe’en their own.  That night Yellowknife seemed very… southern. 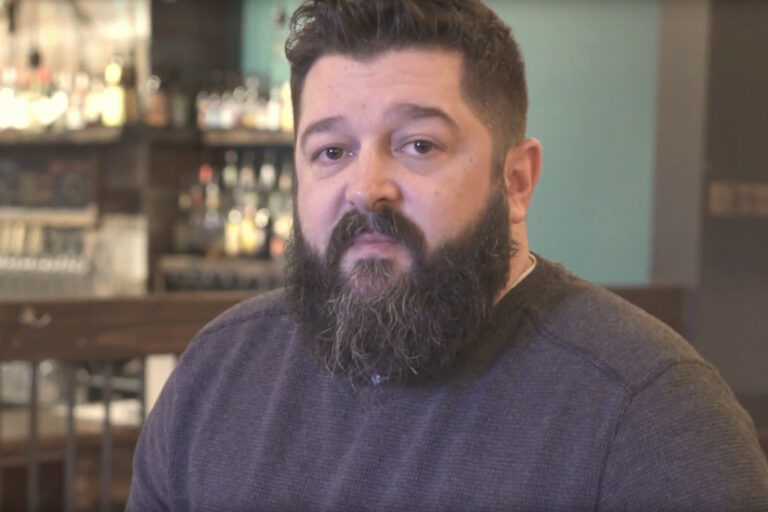 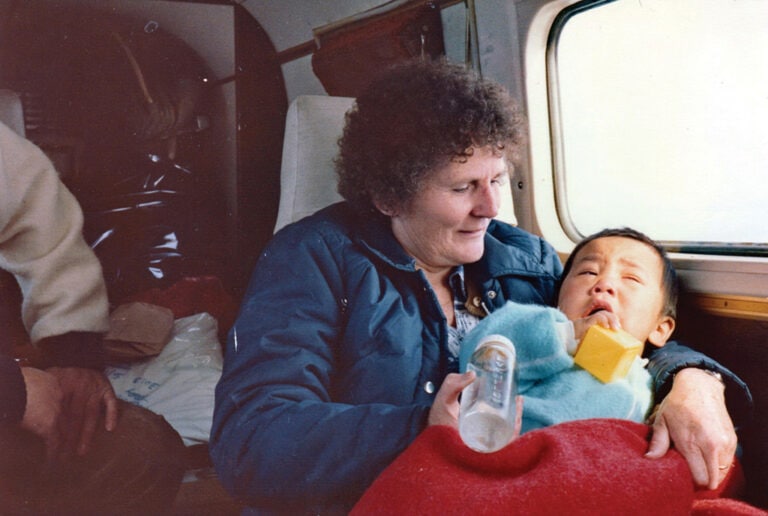