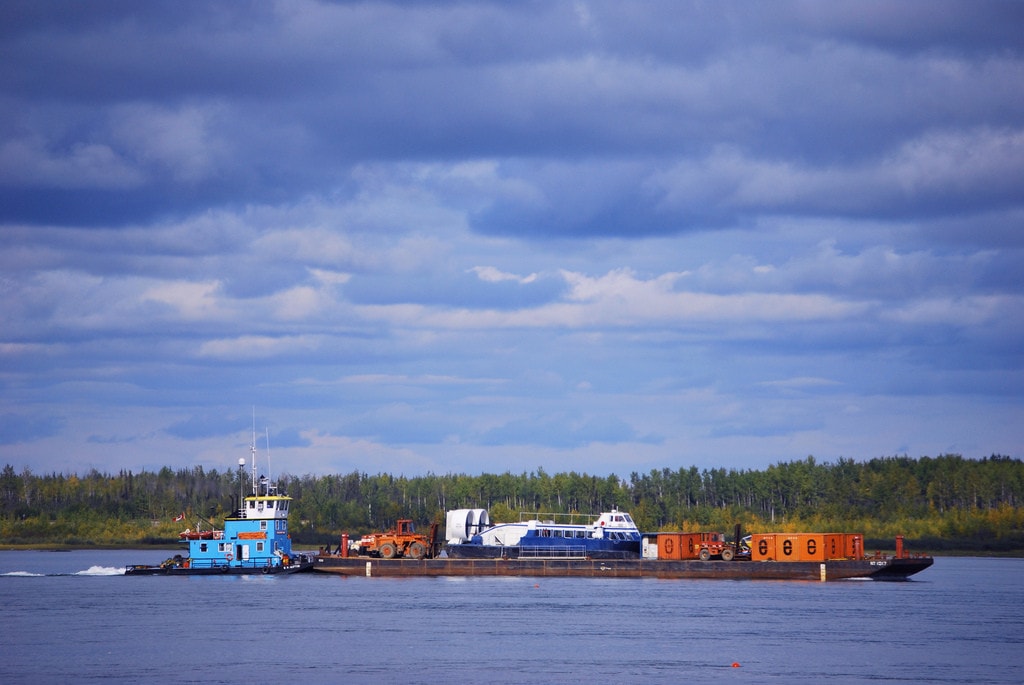 Post-shale on the river: Cooper Barge Services has cropped voyages

These are times of austerity in Norman Wells, says Rick Muyres – so austere that aviation gas is being rationed and even the Mackenzie River is low on water.

Like everyone else in the Wells, Muyres, an outfitter and contractor, was expecting to ride the Canol shale deposits to prosperity. But that wave crashed last winter, when ConocoPhillips and Husky Energy parked their exploration programs amid controversy over hydraulic fracturing.

ConocoPhillips will return this winter to lock down its exploration wells, but the town’s business community no longer speculates on when or if the boom might return.

“We don’t even play that game,” Mayor Gregor MacGregor said last week. “With oil at $58 a barrel, it will be a long time.”

The town’s economy is running on its own internal energy, with little help from the construction of a new nursing station and extended care facility.

“That was a tendered job; it went to an outside contractor, so it hasn’t had much impact in terms of creating local employment,” said MacGregor.

Aviation fuel was being rationed, a hangover from last fall, when low water on the Mackenzie brought an early end to the shipping season. This season could be even more difficult for communities downstream from Norman Wells.

Tug and barge operators estimate that the Mackenzie is five to eight feet below what it was at the end of June last year, with low water levels in major tributaries such as the Liard and North Nahanni.

Carrying their own resupply

Mikey McBryan of Buffalo Airways said the company’s piston aircraft were carrying their own refueling supply, which reduced cargo capacity by 2,000 pounds per flight, and increased shipping costs to customers.

At NorthWright Air, Vitaly Pyanykh said all flights requiring aviation fuel were being carefully considered against the need to ration and conserve supplies “for the foreseeable future.”

Part of the future arrived with the weekend and the first barge shipment of the season from Northern Transportation Co. Ltd., which was able to unload cargo despite water levels that were five to eight feet below normal.

With no shale oil play to service, Cooper Barge Services has reduced the number of voyages to Norman Wells from six to five this year.

Cambridge Bay is still waiting for a shipment that was turned back late last summer because of low water on the Mackenzie. The community is in the midst of a construction boom and acting SAO Jim MacEachern has his fingers crossed that NTCL will be able to deliver.

NTCL officials did not return calls, but MacEachern said he has been assured that by spreading loads over more barges, the company will be able to navigate low water and sand bars that have accumulated since the federal government stopped dredging the Mackenzie more than a decade ago.