Over the course of several days last spring, I talked with Yellowknife street community member James Thrasher about mental health. He told me about his work, his family and his battle with depression and addiction. We spoke, in an oblique manner, about his time in residential school. And he recounted the traumatic story of how the RCMP had gunned down his older brother when James was a young boy, after his brother had shot a priest.

“Being able to talk about death. That was the hardest thing I could ever do,” said Thrasher, in a stoic manner which nonetheless betrayed an enormous sense of grief. “I went to treatment programs and I couldn’t talk about it… I drank all my life because of this.”

It’s easy, when talking about approaches to addiction, to speak about buildings – the detox facilities we need, the residential treatment centres we don’t have. Buildings have construction costs, operations and maintenance budgets. You can calculate the amount it takes to staff buildings, conduct cost-benefit analyses and speak about economies of scale. This, perhaps, is why during this territorial election, as with elections before, politicians have focused the discussion about the territory’s ongoing addiction crisis around whether or not to build a treatment centre.

More difficult to talk about, though, is history, trauma and grieving. Yet, in the North, this is what we’re really talking about when we speak of addictions.

Since Natsejee K’eh Treatment Center in Hay River closed in 2013, we’ve been sending people down south for long-term residential treatment. The GNWT, in the face of much criticism, says this makes sense. Health and Social Services Minister Glen Abernethy put it bluntly during a debate in the Legislative Assembly in October. With four treatment centres having opened and closed in the territory, he said: “let’s do something that’s actually for the benefit of our people rather than [something that will] just result in another failure.”

The scale of the problem is well-known and the numbers, while shocking, tell a story we’re well acquainted with – a hospitalization report from 2013, for instance, showed that in a single year, 430 people were hospitalized 615 times for alcohol- and drug-related issues, costing the health system $7.5 million. It indicated that around 40 percent of the NWT’s Aboriginal population reported experiencing harm from their own drinking, and 50 percent of the territory’s population reported harm as the result of someone else’s drinking. Self-reported numbers, it should be noted, are almost always on the conservative side.

But really, all you have to do is walk through downtown Yellowknife to see that addictions are ravaging our community, like communities all across the territory.

• running a cost-intensive operation with such a small population – on average, Natsejee K’eh was only ever around 50 percent full and cost about $400 a day per patient compared to southern costs of around $150 per day;

• and, most importantly, client safety.

Natsejee K’eh closed after its executive director indicated that it was no longer safe for it to accept clients – though exactly what this meant remains unknown, as the report that informed the decision was never made public.

Likewise, though the official story surrounding the closure of the Sombe K’e Healing Lodge on the road to Dettah in 1999 had to do with funding problems, Arlene Hache, the director of the Centre of Northern Families at the time, claims the centre had become a hotbed of sexual abuse. The youth treatment facility next to the main treatment centre closed after a young woman was raped and became pregnant, claims Hache. And shortly before the adult centre closed, Hache says six women fled the centre, fearing for their safety after a man with multiple sexual assault convictions became a resident.

But would a treatment centre closer to home allow for more culturally appropriate programing and make it easier for families and communities to participate in the healing process? Again DeLancey questioned this: “Really if you’re from Paulatuk, is Hay River any closer to home than Edmonton or Calgary? Probably not.”

“We have a territory with 11 distinct languages and cultures, and… everyone feels passionately that culturally relevant programming is an important part of healing and recovery. But no matter what region of the NWT you’re in, you’re only reflecting one culture. So Natsejee K’eh did a great job providing culturally rooted programming, but we heard from people from the Tlicho, the Sahtu, the Gwich’in, Inuvialuit: ‘but it’s not our culture.’”

The flipside is that the people closest to the issues are calling for an addictions centre. If you spend a morning hanging out at the Safe Harbour day shelter in downtown Yellowknife asking people about a treatment centre, the response is uniform: a residential treatment centre in Yellowknife would be a good thing. To discount these voices would be to ignore those who have actually gone through treatment, who know what worked for them and what didn’t.

There is also the possibility that more funding could produce a workable centre. During the Dene Nahjo territorial election debates the week before last, Daryl Dolynny promised, if elected, he’d ensure a treatment centre that maintains “daily operational costs between $150-200 per patient per day.”

Reaching that number seems unlikely, and he hasn’t actually crunched numbers or seen any reports to suggest this would be feasible. But he does have a point: “When you add the program dollars it was probably over $2 million [we were spending on a residential treatment centre]. But let’s put this in perspective … That’s one kilometer of new highway. That’s how we emphasize the number one social issue of our generation, it’s equivalent of one kilometer of highway.”

Back to the land

It’s not accurate to say the GNWT has been doing little on the addictions front since closing Natsejee K’eh. Along with the average of 12 people who are in treatment down south at any given time, there’s a suite of programs related directly and indirectly to addictions that are currently operating across the territory. In August 2015, approximately 811 individuals accessed Community Counseling programs, leading to approximately 297 referrals for further care, according to GNWT numbers. The government is also funding NGOs like the Salvation Army in Yellowknife, which offers a two-week detox program, and the Tree of Peace Friendship Centre, which does around 300 addiction counseling sessions a month. Six communities across the territory are now offering an intensive 12-week non-residential treatment program, which can be used as a standalone program, as lead-up to residential treatment, or an aftercare program once people leave residential treatment.

The biggest shift in focus over the last two years has been towards land-based addictions treatment and community wellness programs. Since 2014, the GNWT has been budgeting $1.2 million annually, which is given to different Aboriginal governments around the territory to help run on-the-land wellness programs.

In 2014-2015, approximately 268 people participated in the programs according to GNWT numbers. It’s a positive step, and one that the Minister’s Forum on Addictions, which travelled around the territory in 2012 and 2013, recommended above all else.

JC Catholique, a community counselor in Lutsel K’e, said his community held two successful weeklong on-the-land programs this year, one for youth and one that dealt with grieving.

“What I’ve learned is that people have forgotten how to talk to each other, that’s one of the big issues,” he says. “People forgot how to say I have this problem. In our culture we visit each other, but now all we do is television and games.”

Getting out on the land creates a space where communication can happen and community can start being rebuilt, he says. It also provides a space and structure to deal with grief, and this, perhaps above all else, seems to be the key to healing.

In her 2009 graduate thesis, researcher Alana Kronstal interviewed 15 community counselors from across the territory.

“Almost everyone interviewed emphasized that unresolved pain or trauma is a root cause of problematic substance use or addictions,” she wrote. “Yet, according to practitioners, treatment services are focused first and foremost on substance abuse. With the exception of a couple of community-based professionals with training specific to trauma, there is little to offer those who need intensive counseling to address trauma they have experienced or violence they are currently experiencing.”

This gets to the heart of what we’re dealing with. The problem of addictions in the North has to be understood as a response to trauma – of residential school, of land dispossession, of the forced relocation of communities and the shift in the economic reality that occurred as the North was colonized on an industrial scale over the past 60 years. With these traumas comes violence and family break-up, which passes from one generation to the next.

To deal with this, Lydia Bardak, of the John Howard Society, argues we need to focus identifying and dealing with grief, especially among young people.

“When a child is apprehended, no one recognizes the grieving of the child. They end up acting out, but this is a grieving child, not a bad child. They’re expressing normal feelings,” she says. “How do we make sure adults working with kids understand grieving, because we know that the self-medicators learn to [cope with their problems by abusing substances] by the time they’re 10 or 12 years old.”

She argues that there needs to be more professional counselors in schools, and better training for teachers.

This was just one of numerous recommendations I heard. Hache argued for gender specific detox programs. DeLancey admitted “there’s never enough money to meet all the demands,” and suggested the GNWT could do more to leverage private-sector donations for on the land programs. Kronstal’s study suggested more flexible rules for community counselors so they can organize their work schedules around community needs and perform house visits. Catholique said the rules around insurance for GNWT workers need to change so people like him, who organize on-the-land programs, are allowed to actually run them.

Would a treatment centre deal with any of these issues? I honestly don’t know. Nor am I sure if the government’s argument, that treatment down south is superior and cheaper, is any more or less valid than calls from people like Clarke to establish a centre in Yellowknife. What does seem clear, however, is the need to shift the conversation about addictions from one that speaks in terms of a medical problem to one about trauma and community wellness.

James Thrasher put it best: “They’re all dealing with the alcohol issues, they don’t deal with the actual depression or actual anxieties. When that stuff does come up, they refer you to a doctor. So you don’t get the help you need. I know that for a fact, because I’ve been through the wringer.” 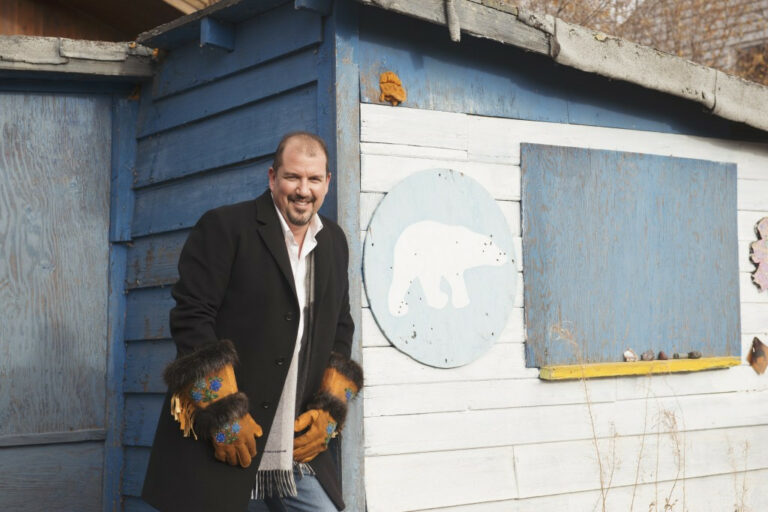 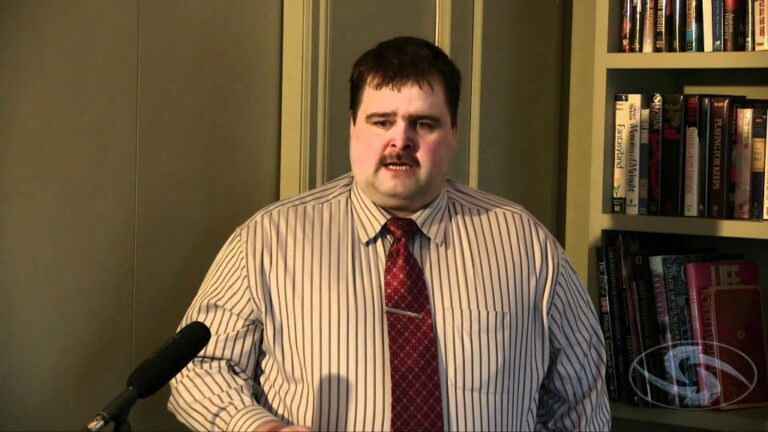