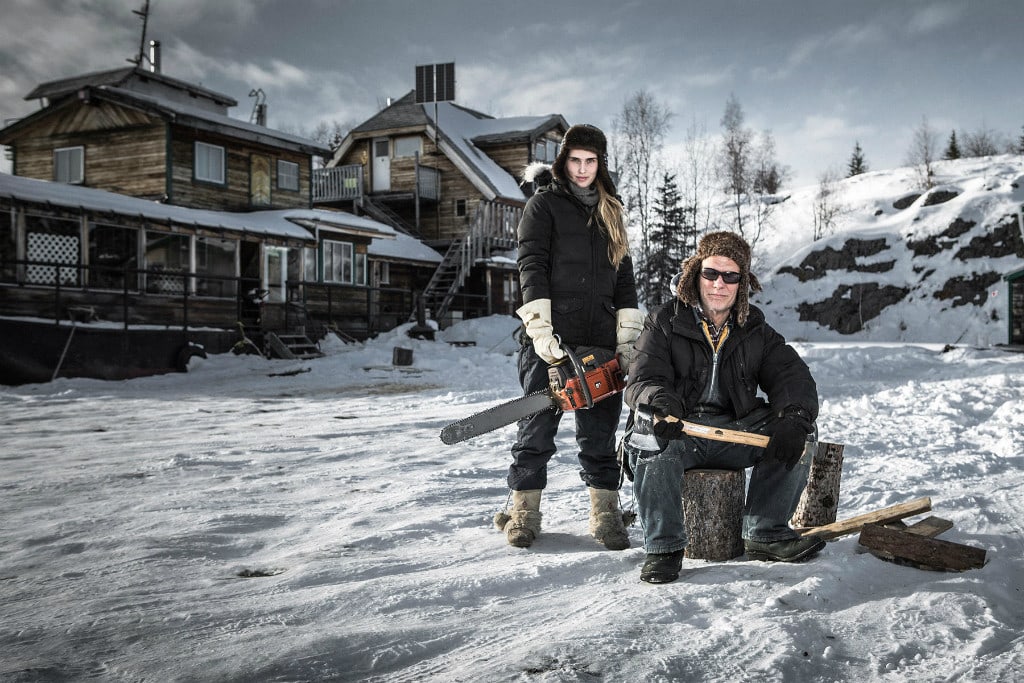 If you’ve been a steadfast fan of the cinematically rich reality show Ice Lake Rebels over the past two seasons, you will be disappointed to discover that it hasn’t been renewed for a third. If you’re a real-life houseboater in Yellowknife, you’re probably relieved.

The series “follows a handful of renegade houseboaters as they hunt for food, drill for water, trade for necessities and protect their turf,” on the lawless and pristine Great Slave Lake, according to specialty channel Animal Planet, which hosted 19 episodes before quietly dropping the show.

Judging by the overwhelming response from Americans to my last story on the series – which pointed out that, absolutely, there are houseboaters living an extreme lifestyle on a frozen lake in the sub-Arctic; but no, they are not bad-ass survivalists dependent on foraging wild food – some further clarification might be useful.

The “ultra-libertarian” rebels, some of whom have full-time jobs and drive across the frozen lake to work, are a stone’s throw away from the shores of Yellowknife (which is photo-shopped out of the opening title sequence), the capital city of Canada’s Northwest Territories. The city has some 20,000 people; large, retail grocery stores; Wal-Mart, rec facilities and restaurants.

As Blaine Wasylkiw, a Yellowknife ex-pat who now lives in California, commented: “As much as the show is a guilty pleasure for me, every single episode I end up muttering ‘Bruno’s will deliver a pizza to you.’”

The series had a golden opportunity to portray the authentic, tight-knit community on Yellowknife Bay that is self-sufficient, that is colourful, that is grinding it out in an exotic climate at the margins of civilization – with environmental sustainability to boot. But that’s not the reality TV way.

By opting for far-fetched, life-or-death storylines and often inane, scripted dialogue for its characters, Relativity Media, the recently Chapter-11’ed company which produced the series, alienated most of the people living in the Bay’s 40 houseboats, and, to some degree, local filmmakers, who largely declined to work on the series.

“The whole thing has changed the flavour of the Bay and I don’t want to throw gas on the spark,” says one houseboater, who declined to be interviewed.

Shooting at the shoot

In an extreme example of life imitating art, while filming in the frigid waters of Yellowknife Bay in November 2014, the Ice Lake Rebels film crew complained of people shooting flares toward them. Police were called in. Turns out they were fireworks, and no charges were laid, but the incident prompted local musician and budding filmmaker Mary Caroline Cox, who was working as a production assistant during the shoot, to write an open letter on Facebook.

“I think of my friends, who are the faces of this show, and how they must feel when they get so much negative press and attention from people within their community,” wrote Cox.

“I know what it’s like to have people swear at me because I’m carrying camera equipment around Old Town. I know what it’s like to see friends at the pub and have them instantly start ragging on the show I work for after I’ve just spent 12 hours out in the cold working my butt off… tonight I have reached my breaking point and would just like to publicly ask people to stop shooting flares at us while we are working. It is intimidating and frightening. A little less aggression is all I ask.”

During Cox’s two years with the series, she says it employed about 15 local people. She learned lighting, camera work, production, sound and logistics; an immersive apprenticeship that has led to her producing her own TV show, Wild Kitchen, where people forage realistically for food to make things like cranberry rosehip chutney and chickweed pesto. The show airs daily on NorthwesTel Cable channel 20.

Amongst local producers and directors, there’s a growing desire to tell our own stories in order to give the world a truer sense of northern lifestyles. And that’s happening, albeit without Hollywood funding.

Putting YK on a map

“People can debate the content of Ice Lake Rebels over coffee, that’s one thing, but from our point of view, it also helped to advance the capacity of our industry, and at least one of its members,” MacEachern says.

Projects made for national and international broadcast, in particular, help put the NWT on the map, boosting tourism and hospitality sectors, she adds.

Still, I can’t help thinking that by portraying fake bistros and romances, phony falls into icy water, and way too many staged rescues, RelativityREAL and Animal Planet missed a chance to create enduring programming that could have truly engaged a curious global audience.

How do they wash their clothes? Go to the bathroom? Take a bath? Where do they get their water from? Where does toilet waste go, I hope not into the lake? These are actual online questions from global viewers of Ice Lake Rebels who were genuinely interested in learning how one lives off-grid, without power, water, or sewer services, in an Arctic climate.

I’ve lived that way just outside of Yellowknife for 24 years and can attest that water and frozen toilets are an ongoing concern, and major topic of discussion amongst off-gridders too (although admittedly, few would want to watch an entire series about that).

Had the actual houseboaters on Ice Lake Rebels – breakout stars Stephan Hervieux and his wife Allyce Rattray, along with Gary Vaillancourt and newbie Ryan Dempster – been allowed to show their real lives, I think viewers may have been much more satisfied.

There are authentic challenges in getting to and from work when you live on a thawing lake. But since Yellowknife didn’t exist in the series, and regular vehicles were strictly verboten (apparently houseboaters only use snowmachines, Hagglunds and Hovercraft) in camera shots, viewers weren’t allowed to see that.

Ironically, this rule was conveniently broken in season two after a shocking true-life incident last May. A driver managed to escape from his pickup truck and crawl to safety as it sunk to the bottom of a frozen lake outside of Yellowknife. In Ice Lake Rebels, Gary uses the opportunity to teach his daughter Molly about ice safety as they peer into the hole. Why a truck is suddenly in their rebel outpost is never explained.

While not exactly rebels, the real houseboaters have so far avoided much regulation – although the City of Yellowknife is perpetually eyeing up ways to change that. They are colourful, diverse and some do crazy things like build a huge, magnificent ice castle that serves as a performance theatre for Brrrrrlesque, live bands, puppet shows, comedy and visual art each March. Ice Lake Rebels couldn’t film any of that spectacular architectural feat, made possible through Anthony Foliot, a.k.a. Snowking, a long-time houseboater who refused to sign on to the reality show. Pity.

“They asked me do I harvest my own food, they wanted to tell me how to be,” says Foliot as he watched a couple episodes with his wife Cynthia Brown, who has been a houseboater for 30 years, along with relative newcomers to the bay, J.D. Hollingshead and Rich McIntosh.

During the watching party, the four shared many laughs over the dramatized panic so often induced for no reason, such as when Stephan has to chop a houseboat out of three inches of ice.

“The people who were involved in making the show made money, there was no environmental damage – it’s not fracking – it was all positive in my view,” says Brown. “All kinds of communities are trying to get film crews filming in their cities about stuff that has nothing to do with their city.”

True, as our economy continues to tank, it’s telling that Yellowknifers just weren’t able to hold their noses and accept yet another rugged outdoorsman vs nature, southern misinterpretation of the way we live. Maybe because we know it’s tough enough living here without the added drama. Maybe we’re just too earnest, more Canadian than most.

When the pragmatic Brown decides she’s seen enough, she puts on her parka and quietly exits.

“How come she gets a get-out-of-jail-free card?” asks McIntosh, who is starting to look pained at the prospect of watching another episode.

Yellowknifers know Ice Lake Rebels has a few truths to it, but is mainly a contrived attempt to keep tenuous story threads alive. Not so for viewers in far-off places.

A retired woman in Detroit commented that she was getting ready to knit baby clothes for Stephan and Alyce’s future offspring, thinking the couple was genuinely poor.

A man in South Carolina wrote that his family can no longer go camping because his wife had a stroke, so he was preparing to send their equipment to another struggling young couple on Ice Lake Rebels, not realizing that their flimsy tent frame and tarp were actually built by the production company, according to Foliot.

I think that’s what irks Yellowknifers the most about the docu-drama. If its creators had just been upfront about the series being entertainment, based on some scriptwriter’s version of off-grid reality, no one would have to feel like they’re being played the fool.

But that’s not reality television’s way. 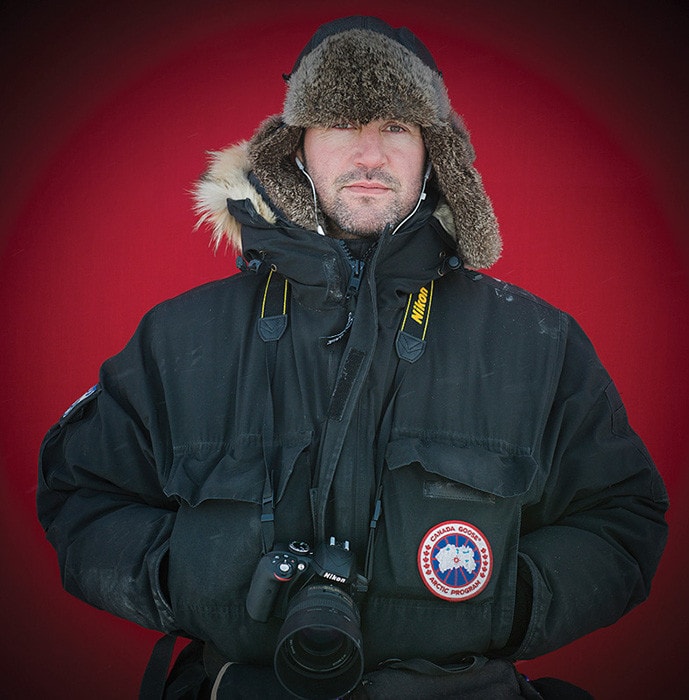 ICYMI: Where do you fit in to Canada’s cultural mosaic?