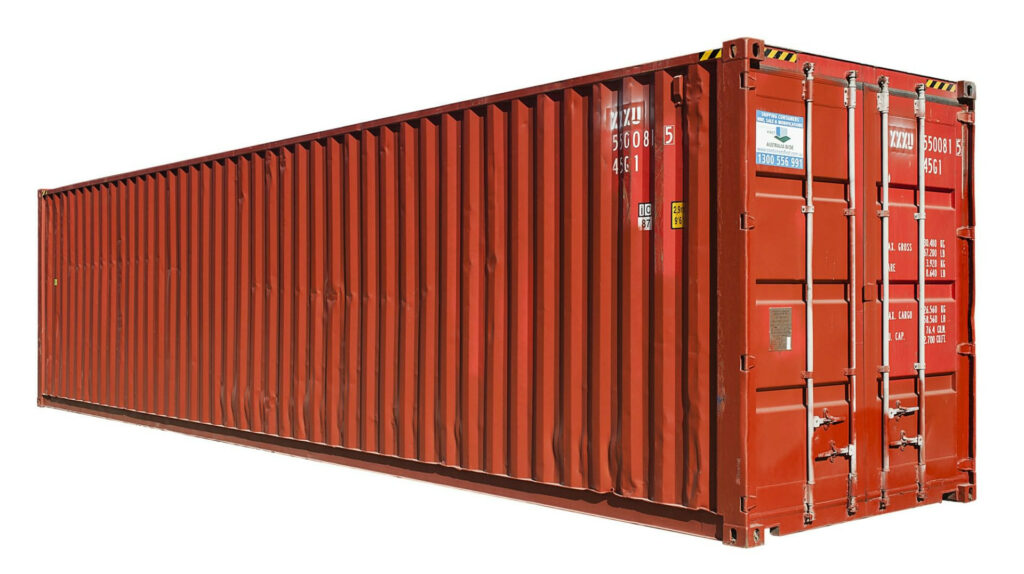 You’ve probably seen them in your community: empty sea-cans, brought in at some point by truck, barge or rail, sitting there, possibly rusting or caught in a tangle of overgrown vegetation.

But what if they could serve another purpose?

The head of McGill University’s Biomass Production Laboratory was the big winner at last weekend’s “Greenhouse Hack” workshop in Hay River, where his prototype for a moveable, multi-use greenhouse made from a converted shipping containers was unanimously selected by a panel of judges as best suited to solve northern growing challenges.

The Aurora Research Institute (ARI) and the Northern Farm Training Institute (NFTI) didn’t want to have just another sit-around conference. They wanted tangible solutions, technologies and partnerships to come out of their workshop on greenhouse technology, held at the NFTI campus Mar. 11-12.

After hearing about other competitive “hackathons,” researchers at ARI decided they would make their invited guests and presenters do some work for Northerners by coming up with their best greenhouse designs to meet the identified needs of growers in the territory.

“It’s very direct: these are our problems, you bring together the best people around, and then you try to solve them,” says Jesse Evans, research assistant at ARI and one of the conference organizers. “I think the friendly competition format definitely engaged people to a higher level than they would have otherwise, sitting down and listening to presentations. People got really into winning it. It adds legitimacy to their research that a panel of judges found their product superior to another.”

The triumph of the prototype is its versatility and affordability for regular, working class people to begin growing their own food.

Competitors in the hackathon included engineers, business developers, farmers and architects, from Grant MacEwan University, the Yukon Research Centre, the World Crops Program, the University of Calgary, the University of Victoria, Greenhouse Canada and beyond.

Participants were required to address a number of grower-identified challenges with their design. Consultations led by ARI showed growers in the NWT want technology that can extend their short growing season, use local resources, reduce energy costs and make greenhouse operations affordable for new producers.

“It came across very clearly that energy consumption in any sort of greenhouse is huge, and the rate at which people buy power is huge,” Evans says. “That was the number one challenge.”

Growers also say they are challenged by difficulties getting water and soil, and faced with massive start-up costs that can put an end to a project before it even gets off the ground.

But possibly the most unique challenge, according to NFTI head Jackie Milne, is making greenhouses functional on a human scale in a sparsely populated but geographically massive area.

“Even when we think about commercial greenhouse operations down south, you see these very large operations where they generate $600,000 worth of salad. In the North, because of the isolation of small communities from each other, a greenhouse operator would quickly saturate his local market and then be hard pressed to export,” she says.

“So one of the unique challenges is to build farm systems and greenhouses that are more flexible and can grow a greater variety of produce.”

Secondly, Milne says, greenhouses in the North have to be durable and easy to repair, especially for communities with limited resources and where shipping is a barrier.

“Down south, they have access to these specialty design stores for their hydroponic connectors, which we don’t. So we need to use pieces of equipment that we can find in our hardware stores,” she says.

Lefsrud, an associate professor at McGill, has a background in farming, plant physiology and greenhouse design. Over the last 20 years, he’s been researching how to grow food in controlled environments, specifically in microgravity for NASA, as well as northern climates.

He started thinking about using sea-cans for growing about seven years ago, when approached by a student who wanted to work on northern food production.

“They’re the most transportable unit for most parts of the world. It seems to be that almost all the trucks are able to transport a standard sea-can, as well as the barges,” Lefsrud says. “A lot of locations slowly collect these containers because they’re at the end of the road and it’s too costly to ship them back. So if they’re already sitting there, let’s just use them for how we want them.”

Using a design that switches between an open and closed system, the shipping container greenhouse offers a lower cost, small-scale start-up option for remote communities.

“We’re trying to design it as a fairly flexible, multi-use unit that can be placed anywhere within northern Canada,” Lefsrud says. “Basically it’s a shipping container cut open so that it acts like a greenhouse. The south wall is open, so there’s plastic windows, and then there’s doors that can close to actually seal it so it looks like a shipping container again.”

In the winter or night when there is little to no sunlight, the container can be closed and use LED lighting. In the summer and any other time there is sunlight, the unit can be opened to harness that free solar energy and keep energy costs down.

While Lefsrud has designed his prototype to use a hydroponics system, he says the flexible nature of the unit means it could support everything from container systems, to misting/aeroponics, to tanks for a fish farm.

“They can pick and choose systems that work best for them,” he says.

Lined with R-16 value insulation, Lefsrud says the containers are able to stay temperature stable, even in extremely low temperatures.

“When the sun is shining, even when it’s -40, we found that we could get up to about 26 degrees Celsius inside the shipping container with the natural sunlight that was coming in,” he says.

Why it will work

The fact that the design makes use of existing and durable infrastructure already available in the North was a big selling point for Milne, but for her, the triumph of the prototype is its versatility and affordability for regular, working class people to begin growing their own food.

“Maybe someone wants to grow in a soil medium; maybe they want to use hydroponics; maybe they want to wall off the greenhouse and have a mini-barn for the winter for their small animals; maybe it’s where they store their vegetables in the winter time; maybe that greenhouse could be used in the heat of summer to dry foods from the garden,” she says. “How many other uses could that building serve instead of it being a single use? It’s really about getting away from that single-serving mentality.”

On the more technical side, Evans says Lefsrud’s proposal of a hydroponics system could significantly reduce costs for growers.

“It makes use of very little water; it’s highly water efficient. It also addresses the problem of using local resources because you don’t need to use soil, and that cuts down on shipping costs, which lowers the barrier of entry as well,” Evans says. “It’s a closed system, so it loses very little water in the process. They’re recapturing a lot of the energy that comes out of the process.”

Though Lefsrud’s design was voted most achievable, many of the other competitors showcased interesting and innovative technologies, from vacuum insulated panels, to wastewater fertilizing methods, to vertical “zip farms.”

“There’s cross-synergy between a lot of these researchers, which I really hope they pursue,” Evans says.

With his winning proposal, Lefsrud and his team have secured a research and development partnership with NFTI and ARI to complete their project idea.

The next step will be to find funding. Lefsrud says he’s been working on a very modest annual budget of about $1,000 thus far, and needs an industry partner to put the finishing touches on the prototype.

With the right funding, Lefsrud estimates it could be in the North within three years or less.

Along with the actual units, Milne also envisions the creation of an instructional manual to go along with the infrastructure, so that once the greenhouses are manufactured and sent throughout the North, people can easily learn how to operate them.

The finished product will also be housed at NFTI so students can learn how to run the container greenhouse at the farm campus.