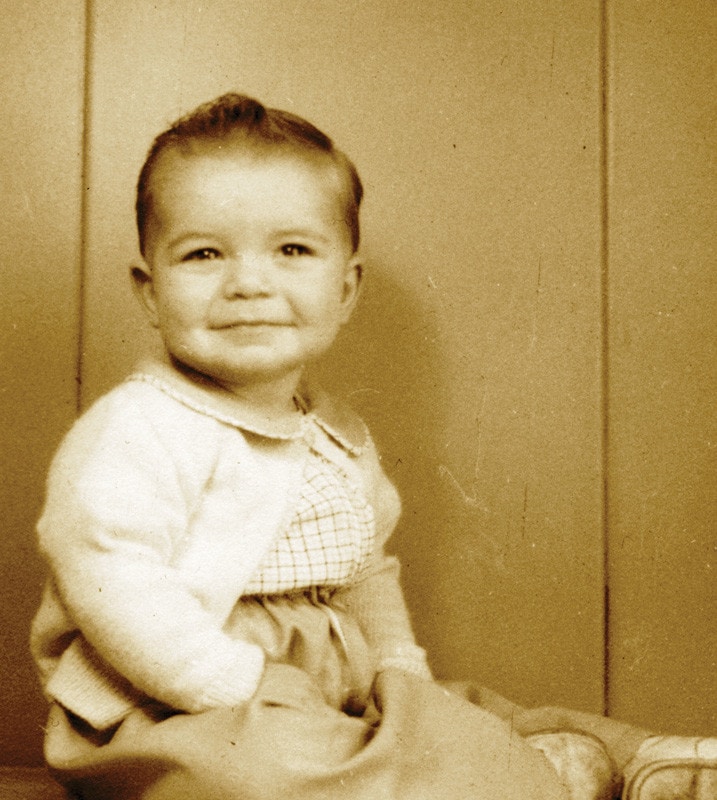 The artist as a child

A place to let my imagination run wild

I did not want to be born. I was content to remain awash in the comfort of my mother’s belly. I was three weeks late according to my mother’s doctor, Doctor Odd, but the world’s timetables have never meant that much to me, and there’s too much fuss surrounding December 25th.

I was born a boy, disappointing my mother right off because she’d been planning on a girl. It seems to me now that this was foreshadowing because my life has always placed me at odds with the rest of world.

School was disappointing even though I had longed to attend. I could read and write at four, and by age six I was starved for knowledge. Sadly, my enthusiasm to know everything was interpreted as disruptive behaviour and I spent much of the first year banished to the hallway.

People often assume that my artistic leaning developed in my home, but after soul searching for years, and many sessions of therapy, I realize that what I am comes from being in opposition to my upbringing as opposed to being inspired by it.

Our house was not filled with art or music. There were a few clippings taken from the Saturday Evening Post taped on the walls and a couple of paint by number scenes by my mother. So I dreamed up another world where I fit in, and it was there where my two worlds collided.

I became a great GUESSER, and used my imagination to fill in the blanks and omissions of an uncommunicative family. If they were angry, then I guessed what was wrong and would present remedies to help everyone smile again. I relied on my imagination, where I could live happily and enjoy myself and not be punished, or even punish myself, for being me.

I remember there was a large map of North America on a wall near my bed. An important piece of ‘art’ for me. I would lie awake at night looking at that map, that huge continent with me way down here on the little island of Montreal, and pretend I was anywhere but where I was. That map helped me survive and fed my imagination and gave me the hope of escape.

I would look at Canada and follow the Saint Laurence River. Hudson’s Bay looked like a big fat cartoon duck with its legs at Churchill and its head in James Bay; Great Slave Lake looked like a swan in flight with one wing (The North Arm) and its beak and head making up the East Arm. Great Bear Lake was a butterfly and Banks Island was Huckleberry Hound, a Saturday morning cartoon. The whole north appeared to me empty and promising, a land where my imagination was free to roam at will.

Rupert’s Land sounded right to me. Rupert was a story book about elephants that I had loved as a child. It had special dots printed in it that when you painted them with water they turned into colour. WOW! And it made sense to me that Rupert’s Land was where Rupert lived.

Art saved my life! It led me into my first high school art class. It led me to the museum school for art and it led me to a career in graphic art in Toronto. When I first left home it was a baby step toward freedom. I felt that I wasn’t being watched over and judged. Three–hundred-and-sixty miles from home was a good beginning. One day in a magazine a position for a graphic artist was offered in Yellowknife, Northwest Territories, or Rupert’s Land to me. I rushed to the library, ignorant about the North other than that’s where my swan and duck and butterfly lived, along with a magical family of royal elephants.

I thought only geologists and nurses inhabited the Great White North. But to my delight there was a city of 10,000 where I could work at my trade. I got hired and dreamlike found myself leaving for the land of my childhood imagining. I flew NWT Air on the Electra: free steak, wine and a couch lounge in the rear. I remember thinking the land was pretty flat and faded greenish, greyish blue, but it had an enormous sky. Within a week I’d found that you could work till five o’clock then walk for 10 minutes and be at your favourite fishing (sketching) place, enveloped in that immense solitude that Rilke wrote of.

One year later when talking to my mother she asked when I was thinking of coming home and I had the conviction to tell her right then, “I was already at home.” I had bought a trailer in Northlands, was walking to work, and walking into the wilderness every day after work to play.

Thirty-five years later and 3,500 miles from where I was born, I am truly at home in Yellowknife, Rupert’s Land.

The same acceptance I encountered in the first year at art school I have found here. People share my delight in my imagination. People accept that I am what I am.

And where else could I be but here in the North, in Yellowknife, in Rupert’s Land where in those early childhood books I learned how to paint for the first time; where I can live with, and in, my imagination. I have been back to see my family many times and I have travelled a little for holidays and one trip to France to see the Louvre but I’m not keen on travel, my imagination is quite content here in the North. I fit in that immense solitude.