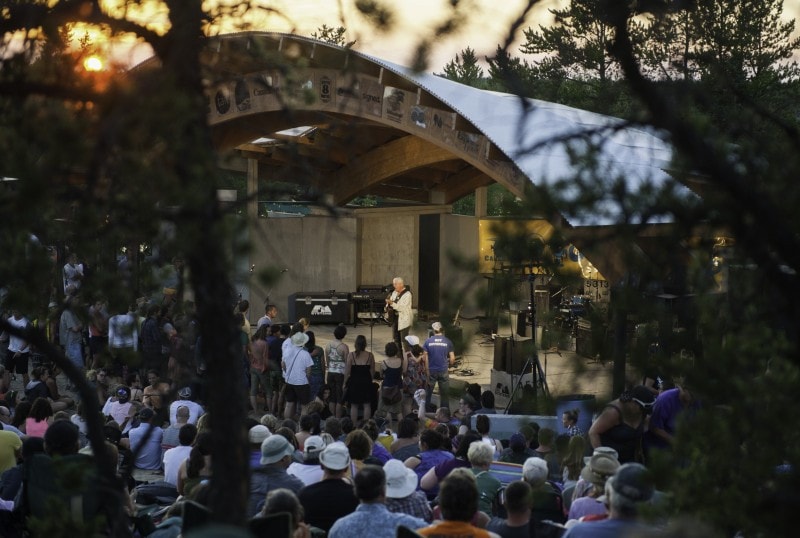 We’ve asked some of the festival’s most die-hard contributors for some of their best stories. Here they are:

Dave Kellett AKA Uncle Buck, is a Yellowknife renaissance man, artist, curmudgeon and jack-of-all-trades. He’s been the site captain, inventor and fixer at Folk for the last decade.

Marino has been main stage manager of the festival for the past decade. Recognizable by his hat and known for his keen attention to detail, he keeps everything running on time.

Julaine is our youngest storyteller and has been attending Folk since she was knee high to a dragonfly. She’s known for her discerning taste in music and sniffing out the good parties in town.

Music teacher by day and radio show host by night, Jack’s known for his love of all things metal. He also loves the sound of his own little horn – we all know that size doesn’t matter – it’s how you use it. And Jack blows a mighty mean tune.

Here’s what they recall:

The one with the signs:

“There are a lot of things that have to happen before the gates open for the Folk on the Rocks Festival. Included in this list is everything necessary to prepare the site for the safety and comfort of visitors. And every year it comes down to a scramble to finish all the little details, including signage.

Keith MacNeill and I were building stuff last minute on a Friday night just before the festival. We had had two signs that were delivered at the very last minute, and the office wanted them installed before the gates opened Saturday at noon. But the signs were delivered with no installation system, nothing to hang them or mount them with.  They were big signs!

So late Friday afternoon we found something that we thought would work, and started to assemble it. But there are always a LOT of jobs to be done on the last day. So by the time we finally got around to it, it was getting late. And when the sun went down, (or as far down as it goes in July), the mosquitoes came out. We kept at it until after midnight, but the bugs were so bad it was impossible to work.

The mosquitoes won, and we were driven out with only one sign completed… and I’m pretty sure nobody noticed.”

The one about the photo: Marino: “2010 was a notable year for me. Jim Cuddy of Blue Rodeo headlined at Folk on the Rocks that year. He had also performed at Stollery Children’s hospital in Edmonton in 2004 while my daughter Shiri was in treatment for cancer. Shiri had gotten her picture taken with him at the hospital, and she brought the picture to Folk that year, met him again and got a new picture taken with him at the festival.”

The one with the birthday card: Marino: “July 16th 2010 is my birthday. It’s July 16th every year, but every six years it falls on a Folk on the Rocks Saturday. So I was managing the main stage, as I have for many years, and the board put a birthday card on my backstage podium. That evening, Buffy St. Marie was one of the headliners and when I was tidying up after the stage closed, I noticed that she had signed my birthday card!“ The one about the party animals and insects

Julaine: “My friend was having her annual summer party the Friday before Folk. The theme was “Party Animals.” Early in the evening a friend told me when he was at the airport he ran into They told them about the party, gave them the address and invited them to come. I had a moment of doubt that this had actually happened, but was tickled with the idea that the headliners might just drop by the party.

Next thing I know my brother obnoxiously shouts out “Who are those old people?” I turned my gaze to the door where the whole of the Hey Ocean! band was standing in the doorway.

Each member had to get some cat whiskers drawn on their faces so they didn’t risk the penalty of getting glitter bombed for not participating in the theme of the night. I went around and fan girl’d each of them, took a selfie, and then chatted about the festival and their time here. We sat on back bay, swatted mosquitoes and chatted about the festival. It was so cool! Now that is what makes this city and this festival truly unique and one of a kind; intimacy, spontaneous connections and mosquitoes! The one about the old punks

Jack: “I really wanted to MC one of the stages for this festival because I heard that one of my favorite bands of all time, The Grapes of Wrath, were going to be there and I got the gig. The Grapes of Wrath were coming of age music for me. Unfortunately, I had never gotten the chance to see them live. So, you can understand my excitement.

I had made contact with each of the three band members via my radio show, DO YOU KNOW JACK? I felt we connected when we chatted on the phone that first time.

When it finally came time for me to invite them onto the stage, it was like a dream come true. Canadian rock icons on the stage just a few feet from me. What a thrill! And they played a great set chock full of their classic, as well as others.

Alas, all good things must come to an end. I gave them the “final song” signal and they played through it and just when it sounded like it was about to end they launched into another song! It was The Sex Pistols‘ “Anarchy in the UK”. They returned to their punk roots for their final tune. I got “outpunked” by a bunch of old punks. I gave them a mocking “shame on you” sign but in truth we were all laughing backstage about it later. It was a great time that year. Full of the usual fun and surprises that FOTR’s is known the length and breadth of country for.

If you haven’t caught the commemorative exhibition appropriately titled 35 Years of Folk! Then get down to the Centre Square Mall (opposite the entrance to YK Inn) This event showcases a rich history of one of the most important cultural events in the Northwest Territories and celebrates the immense public involvement since its inception in 1980.

35 Years of Folk is open at the Centre Square Mall (opposite the entrance to YK Inn) and runs until Thursday the 25th every day from 11am-6pm. 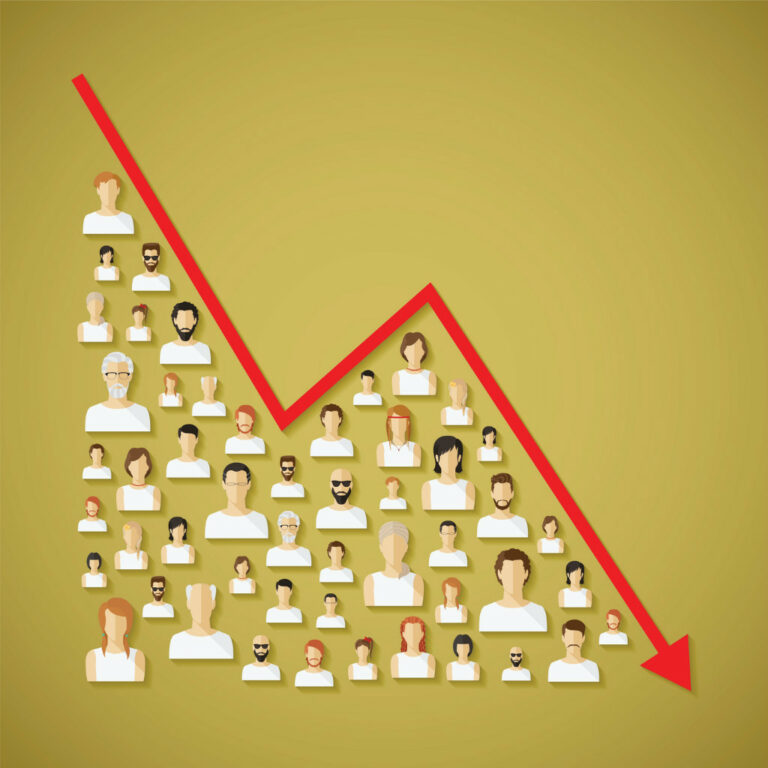 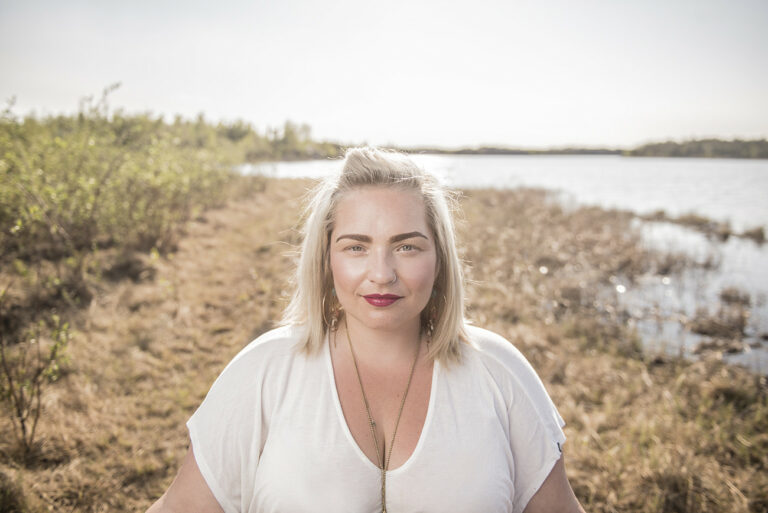