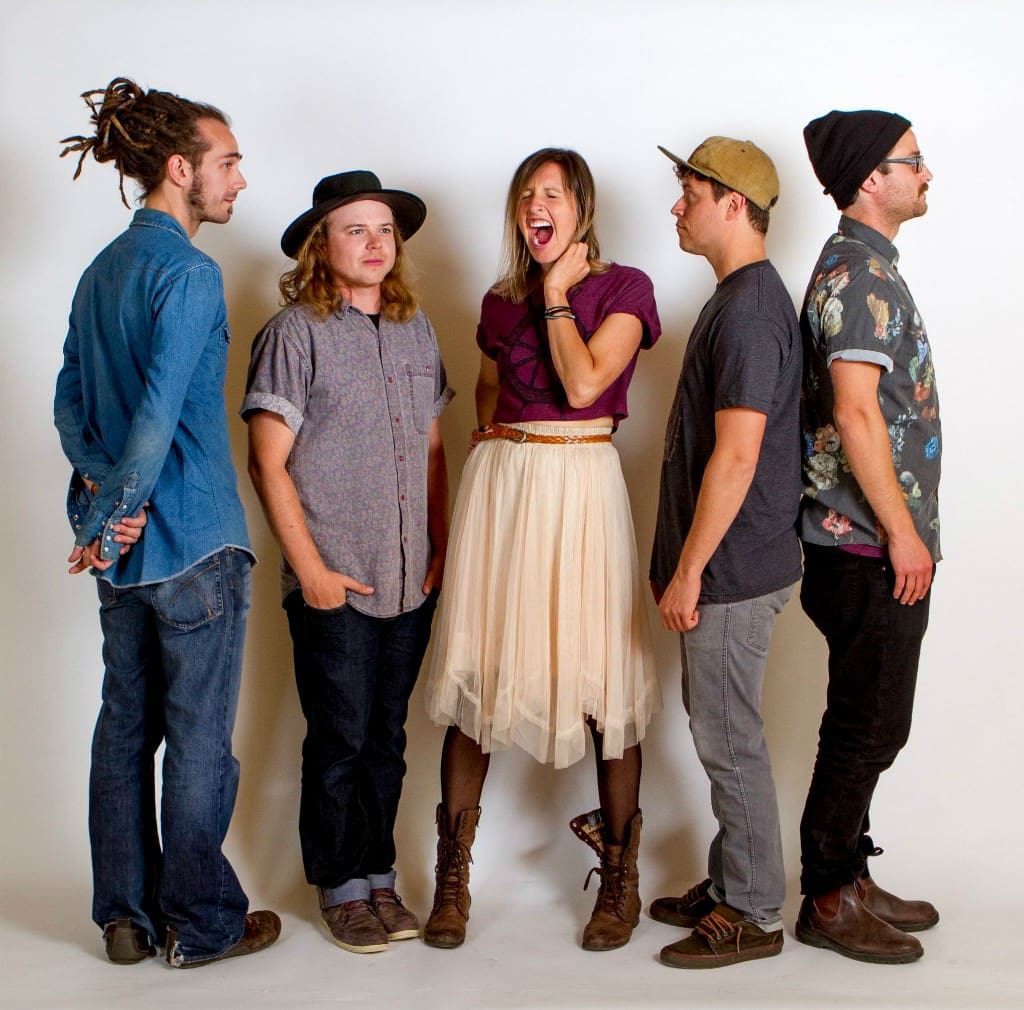 It’s rare for a band to embrace a label, but Shred Kelly is more than comfortable hyping their brand of music as ‘Stoke Folk.’’ Then again why wouldn’t they be? They came up with the label themselves and fans and critics have been loving it ever since. So what can you expect from Shred Kelly’s ‘Stoke Folk’? At first glance nothing seems out of the ordinary: sure, the synthesizer raises an eyebrow but the banjo quickly lowers it. The song lyrics are delivered with a familiar sweet and sour rootsy appeal that comes from his and her vocals. But then when co-singer Tim Newton reaches for his banjo it becomes clear that this is not your Ma and Pa’s folk music. Surely at some point in Newton’s childhood he must have asked his parents for a Fender Stratocaster and they gave him a banjo. Undoubtedly many years of trying to get back at them has honed the frenzied and driven style that now distinguishes Shred Kelly’s music.

We sat down with Sage McBride to gain some insight in what exactly ‘Stoke Folk’ is and if they have any plans to introduce some dueling banjos to their set….

FOTR: Shred Kelly has received a lot of critical acclaim lately, nominations and awards are starting to pile up – Is it gratifying? What does it mean for the band’s progress?

Sage McBride: It is an honor to be recognized for the music we’ve created and some of the work we’ve done over the past 6 years. When we first started Shred Kelly, we had no idea what it meant to be a band or the crazy process involved. Like most independent bands we had to learn the ropes of the industry through trial and error. It’s great to be at a stage where it feels like all of the hard work and growing pains of being a band are paying off. I guess it just solidifies that we will keep on keepin’ on.

FOTR: Your live shows are a huge part of your growing success – what makes them special? How do you approach live performances and does it differ with your approach when you’re in the studio?

SM: The live show is definitely what we thrive on. Receiving energy from the audience and being able to give that energy back is what has created the most raw, wonderful and dynamic live show moments for us. We feed off of the live show experience, and you kind of just black out during the performance and wonder how 45 minutes, 60 minutes, 75 minutes could pass so quickly. The live show and the studio couldn’t be more different. The studio is wonderful because you really get to focus on making each song more special than it already was, and adding different things or more sounds than you could achieve live, and work on really getting an emotion to come across on a disc without the energy of a live show. The live show is all about the energy and connecting with the different audiences we play to. Both are special, but you have to draw from some different parts of yourself during each experience.

FOTR: Fernie is a very unique town. How does where you live influence your music? Can we attribute “Stoke Folk” to Fernie? What put the stoke in ‘Stoke Folk’?

SM: Fernie is a lifestyle town. We all moved here from different parts of Canada for the mountainous backdrop and the activities that Fernie has that makes it unique. When we first moved here we were all avid skiers and snowboarders, and now we are all big into mountain biking, hiking and cross country skiing too. We love living here because of the balance it gives us. Fernie and the entire Kootenay region is definitely what influenced our sound. The people who move to these towns are generally searching for an alternative way of life, and have no trouble getting loose on a dance floor. This definitely inspired us to create songs that people could move to, and the history, backdrop and experiences that we’ve had in this town have contributed to the lyrics and direction of our music.

FOTR: At first glance it would seem like the banjo and keyboards couldn’t share any common musical ground. Do they? Have you ever considered doing dueling banjos but with the one banjo and a synthesizer?

SM: Haha. Traditionally the banjo and keyboard have not shared much common ground, but for the style of music we create which draws influences from folk, pop, punk and alternative it seems to work. (For us anyways.) We’re in a time where it seems there are no rules with music, and it’s a neat time to be creating, cause you can really try anything. If it works, go for it. Maybe we will rehearse a dueling banjos and synthesizer treat for Folk on the Rocks.

FOTR: Have any of you ever been to/played Yellowknife before? What impressions to do you have? What expectations do you have?

SM: We are all really excited about coming to Yellowknife. It is one of the experiences we’re looking most forward to this summer. We have never been to or played in Yellowknife and discovering a new part of Canada and the world is always something that gets us pumped up. We have a few friends who were raised there, so we will definitely be seeking activities to do and sights to see in our short stay. If you have any recommendations, hit us up on Facebook!

We hope to stay up all night, every night and never stop dancing.