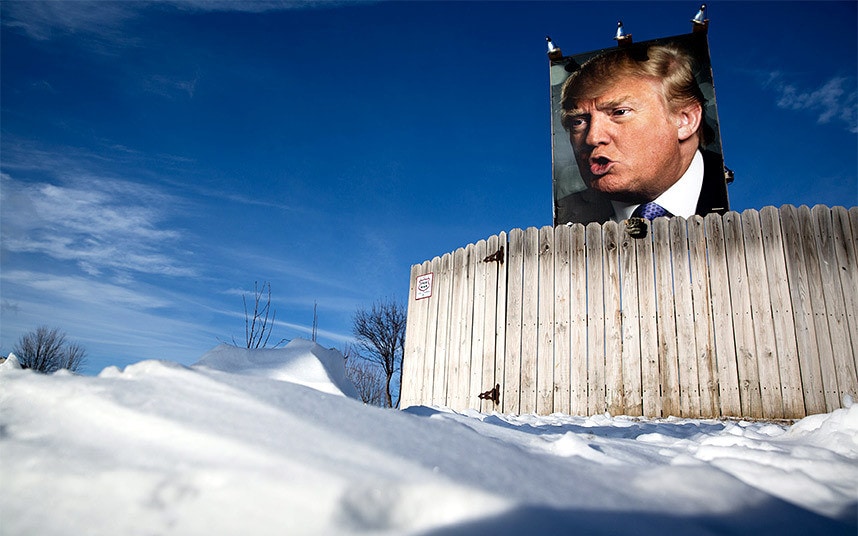 About an hour out of town, the new Trump compound brought an influx of Russian visitors.

Dateline 2019: Beyond the slobbering bile of Facebook indignation, Yellowknifers hadn’t much imagined Donald Trump would truly affect their lives when he rose to power two years ago.

Strange, now, to think of that initial car-crash mentality: rubbernecking at the stream of nonsense a couple thousand kilometres south, then quietly retreating to a safe distance.

Soon came the first signs blissful isolation could not last.

In the summer of 2017, in a Trumpian blitz of patriotic fervour, his administration seized upon the vehicle industry as a symbol of national rejuvenation.

“The best trucks,” said Trump, legs kicking the air astride the hood of an F250 for the world’s media to see, “for the best people.”

American trucks were for Americans now. From the consequent trade breakdown, domestic politics and punitive export tariffs emerged a new, “truck-poor” class of Yellowknife resident. No longer could one sell a second-hand snow machine or two, write a cheque for Lariat this or King Ranch that, and park a gleaming monster on the doorstep.

Now, the most conspicuous consumers could just-about afford a Ranger. Some residents even took to maintaining their older vehicles, albeit under cover of darkness for fear of social rejection. Swaths of Frame Lake South feared being spotted in a Subaru.

A cascade of collapsed U.S. environmental policy was expected; less-so its unintended consequence for Yellowknife tourism.

The Northern Lights could never compete with such bold, colourful clouds of gas above the factory skylines of Illinois and Michigan. Chinese visitors, some with not a little experience of uncertain atmospheric content back home, willingly traded the North for the Rust Belt to see some extra – albeit toxic – hues.

And when Montana can boast neon bears in its once-protected parks, who needs neon fish on your local northern front page?

Bereft of much to call its own, Yellowknife’s fortunes dipped.

IServeU, rebranded UServeMe, had by 2018 relaunched with a slate of would-be totalitarian candidates, all pledged to willfully ignore the results of any popular vote. On a platform of reopening Giant and Con mines, all five were duly elected.

Nothing exemplified this trend more than the slow degeneration of our mayor’s tweets.

What had been pretty pictures and throwaway comments on baseball morphed into hectoring, partisan invective. When, unprompted, an acerbic mayor labelled Welder’s Daughter “overrated” and “sad,” nobody blinked. Questions over His Worship’s non-appearance at the city’s annual summer barbecue? “A TOTAL POLITICAL WITCH HUNT!”

Yet few had foreseen the circus coming to town in quite the manner of late 2018.

By then, disinclined to use the White House and hounded out of New York City, the President turned to his sons – noted northern aficionados – for recommendations on a secluded hideaway.

So it came to be that a quiet fishing lodge, about an hour out of town, became the world’s thirteenth Trump Hotel and Resort.

No protests. No media. Just enough bandwidth for Twitter.

On the plus side, an influx of high-level Russian visitors gave local business its first boost in months.

Just a shame Donald had not bargained on the bears. A protracted search eventually led rescuers to discover his fate – the body identifiable by its hands alone.

Note: very little of the above is true. 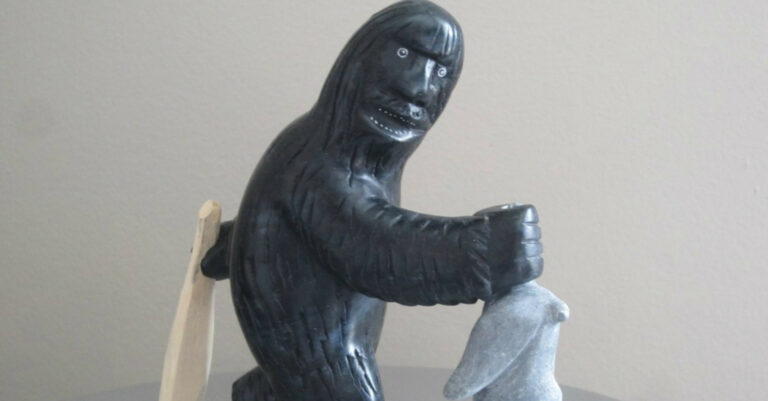 Paranormal North: Tales of the Bushman