Former Yellowknives Dene chief Fred Sangris has high hopes for a new environment and natural resources minister, saying relations between the territorial government and his people have frayed bitterly under Michael Miltenberger.

According to Sangris, the outgoing minister’s mismanagement of the Bathurst Caribou Herd, along with charges of illegal harvesting against four Yellowknives Dene, are at the heart of the dissension. Sangris currently works as a community negotiator in land, resources and self government talks between the Akaitcho communities (Deninu Kue, Lutsel K’e, Ndilo and Dettah) and the federal and territorial governments.

“It seems they were only harassing Yellowknives Dene. No Metis got charged, no non-Aboriginals got charged,” says Sangris. “So to me, we were targeted. I’m sure other people went out, but they were not charged.”

The YKDFN had planned to challenge the charges all the way to the Supreme Court, arguing their Aboriginal harvesting rights are protected under Section 35 of Canada’s Constitution and within their Treaty 8. But earlier this year Sangris and Betsina opted to pay the fine and allow their treaty rights to be defined through the ongoing Akaitcho talks, rather than take on a costly constitutional battle. Tsetta is proceeding in court. Cassaway has said he will not pay the fine.

Since 2010, the territorial government has banned all hunting in the Bathurst herd’s winter range north of Great Slave Lake to the boundary with Nunavut, citing a steep decline in numbers. Sangris says last year the Yellowknives were issued two tags per household toward subsistence hunting. The government estimates the herd is now 16,000-32,000, compared to 350,000 in the mid ‘90s. Sangris disputes those numbers, and the aerial, grid-count methodology used by government to gather population estimates. He believes Bathurst caribou have splintered and joined other herds because of diamond mine developments, winter roads, forest fires and hunting in their traditional range.

“So I don’t think the caribou went down. The caribou moved,” he says. “You can’t go to the same berry patch all the time, if you go every year after year what happens, the berries aren’t there anymore. The last 25 years we’ve been telling ENR the forest fire is burning all of the winter grounds of the caribou, they didn’t listen. Two years ago they did listen, but it was too late, most of the feeding grounds for the winter has been burnt. They finally realized the Dene were right, the caribou aren’t coming here anymore because most of the grounds have been burnt.”

Sangris contends that because Akaitcho communities have not yet settled their land and governance claims, they are being treated differently than the Tlicho and Sahtu Dene, which have settled claims.

Miltenberger says the government has consulted and cooperated with the Yellowknives leadership to manage the Bathurst herd, but he concedes that not having settled claims for the Akaitcho and Metis of the North Slave region presents a challenge.

“With the Tlicho and the Sahtu it’s clear. There’s co-management boards in place,” he says. “Trying to get all the many parties in the room to actually sit down and talk about the Bathurst and come up with a plan, so that you don’t have to have a major political gathering every fall because there’s no agreement to co-manage, makes it problematic.”

Despite this, Miltenberger, who will pass on his portfolio after today’s Cabinet selection, defends the harvesting charges by his department, saying they were in no way political.

“I’m the minister responsible but the officers do their business and that’s what they’re in place to do,” he says. “They have the laws to follow and they take care of that. That’s not a political issue. When there are conservation restrictions in place, conservation and herd preservation are priorities and we’re very, very careful how we even enforce the law. But when there’s restrictions it’s based on some very fundamental conservation issues, hopefully the preservation of the Bathurst herd.”

Sangris says the Yellowknives are able managers of the caribou resource, and hopes their traditional knowledge on caribou migration patterns and ways to count the herd – such as measuring the depth of hoof tramplings in tracks – will be part of any new management plans under the new minister. He says the damaged relationship between the government and the Yellowknives Dene will take years to overcome.

“Because when you interfere with the Dene rights on their own homeland to hunt, it’s like the wolves, they will never forget it. The next generation will, but the hunters won’t,” Sangris says. “The same thing happened in 1948-49 when the government’s poison program was carried out and it killed not only wolves but the ravens, everything. The elders still talk about that.”

Miltenberger disagrees that the Bathurst caribou have joined other herds.

“The assertion that there’s lot of caribou and they’re just over the next hill in my eight years or so as minister for ENR has never been demonstrated, and I’ve seen the grids and the vast areas that have been flown over for these herds, tens of thousand of kilometres flown,” he says. “We have the best information available based on traditional knowledge, collars, flying, surveys and I’ve yet to see or find or have anything demonstrate other than the herds are in decline all over the circumpolar world, including reindeer – with the exception, knock on wood, of the Porcupine herd.”

When asked if there was anything he would have done differently during his tenure as minister, he says he would have taken action sooner on the Bathurst herd, before the decline got “so steep and so precipitous.

“But that’s one of the benefits of hindsight and it’s basically a moot point. But it definitely affects how we look at the Bluenose East herd and where they are today is where the Bathurst was four years ago.”

Sangris says the lack of caribou in his region has had a tremendous impact on families, who depend on the meat. Caribou have traditionally played a large role in Dene culture, providing skins for drums, clothing, and many other items

“One day we’re happy feeding our families, singing our songs, making drums, today we’re looking at the face of the government who is putting us down. We have no relationship with them,” Sangris says.

He adds the next minister “has to be someone that has great respect for Aboriginal people, Dene and Metis, because if you call yourself a northerner, you make your life here, you should understand their way of life, their culture and do the best you can.” 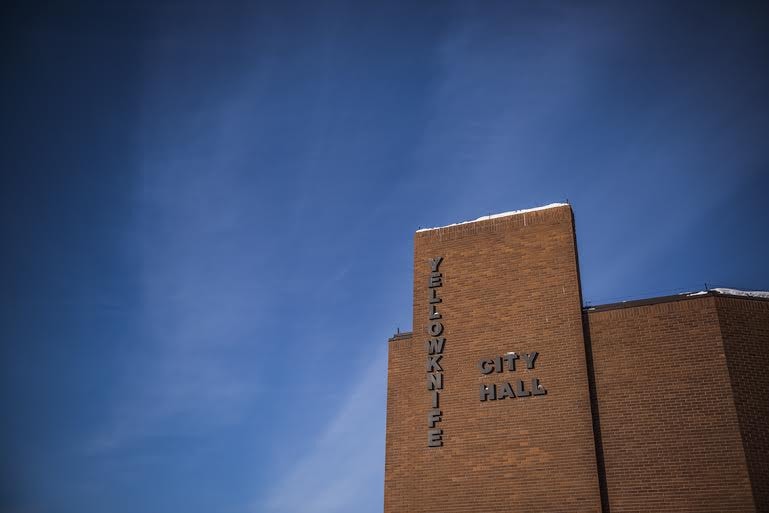