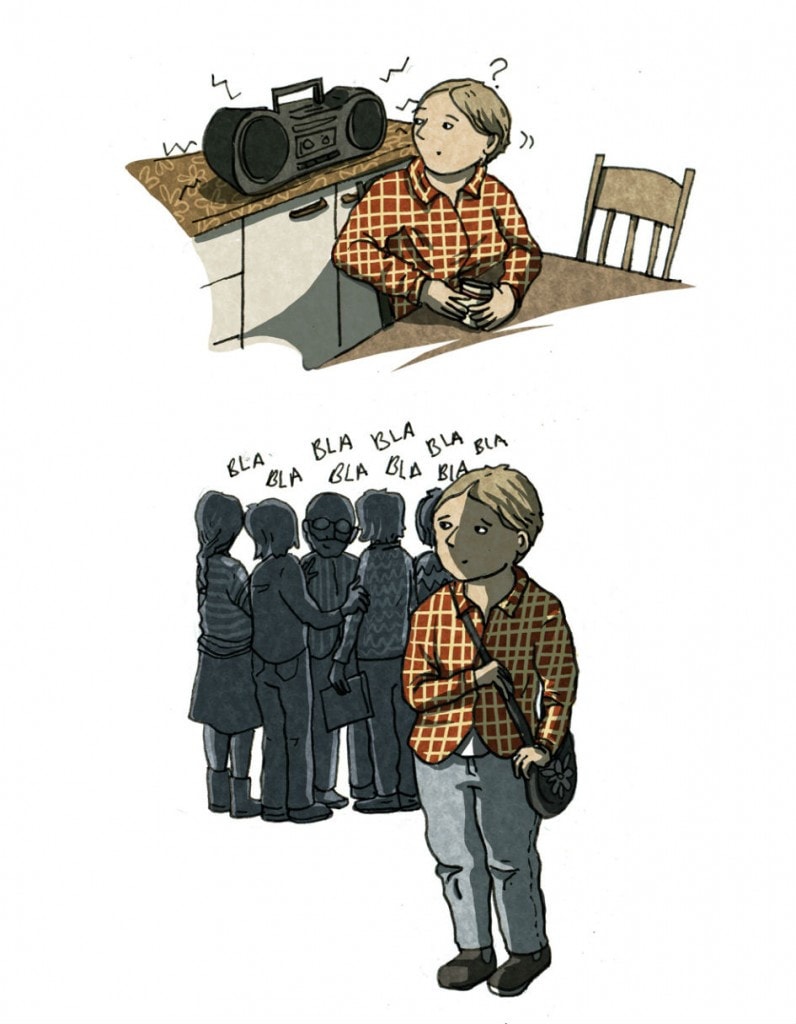 The short ad on CBC North’s noon show caught my ear. “If you’re interested in participating in the Yellowknife Choral Society’s production of the Messiah, tonight is your last chance to sign up. Please come to the Baptist Church at 7 p.m.”

Handel’s Messiah. To me, it meant the Halleluiah Chorus in all its glory. Should I?

I hadn’t sung in a choir since Grade 9 at Glebe Collegiate in Ottawa, many, many years ago. We sang Smoke Gets in Your Eyes and I was an alto. It wasn’t that I couldn’t sing…in fact I sang all the time…especially while driving, with the radio up extra loud. I hummed, I whistled, I made music all the time….very quietly, so nobody could hear me. Just once, I would love to sing the Halleluiah Chorus really loud.

Well, nothing ventured…why not? It was 2008 and my only child was off to university and that meant many things, including the fact that I no longer had to spend evenings in gyms and arenas, cheering, coaching, driving to and fro. My evenings were now my own.

I arrived at the church right on time and was a bit puzzled by the overflowing parking lot. There must be a lot of people signing up. I walked through the doors into what was obviously a practice. Dozens of people stood around chatting with music in their hands. A pianist was running through a few scales. I definitely wasn’t ready for this. I recognized Margo, the choir leader, from the numerous spring musicals she had sung in. She walked to the podium and called out, “OK everyone, time to get to work.” Time for me to go.

As I turned to leave, an old friend, Kate, called my name. “Are you here to sing,” she asked?

“You might as well stay,” was her reply. “Are you an alto? Stand here with me and give it a try. There are some spare books over there.” With that, I had a 200-page book of music in my hands, and a chair in the alto section.

“We’ll start tonight with number four…The Glory,” said Margo, and off they went. I stared at my book. Kate pointed to the second line…“that’s us, altos,” and then she proceeded to belt it out.

I knew Kate was a singer. Her strong voice could be heard in any number of musical productions around town over the years. If I listened closely to her and followed the music with my finger, at least I’d know where we were supposed to be. It’s not that I can’t read music. I achieved my Toronto Conservatory Grade 8 in piano as a teen. I’ve played several other instruments as well. It’s just that I had never sung to printed music.

My voice simply had no idea where middle C was. By listening carefully to Kate and Margo I muddled through without embarrassing myself. By the time I left that night, I had picked up a few helpful tips – like highlighting the alto part with yellow marker – as well as lots of encouragement. There was a CD of our part that the alto section leader, Krystine, would burn for me and an all day-workshop in two weeks. I’d give it a try.

I often think that one of the big stumbling blocks about getting older is that there are fewer opportunities to try something new. It seems too easy to just do the same tried and true stuff, year after year. This was just a three-month commitment to sing with some other music lovers twice a week. In the general scheme of “new things,” this was pretty tame.

Once I had committed myself to the Messiah, I was surprised at how seriously I took it. I made mistake after mistake at practices, so I began to play over the tricky parts at home on the piano while singing along. The CD was a godsend. The alto part boomed out of the right hand speaker in my car, while the rest of the choir sang backup from the left speaker. At times, I felt like a teen with the radio cranked up loud enough for everyone on the street to hear it, even with the windows closed.

Slowly, parts of different songs became more familiar. In fact, I even became quite comfortable with some bits. We practiced in what I felt was a haphazard order, although I’m sure Margo had reasons for it. We wouldn’t necessarily learn a piece from beginning to end; we would just learn parts of four pieces every week. For some reason, when I began, all I was thinking about was Halleluiah. I had forgotten that there was a lot more to the Messiah than just the Halleluiah Chorus. We were going to learn 14 pieces. Not possible thought I. Definitely not possible.

To make matters even worse, I wasn’t sitting beside Kate any longer. Margo had grouped us into four rows, depending on our voice types. I was in the front row, seated between two young women who had also never sung the Messiah before.

Somehow, we were going to have to get through this without having a seasoned voice beside us to depend on. I practiced harder.

With every practice, I discovered more about my fellow choir members. We were a varied crew of 65 singers, ranging in age from early twenties to, I would guess, mid-sixties. Many were seasoned veterans of the Choral Society: others were music lovers trying out something new. Although the Messiah has a religious theme, we approached it more as an amazing piece of music rather than a religious experience. As the weeks flew by, Margo shuffled our seating arrangements to obtain the best musical results. I was the only “oldie” in the front row, and it was a real pleasure to get to know my new young friends. We often giggled and whispered like school kids, and cracked corny music jokes. Margo steered us ahead with a dedication and manner that reflected years of practice and a good understanding of human nature. There were also many moments of hilarity and laughter. I looked forward to our Tuesday night practice as well as our Sunday afternoon sectional. We altos were coming together as a group. We knew our weaknesses (many) and our strengths (we were good counters).

Then suddenly it was one month till D-Day. Four practices! That wasn’t enough I thought. We’ll never get it all by then. We worked harder. In some ways, I’d forgotten that the performance was what all this work was aimed at. I was enjoying the practices and the singing in the car. I wasn’t really thinking about the nights to come at St. Patrick’s Church. Margo finally began to talk about the performances. We would be singing for four nights, Wednesday to Saturday at the biggest church in town, with a seating capacity of over 300. They were expecting sellout crowds. There would be a 12-piece orchestra and four soloists!

I was alarmed. Orchestra? Soloists? This really hadn’t sunk into my poor brain very deeply before this point, although I’m sure it had been mentioned in my presence. Most of the musicians were coming from down south, although some were local.

There would be three rehearsals with the orchestra, followed by four three-hour-long performances. We would be singing for seven nights in a row. Drink lots of water, get lots of rest and wash your hands, were Margo’s words of advice. Now I was nervous. This was serious. People were paying money to come and hear us.

As D-Day loomed, rumours began to circulate. Greg would be out of town, Lorne was really sick, Cynthia had a sore throat. I willed myself to stay healthy and avoid the dreaded flu which was sweeping through town. Finally, the night of our first rehearsal at the church arrived. It was fairly informal since the risers weren’t in yet. We sang from the pews, facing the front of the church. The acoustics were amazing. Our voices soared. Even our mistakes were sounding good.

The next night the risers and chairs were in place and the orchestra and soloists had arrived. Up to this point, being in the front row had been a source of some discomfort for me.

Suddenly, there, right in front of me, within touching distance, were the violins. I was fascinated. I spent most of that practice watching nimble fingers fly across the instruments. To my right were the flute and oboe and to the left, the viola. Further to the left, sat the four soloists.

One of the interesting things about living in Yellowknife is the amazing people here. Northerners mix with people from across the globe who live here for various reasons. Talents of all kinds abound. Former Olympians, professional musicians and actors and a huge variety of other talented souls share their gifts with the rest of us on countless occasions.

But to hear these four incredible Yellowknife voices singing here, with us, in the church, was at first, completely overwhelming. As they stepped forward to sing their various solos, I was awestruck. Their virtuosity rubbed off on the whole choir and suddenly, we were really sounding good. Voices soared, intricate harmonies played back and forth. How had this happened? Wednesday night arrived. We all arrived a bit earlier than required. Nerves were showing, but so was excitement. We were almost sold out. We pinned our Christmas corsages on to our black tops. Cough drops and tissues were tucked into pockets. Gradually the hum and activity of hundreds in the church became louder. We lined up in the church hall which was also the home of the world famous St. Pat’s Flea Market.

Surrounded by racks of used clothing, housewares, toys and books, we took deep breaths. Margo came in. All eyes were on her. All she had to say was, “You’re ready for this. Let’s do it.”

With that, we filed out into the church.

I had a quick glance around before we began. My family was accounted for, and there were dozens of familiar faces. In the second row sat my neighbour, the late Dr. Ross Wheeler, resplendent in a glorious Hawaiian shirt. He was to attend all four performances and quickly became a favourite of the entire choir.

Of course, that night didn’t go completely without hitches, but that was to be expected. We sang our hearts out, and at the end of the three-hour performance, the audience, led by Ross, jumped to its feet, clapping in appreciation. All I could do was smile…and smile and smile. After years of being in the audience, I was on the other side of things and loving it.

Fran Hurcomb is a longtime northern photographer and writer and is very pleased to be performing in the Yellowknife Choral Society’s Messiah again this December. After a six-year hiatus, the Messiah returns to Saint Patrick’s Parish Church from December 10-13. Tickets will be available at Roy’s Audio Video and at the door. For more information, visit ykchoralsociety.org 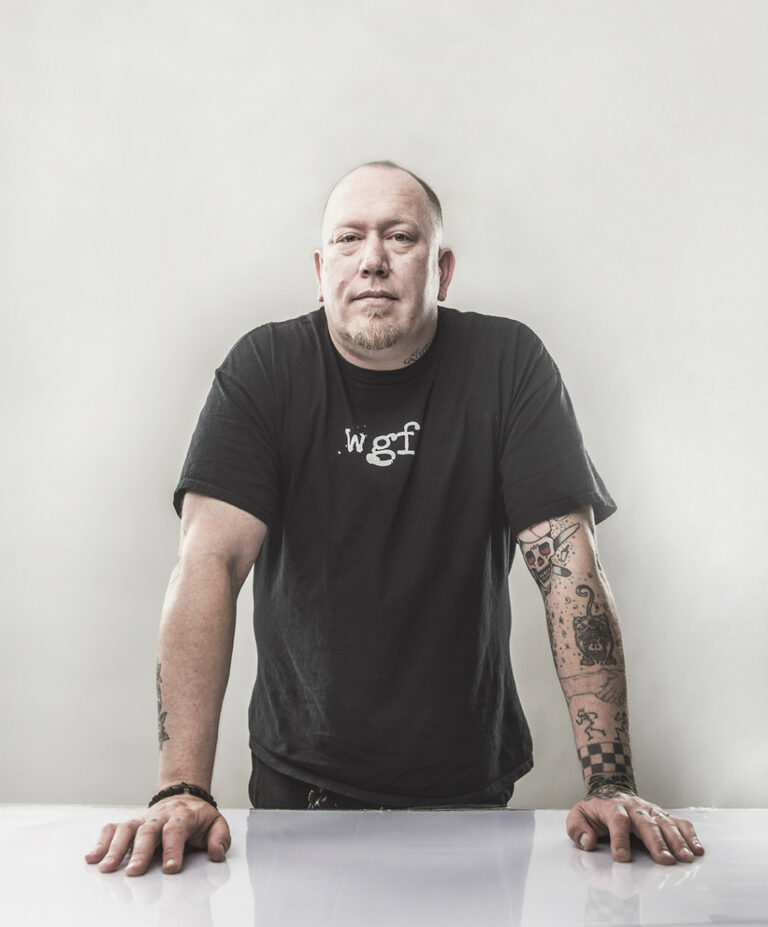