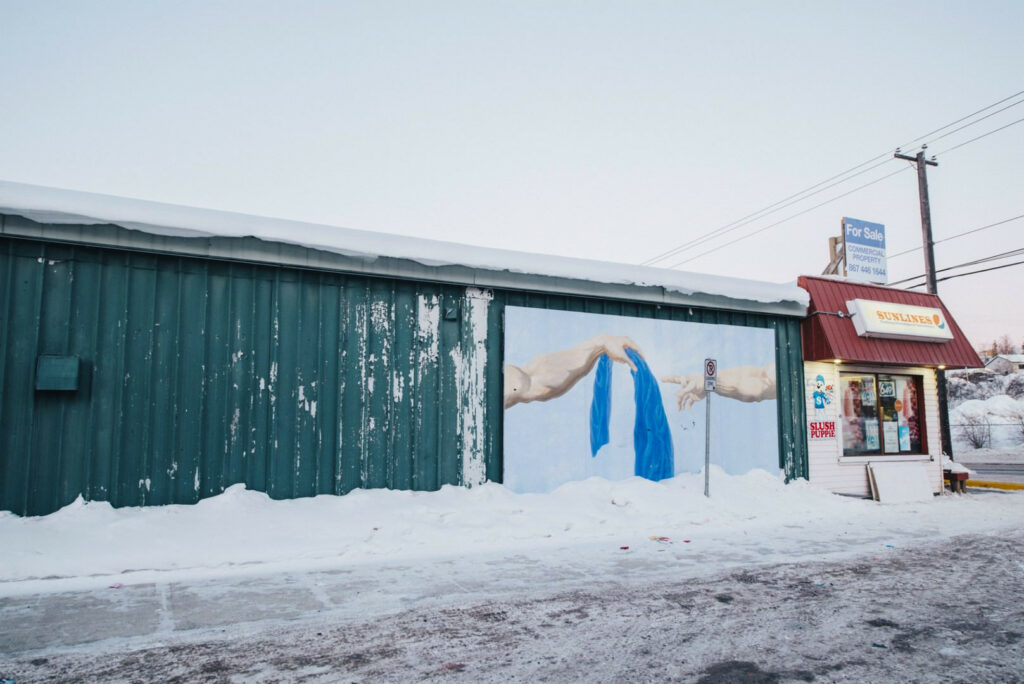 Can you pass me that towel?  That blue one right there.  Great, thanks… This is my inner dialogue when I pass my favourite mural in town. Those two gentle hands, and two wilted wrists, with one arm slowly reaching over to deliver some kind of blue garment. How thoughtful a gesture it seems, but what exactly is happening on the side of Sunlines Convenience Store?

The mural, located on the west side of the building at Franklin Avenue and 44th Street, is a unique piece of public art in Yellowknife, and perhaps all of the North.

Think about the lovely black bear on its hind legs painted on Quality Furniture’s sofa showroom on Franklin. Or the Jenn Walden original on 49th street of bison grazing in the wind. Such Northern wilderness icons. But the hands and blue towel?

Is there a relationship between Adam and God and laundry that I’ve missed?

These almost touching hands felt very familiar. There are even cracks painted into the background, suggesting it is replicated from something very old. I consulted an art history book and quickly realized I have been looking at a section of one of the world’s most famous paintings. Michelangelo’s Creation of Adam, painted on the Sistine Chapel in the Vatican (hence the cracks).

Michelangelo’s piece perhaps rivals only Mona Lisa as one of the world’s most recognizable artworks. It’s a certified masterpiece. In the original, painted between 1508-1523, the two hands belong to God and Adam. Both men are the central figures, they are very muscular, and very relaxed. A nude Adam slowly reaches out as God delivers the touch of life (or in our case, a blue towel).

Some experts see the piece as a literal interpretation of the Bible, and of God breathing life into Adam.  More cerebral thinkers believe that the angels surrounding God resemble a brain, and reflect Michelangelo’s keen interest in human anatomy. Some feminists view the painting as a reinforcement of the patriarchal relationship between men and religion, and in shaping religious constructs. So the takeaway: there are many interpretations of this piece and we are dealing with a major work of art history that is recreated in downtown Yellowknife. Lots going on with this mural.

Then I started coming up with my own interpretations. There are no full bodies or angels. We only see the hands of God and Adam, and the blue garment. The almost touching fingers are the focal point and most exciting part of the painting. We anticipate some kind of spark to occur in this space. But instead… the blue garment. Maybe it’s a scene from the beach at Long Lake where a guy is lending his towel to another guy? Or, maybe it’s a closeup picture of capture the flag? Seriously, what is happening on the side of Sunlines?

I started putting that question to people around town. Besides some odd looks, my friends were generally interested too. One thought that the building was a laundromat before it was Sunlines. The blue towel, she believed, was actually a dress.

OK, this was adding up. Enough encouragement to turn to Google with some extra words to search:  “Creation of Adam dress.” Whoa, that exists? How about: “Yellowknife blue dress mural.”  And, nothing.  “Two soft hands blue…” Ugh, nothing.

Then, my Yellowknife source came through again with an old link to a story from the Northern News archives. Written in 1998, it explained that the mural was painted by Bill Nasogaluak on what was then the Magic Touch Dry Cleaners. Nasogaluak explained that Adam is handing over dirty laundry to God.

Closure, I thought, as I began to read the article. But then, something still seemed a bit odd. Is there a relationship between Adam and God and laundry that I’ve missed? As I read further, I learned the real meaning behind the mural. It is truly more controversial, political, and sordid than I had originally conceived.

The blue garment is Monica Lewinsky’s semen-stained dress from Clinton’s infamous, “I had no sexual relations with that women” Whitehouse sex scandal in 1998.

My head was racing. I was confused as I searched for common ground with the stained blue dress, the dry cleaners, Michelangelo, and this mural’s place in Yellowknife. Admittedly, I’d become obsessed. There was only one thing left to do. I needed to track down Bill Nasogaluak. The internationally renowned sculptor and painter, whose pieces sell at premier auction houses around the world, moved from Yellowknife to Toronto several years ago… but this is still a small town, and in short order I had his cell number. I called him, and he was happy to lay it out for me.

“It’s way more meaningful than you think, it’s ironic in a lot of ways,” he began. “That happened in ’99 or ’98, I believe. I was going out with a lady friend and her sister owned Magic Touch Dry Cleaners at the time.” The drycleaners commissioned him to paint the mural.

“So, Adam is holding this dark blue dress, the stained dark blue dress. In other words, if Bill Clinton used Magic Touch Dry Cleaners, he wouldn’t have got caught,” he said with a laugh.

Born in Tuktoyaktuk in 1953, Nasogaluak cites renaissance artist Michelangelo as an important influence. “Michelangelo was always someone I looked up to because he paints and he does sculpture and I do both of them also.”

I asked him what the reaction was from Yellowknifers to his satiric take on Michelangelo’s masterpiece.

“Well, a lot of people didn’t get it, you know. I left to a different part of Canada, so I never get much of a reaction. But I remember, I was up there as a judge for the ice carving contest at the Long John Jamboree. And we were staying across the street from it (the painting) with a bunch of Americans that participated in carving, and so I just happened to be meeting them in the lobby and explained to them everything about it and they really got a kick out of it. If anything, that was my best reaction about it.”

I was still curious about the state of public art in Yellowknife, where we tend to think it should be, or has to be, about the North. Nasogaluak’s take on American politics went way beyond those boundaries, so I asked him for his thoughts on this. Turns out his Magic Touch mural wasn’t the only public statement he’d been considering around that time.

About 20 years ago, when parts of the Yellowknife Inn were torn down, he said he’d painted a large polar bear across from the CIBC bank.

“It was very frowned upon because it’s mostly a Dene community and I had painted an image from the High Arctic. So before it got totally damaged I pulled it out,” he said.

“And it was really interesting because after that I just left four blank walls and I asked Yellowknife Inn, because it’s their wall, if they could fund about 200 to 300 dollar’s worth of paint for me to paint a new mural, and they didn’t. They said it was costly. And I was really mad about that and I wanted to make a statement painting.”

Nasogaluak’s statement was to paint a dying way of dressing, and simultaneously dress down the Yellowknife Inn for its lack of support for the arts.

“Those old Dene women that wear the pink scarf and the blue jacket and the dress and the little mukluk rubbers, you’ve seen that! So what I wanted to do was paint a women in that garb, in a scene, you know exactly in Yellowknife where it’s rocky, but it’s snowing, and it’s snowing quite a bit, and what I was going to do every day on that wall was paint it more and more and people were going to realize ‘the buggers going to paint her right out the picture.’”

Nasogaluak said compared to Inuvik, Yellowknife hasn’t got much appreciation for fine art.

“And so my statement was, ‘Look, you guys had a really nice painting and because of your disinterest – and, you know 200 to 300 dollars is not much money for an 8 by 16 foot painted mural on their wall – I was going to paint it right off again.”

He ended up being pulled away by international travel and never did get around to painting, and unpainting, his painting.

Given the degree of controversy over public art spaces – not even accepting a polar bear, our territories’ symbol that graces every license plate, as an appropriate downtown mural –  it’s kind of surprising the touch of God knockoff with proof of Bill Clinton’s infidelity has more or less survived all these years.

What does that say about us? Perhaps, as a piece of public art, it continues to speak volumes. It certainly did for me. 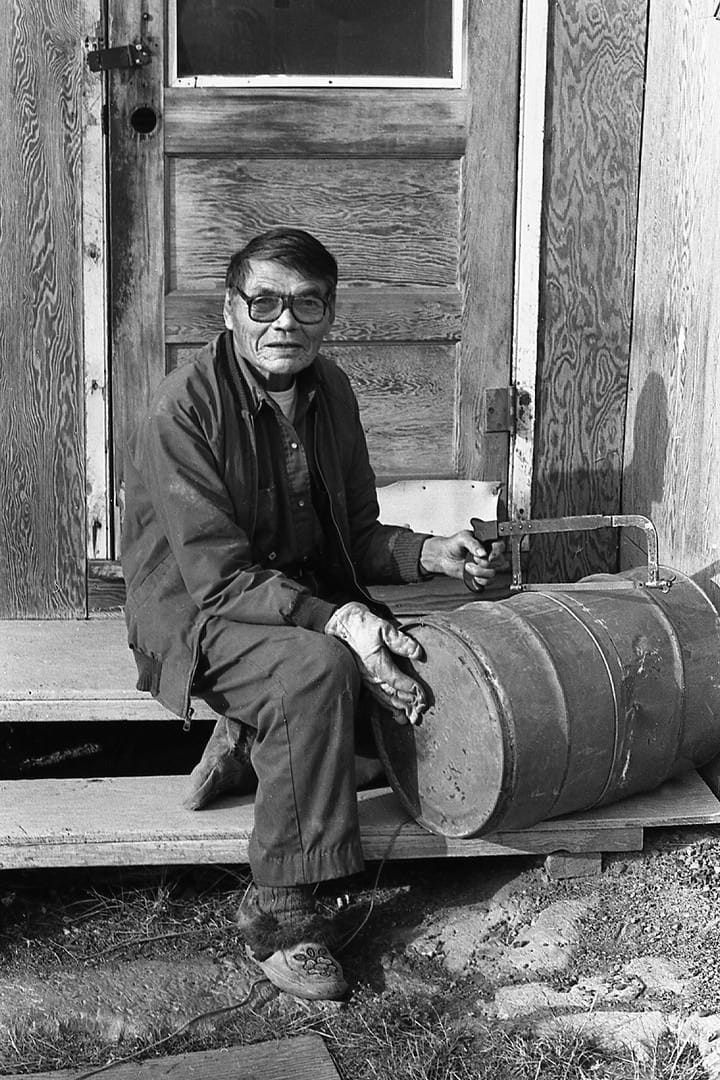 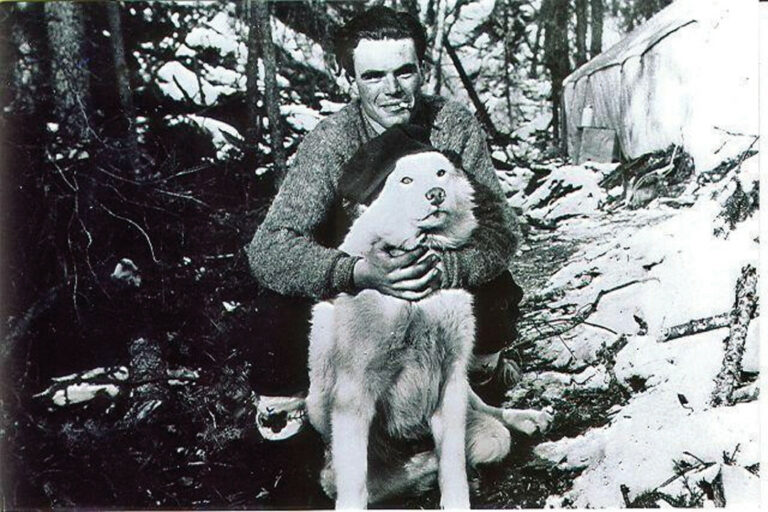