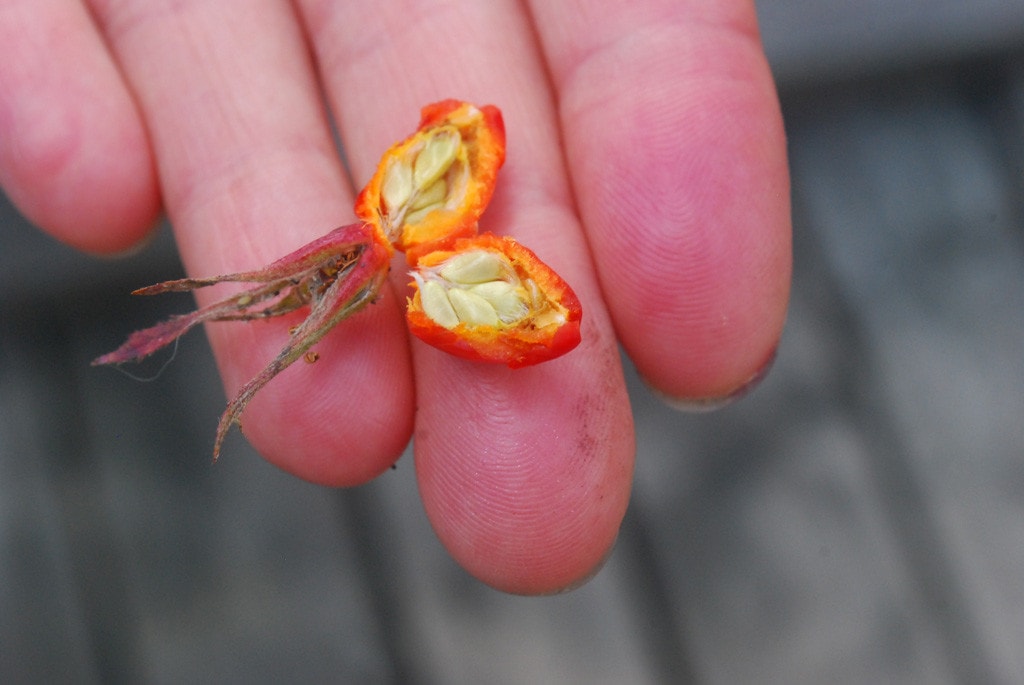 Hidden along Frame Lake’s McMahon Trail is a supermarket full of free produce. Its aisles stock anything from food to medicine to building materials, and to make things even better, it’s all organic. But here’s the catch: this supermarket is invisible to the untrained eye.

In order to learn more about Yellowknife’s hidden superstore, EDGE braved the sweltering August heat and hit the trail with Rosanna Strong, a biologist and educator who’s been studying and enjoying the boreal forest around Yellowknife for the past 25 years.

“There’s a high number of people who actually go to the forest and go shopping for things they need,” says Strong, who owns and operates Strong Interpretations, a local business devoted to teaching Yellowknifers and tourists about the boreal forest.“This area is full of plants that can be used for food and medicine.”

Walking with us is a family of three from Manitoba. They’re plant-lovers as well, and with Strong’s guidance and their keen eye, we come to identify dozens of plants that can be eaten, drank, or used in a variety of different ways. A good amount of time is spent on our hands and knees, peering at plants through magnifying glasses and discovering what they are and how they can be used. That’s the only way, Strong says, to understand what their nutritional, medicinal, and practical uses may be.

“There’s lots of great books on plants,” said Strong. “But getting dirty and getting your hands into the earth and touching and getting to know those plants intimately is the best way to learn what’s out there.”

McMahon Trail is stocked with useful flora. As we make our way through the rocky trail, we stop every couple of steps to identify another plant and discuss how it can be used. At every stop, Strong checks another item off of a long shopping list that includes anything from aspirin substitutes to salad greens.

But that abundance of nutritional and medicinal plants so close to downtown shouldn’t prompt Yellowknifers to just head out there and start foraging for their next meal. Instead, Strong suggests Frame Lake’s trails should be used as a classroom in which people can learn exactly what’s what, and understand how it can be harvested.

“The main concern is harvesting sustainably, so you’re not taking all the leaves off of that Labrador tea, and that you leave some to allow for the plant to continue growing,” Strong said.

She also gives a cautionary notice to anyone wanting to start picking plants:

“We do have poisonous plants in the North, and people need to be aware of that, and be able to identify those,” she said. “You need to have good knowledge and be 150 percent—not just 100 percent—sure that you can eat or use that particular plant, and that you can use it properly.” Yarrow: Achille’s plant, and a great foe of bleeding | Photo by Angela Gzowski

Strong’s boreal shopping list includes dozens of plants that can be used for a variety of purposes. Here’s just a small portion of those plants, including their properties, uses, and descriptions. (; please refer to experts and to scientific literature to learn how to identify and safely use these plants)

This omnipresent member of the pine family has a number of different uses. In the spring, its tips can be used to flavour foods, and are high in vitamin C. The tips can also be used to make tea, and are a good way to fight off colds. Its sticky sap has served as a throat lozenge and if melted can also be applied to cuts..

Labrador: The waxy leaves of this small aromatic shrub have been used for centuries by First Nation peoples of the North. To make Labrador tea, a small handful of leaves are steeped in already boiling water for no more than five minutes. The tea is analgesic and helps deal with fevers. Beware: consuming too much Labrador tea can be toxic, so make sure you are only using a few leaves, that you only steep them in water that’s already boiling, and remove the leaves after five minutes.

Yarrow: This unassuming weed may be known by enthusiasts of Greek mythology as the plant used by Achilles’ mother to make him (mostly) invincible. It is a mild anesthetic and also helps stimulate the immune system. Its flowers and leaves can be made into a tea, which when consumed can help stop internal bleeding and relieve headaches. Alone, its leaves are also good on external wounds, and can be chewed up and placed on a cut to stop it from bleeding.

Juniper berries: Juniper bushes can be seen growing along the rocks throughout Frame Lake. Their small berries are blue when ready, and have a distinct smoky taste to them. They are a delicious trail snack, and can be used to flavor everything from truffles to gin. They also have medicinal properties. Anyone got some tonic?

Kinnikinnick: This small, evergreen bush also grows close to the ground throughout the trail. It has red berries, which shouldn’t be eaten. Its small, waxy leaves, however, can be dried and used as a substitute for tobacco.

Prickly Rose: This plant can be found throughout the North, and can be used for many, many things. Its leaves, roots, stems, flowers, and fruit can all be harvested, and its medicinal properties range from cold prevention to bandages.

Birch: The birch is one of the most ubiquitous trees in the North, and has so many uses that it’s hard to keep count. Its water-resistant bark is its most prominent feature. It has been used to make water pots, canoes, and snow goggles, and is ideal as a fire starter.

Willow: In the North there are about 17 different species of willow. Its flexible branches can be used to make baskets and whistles, and are full of acetylsalicylic acid, the stuff that makes aspirin. When prepared in a tea, it can help cure headaches, but has a bitter taste.

Sphagnum moss: This super-absorbent moss grows along wet areas of the trail and is a perfect plant for parents on a tight budget: it serves as diaper lining. Babies will also love it as it produces no diaper rash.

Pineapple weed: This small weed grows on disturbed soils right next to trails. It has a very distinctive pineapple smell, hence the name, and can mixed into a tonic that dyes your hair blonde.

For those interested in learning more about foraging in the boreal forest, Strong recommends the following books:

Plants of the Western Boreal Forest & Aspen Parkland (by MacKinnon, Johnson, Kershaw, and Pojar) as a field guide to identify plants;

The Boreal Herbal (by former Yellowknifer Beverley Gray) for a more in-depth knowledge of boreal plants; and

The Boreal Feast (by Michele Genest) to learn how to use the plants of the boreal forest in recipes. 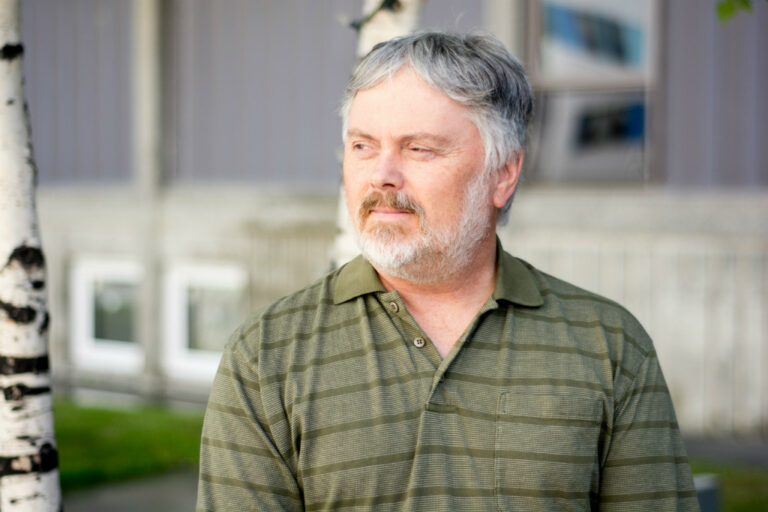 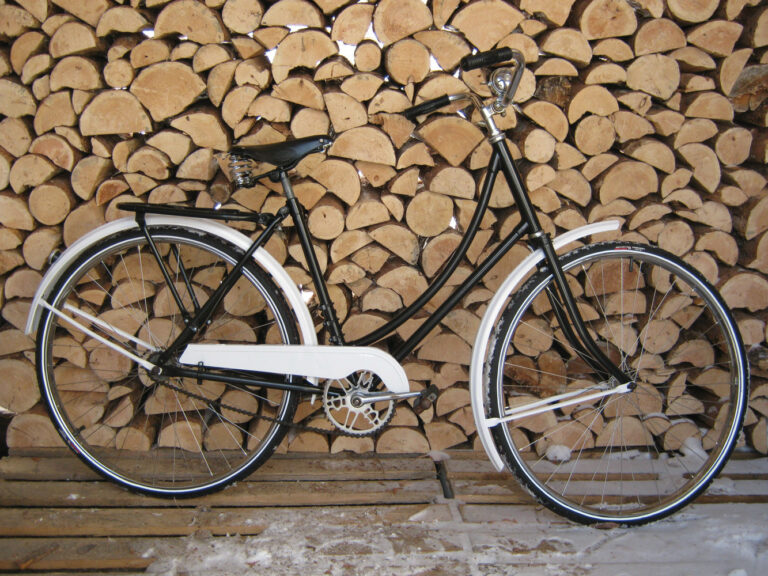 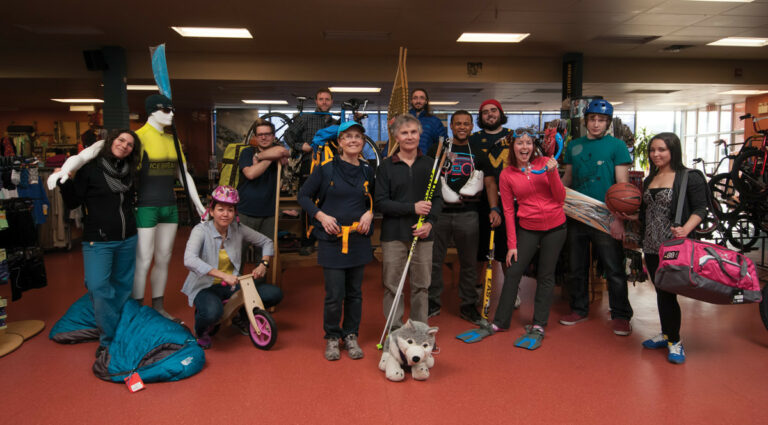