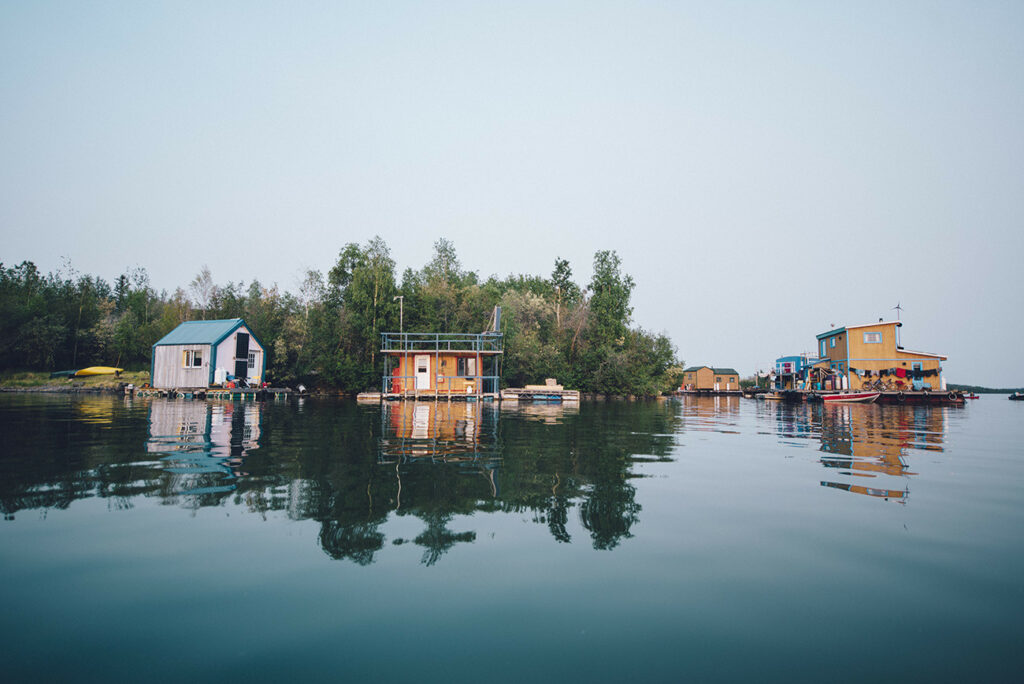 As predicted, AirBnB’s local growth is starting to cause friction between traditional B’n’B operators and those taking advantage of the new service. Here’s our original article, first published February 11, 2016:

Like your aunt who just signed up for Facebook last month, Yellowknife can be a bit behind the technological curve, perhaps endearingly so. Given our remoteness, this delayed-widget-uptake isn’t surprising, nor is it necessarily a bad thing. But the disruptive technologies that have been rewriting the economic playbook across North America – think Uber, Etsy, car sharing – will get here eventually. You can count on it.

Over the past year, one such service has exploded in popularity in Yellowknife: Airbnb, the nifty, if controversial, online hospitality service that allows individuals to rent out spare rooms, apartments or even houses.

Last summer there were only five or six people with rooms advertised on Yellowknife’s Airbnb page, says one local host – let’s call him Joe – who asked us not to use his name for professional reasons. Only six months later, there are now 49 people advertising on the Yellowknife page, 37 offering private room rentals and 12 offering entire homes/apartments.

“For me it’s about getting to know people from all over the world. I’ve had people stay for a week, and we’ve become really good friends.”

For Joe, who has mortgage payments to cover, renting out his spare room to tourists is a fun alternative to having a roommate.

“For me it’s about getting to know people from all over the world. I’ve had people stay for a week, and we’ve become really good friends… And it’s great for them; their experience becomes hyper-local, it allows them to experience Yellowknife as a local and stay in a neighbourhood they might not otherwise see.”

Other hosts, like Lona Hegeman, who owns Arctic Chalet Bed & Breakfast, have started using Airbnb to compliment their existing businesses.

“There was no cost involved, and after the first booking I was hooked,” says Hegeman. “With Airbnb, you have contact with the guests beforehand, so by the time they arrive, you’ve had five or six interactions, I can tell them where to book aurora tours, what clothes to bring.”

There’s also the ability to turn down guests if they seem fishy or disruptive, she says, as reviews on Airbnb are not a one-way street: “With Airbnb, you review the guest as well as they review you, so if they took towels, or disrupted other guests, there’s a way to report it. It’s more a reciprocal evaluation; with hotels and other booking sites, guests review you but you don’t review the guest”

Both Hegeman and Joe attribute the growth of Yellowknife’s Airbnb scene to a combination of the tool’s superior design and the ability it gives entrepreneurial-minded Yellowknifers to fill a gap in the hospitality market. Although hosts can set whatever price they want, Hegeman and Joe offer rooms at cheaper rates than your average Yellowknife hotel. This has been popular among younger tourists, especially the growing demographic of young Asian tourists visiting Yellowknife alone or in pairs.

Joe, for example, says 60 or 70 percent of his guests are young Asian tourists, often people finishing up school or work terms in Canada and visiting the North before heading home. This, he says, suggests there’s a market niche that’s currently underserved by hotels.

As the two hosts attest, there are plenty of positives surrounding Airbnb’s Northern debut. Like many aspects of the “sharing economy,” which has flourished in the social media-era of the internet, Aribnb is bringing entrepreneurial opportunities to the layperson like never before.

“What’s transformational about this trend is the unique access it provides middle-class Americans to entrepreneurship,” explains Jacob Morgan in a recent article for Forbes. “Traditionally, the largest barrier to entry into entrepreneurship for most small business owners is start up capital. What makes the growth of the sharing economy so exciting for many middle income people is the opportunity to leverage existing underutilized assets (e.g., their cars, their homes, their social network) to create incremental wealth for themselves and their families.”

However, as with other components of the sharing economy, there are justifiable worries about regulation, taxation and labour standards. Airbnb, for example, has been in high-profile tussles with cities like San Francisco and New York, over regulation and the disruption of the traditional hospitality industry, just as the arrival of Uber has sparked concern, protests and outright bans across Canada. The disruptive potential of the sharing economy is sufficiently worrisome that the federal government recently struck a high-level committee of five deputy-ministers and a team of analysts to produce “a comprehensive study of the so-called sharing economy and its implications for Canadian policy-makers and consumers.”

“The fact that the sharing economy will create winners and losers is obvious,” the report reads, according to the Toronto Star. “What remains to be determined is what the overall impact will be on Canadian society and the degree to which proactive government responses can positively shape the outcomes of sharing economy.”

“It hasn’t hit Council yet because no one has sent a request or a complaint. But anyone who reads newspapers knows the discussion is coming.”

The discussion, though, has yet to migrate north. And as it stands, Airbnb is not regulated in Yellowknife.

“This is like the Uber discussion,” says Nalini Naidoo, the City’s director of communications. “It hasn’t hit Council yet because no one has sent a request or a complaint. But anyone who reads newspapers knows the discussion is coming.”

“We do regulate bed and breakfasts through the home-based business section of the business bylaw,” says Naidoo. This means traditional B&B owners have to get a business license and there are rules around service levels, inspections, informing neighbours, and so on. But Airbnb rooms, for their part, are not technically considered B&Bs. At least not yet.

Hegeman believes the City should get ahead of the issue and begin regulating Airbnb to put it on a level playing field with traditional B&Bs: “If I have to pay for a license, others should as well.”

She’s even spoken to folks at City Hall, offering to lead workshops on running accredited B&Bs for people interested in becoming Airbnb hosts.

Joe agrees, although with a caveat: “I wouldn’t be opposed, so long a you’re not held to the same standard as hotels. The idea is that it’s a cheap solution for visitors. If we have to start paying for business licenses, and other fees, then we’ll not necessarily be able to provide a cheap alternative to hotels.”

Regulation may also make it difficult for people who use Airbnb part-time, he says. Having to pay for licensing and inspections could discourage the occasional Airbnb-ers, who only rent their apartment out while they’re on vacation to make a bit of money on the side.

Whatever route the City does end up taking, the discussion can’t be too far in the future. It may even be sparked by the upcoming Canada Winter Games vote, as the plan for dealing with projected hotel shortages during the Games involves a kind of home-stay option that looks a lot like Airbnb. As is happening elsewhere, it should be an interesting discussion about how governments can best manage a rapidly changing, internet-centric economy. And it certainly won’t be the last discussion foisted on City Hall by a generation of smartphone-wielding consumers and citizens. Hello IserveU. Hello Uber.