Last week, Bobby Zoe allegedly broke into a person’s home in downtown Yellowknife and sexually assaulted someone. He also allegedly stole some items from the home. Zoe has also been charged in relation to a second alleged sexual assault and theft from earlier this month.

If these allegations are true, this will be the third and fourth times that Zoe has done this.

I know this fact to be intimately true; a few years ago, I was walking in downtown Yellowknife and Bobby Zoe ran up behind me and began choking me so hard that I almost blacked out while he shoved his hand down my pants. He said to me, “Do you want to die?”

Two men in a house nearby happened to look out their window, saw what was happening, and chased him away (Zoe hit one of the men on the head with a full wine bottle). Zoe was on probation for a previous sex assault on a minor when he attacked me.

What followed was a year and a half of confusing court proceedings, visits to victim services, and surprise police visits to my home and work. I badgered court workers for details on the case, which they grudgingly gave. Friends grew tired of hearing me talk about it. It was hard not to feel like I was losing my mind and becoming obsessive.

I’ve considered writing about this many times, but have never done so until now. It always seemed like it would be better left forgotten, and that I should just move on.

But these kinds of incidents just keep happening.

It seems like no one really wants to hear about this. But if we don’t speak freely and openly about our experiences with violence and sexual assault, it will continue to be swept under the rug, and those in charge will continue to avoid doing anything about it.

Court workers told me Zoe was challenging because he refused to be examined by a doctor for a very likely case of Fetal Alcohol Spectrum Disorder (FASD). He was eventually sentenced to three years in jail, but served a year and a half.

Unsurprisingly, Zoe fell back into his previous behaviours almost immediately after being released from jail.

I left Yellowknife for good in August 2013, partly due to the assault. A few days after Zoe was released in October 2013 for my assault, he broke into the house next-door to where I had been living for the last year that I was in Yellowknife. He was charged with attempted robbery. That incident was literally too close to home for me.

The corrections department had failed to notify me when he’d been released, despite the fact that I had specifically asked court workers to be notified. They said it was an oversight.

In a city that is rife with violence towards women, what has to happen for the city, the police, and Yellowknife MLAs to wake up and do something substantial about this? And organizations such as victim services and the justice system have to do better for the people they claim to serve. Oversights are not acceptable. Fights for information are not acceptable.

A quick Google search for ‘sex assault Yellowknife’ turns up staggering results – there were 235 sex assaults in this very small city between 2010 and 2013. And those are just the ones that were reported, which is generally a small fraction of the actual number.

Many crimes in the North stem from alcoholism, drug abuse and mental health issues. These issues are deeply rooted in colonialism and the legacy of residential schools. Yet the NWT still has no alcohol and drug treatment centre, and there are no mental health facilities in the entire territory. Jail is not the answer for people like Bobby Zoe.

The worst part about this is that my story is by no means unique, and it’s not just a northern problem – recently, there have been some vicious assaults on women in my Toronto neighbourhood. But I’ve been encouraged and empowered by hearing other women’s stories, so I can only hope that by sharing this that other women will be encouraged to speak about their experiences openly and without shame. The more people realize how rampant violence towards women is, the more we can maybe hope for some kind of concrete change. 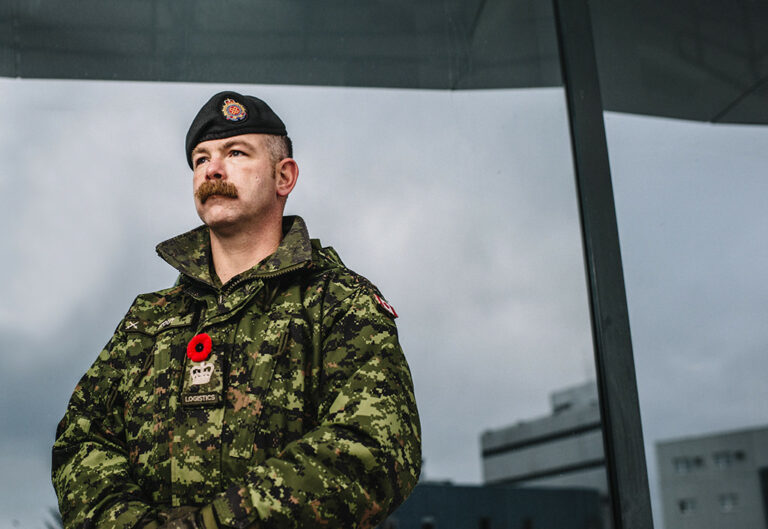