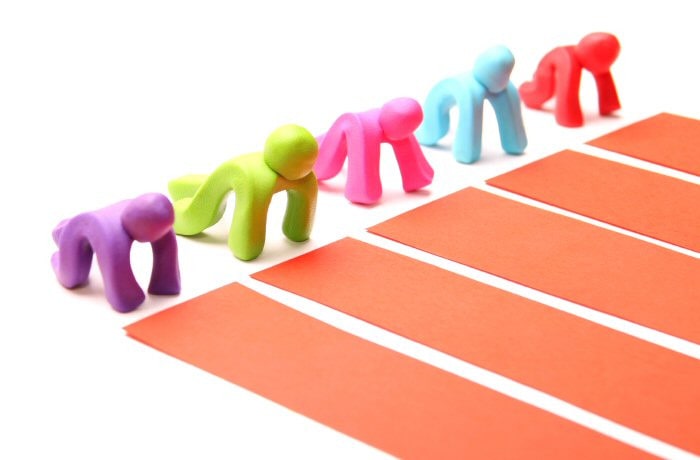 With a tentative federal election date set for October 19, the deluge of door knocking and lawn signs is still months away. However, for the three main parties the search for a winning candidate is well underway. The group may very well change in the coming months (and persistent rumours of a surprise spring election may prove to be more than rumours), but here’s what we know right now about the local figures who’ll be vying for a seat in Ottawa.

The Liberal camp is the site of the most openly contested nomination process, with three people to date who’ve publicly declared they’re seeking candidacy. Only one of them, Kieron Testart, has been greenlit by the party.  With no date set for the nomination meeting, there’s time for the party to decide whether the other two candidates fit the Liberal mould. There’s also a chance other would-be candidates have submitted their nomination papers but are waiting for the green light before going public.

GNWT Department of Justice policy analyst and former deputy sheriff, Kieron Testart was the first person to announce his candidacy. At 29, he’s the youngest nominee by a stretch, but says, “it’s not so strange anymore… the idea that the typical candidate is in their 40s or 50s is changing.” Although a relative newcomer to the NWT political scene, he does bring some political chops, having sat as a member on the Liberal Party’s national board of directors and served as the president of the territorial branch of party from 2012 until he stepped down to seek the nomination.

Testart says he submitted his nomination papers early to get a head start reaching out to “the large number of small communities across a large area.”

The three-term MLA for Yellowknife Centre and former city councillor says he decided to take a crack at federal politics after being told by constituents that he should run. “I think it’s a natural progression. A lot of issues [I’ve dealt with in territorial politics] cross into the federal realm — infrastructure, housing, energy and sustainability.”

As an MLA, Hawkins frequently speaks about the northern cost of living and he says he wants to bring this issue to Ottawa. He’s counting on voter recognition to secure the nomination: “It’s valuable to be a known quantity… You can’t just walk in and say, ‘You don’t know me, but vote for me anyway.’ Northerners want to know their candidate.”

Hawkins is fairly tightlipped about whether he’ll run again in the fall’s territorial election if he fails to win the Liberal nomination. “I’m so focused on the nomination and the longer strategy, I don’t put too much energy into thinking about plan B.”

Political veteran Gail Cyr had barely settled into retirement from her job as Premier Bob McLeod’s special advisor to the minister responsible for women, when she announced in January she’d be seeking the Liberal nomination.

Cyr has a long political history: she sat for five terms on Yellowknife city council, from 1983 to 1994, and spent time as assistant deputy mayor and Acting Mayor. In 2000, she ran an unsuccessful mayoral campaign against Dave Lovell. Along with elected office, Cyr has broad experience as a public servant, working as a political advisor for MACA, the executive director NWT’s Native Court Workers Program and as an electoral officer at both the territorial and municipal levels.

Cyr is counting on the fact that she’s already been to “a majority of NWT communities” to help her win the nomination and popular vote.

“So far I’m the only female and indigenous candidate,” she said. “I’ve spent over 40 years in legal service, doing advocacy work. I understand the perspective of the people who were making the land claims and demanding self-governance.”

Despite a decade of electoral dominance across most of the country and success in the other two territories, the Conservatives have long had trouble making gains in the NWT. The last time the territory went blue was under Progressive Conservative MP Dave Nickerson from 1979 to 1988.  During the last federal election, Conservative candidate Sandy Lee came in second place, though she trailed the NDP’s Dennis Bevington by 13 percentage points. Right now, the nominee field appears to be fairly small, though the nomination meeting date hasn’t been decided on yet, so there’s time for others to come forward.

Barring “something fairly drastic,” it looks like former premier and current mayor of Inuvik Floyd Roland will be seeking the Conservative nomination. He quashed rumours of health concerns, saying he’d already had tests done on his heart and it’s fine, “purely precautionary.” The nomination hasn’t opened yet, but Roland says he’s getting his nomination papers together.

With 16 years in the legislative assembly, four years as premier, and years as a city councilor and mayor, Roland is certainly one of the territory’s senior statesmen, though his history is not without controversy. In 2009, he barely survived a 10-to-8 vote of no confidence, the first in NWT history, from members who claimed he was refusing to communicate on major policy decisions. He’s also known for a widely publicized affair with a clerk of the legislative assembly that led to questions of conflict of interest.

Nonetheless, Roland cites his extensive experience and argues “the NWT can benefit from having a representative in the successful governing party.”

“All we have to do is look at the work and efforts in Nunavut and the Yukon, the fact they’re able to bring concerns to the governing party and seeing different movement on different programs.”

He’s heard talk of other conservative candidates, but is not aware of an official opponent. As for a platform, Roland says he’s waiting for the Conservative’s territorial association to release their platform before he comments on priorities.

Having won the territory three elections in a row, the NDP comes into this election with something of an advantage. Although polls across the country are showing the NDP falling behind the surging popularity of Justin Trudeau’s Liberals, with Dennis Bevington as the likely candidate the NDP will have the usual incumbent’s advantage of a well-established political machine and a name-recognition lead in the territory.

Dennis Bevington told EDGEYK.com that so long as the election comes in the next couple months he’ll likely be running again. As of now, however, he has not officially confirmed his candidacy, nor made public plans to seek the nomination.

“If I was fairly new, I would be out front with this,” said the three-time MLA, businessman and former mayor of Fort Smith. “I’m a proven quantity. People have probably already made up their minds about me.”

“People understand who I am and how I conduct myself, which is always an advantage for a politician.”

— With files from Mark Rendell