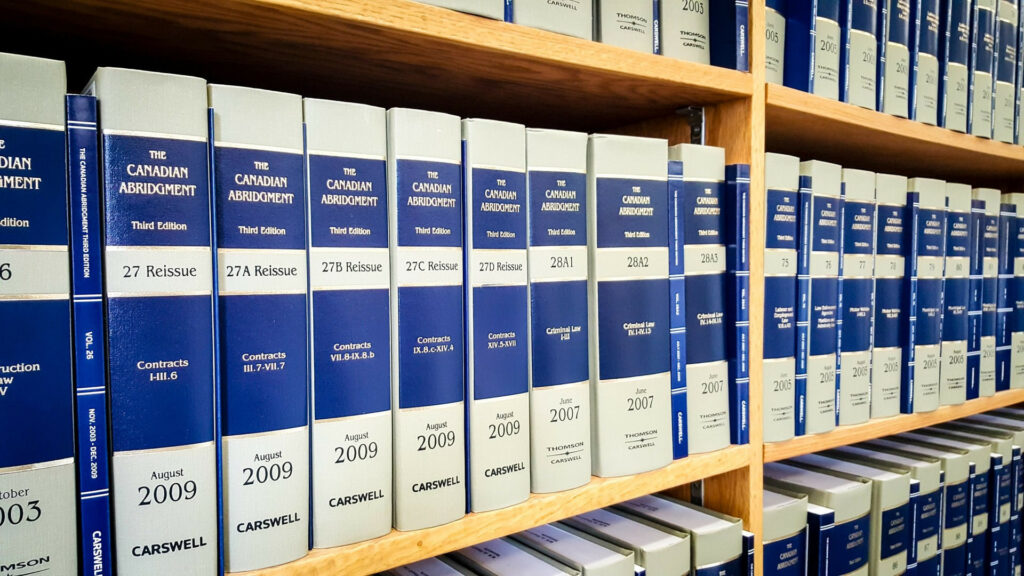 Free to good homes? Books on the shelves inside the law library

It’s about more than books.

That’s the view of some Yellowknife lawyers, who expressed shock this week at plans to close the territory’s only law library.

They say it profoundly affects access to justice in the Northwest Territories, limiting your ability to represent yourself in court and hurting the sole practitioners who help many residents and businesses with their legal needs.

“Saying ‘everything is available online now’ is like saying we don’t need food banks because there are restaurants.” – Paul Falvo

Closing the library — which is a budget item still to be approved by MLAs — would leave the NWT as the only jurisdiction in Canada without one.

Here’s a guide to the library’s role when you’re in legal trouble, what closing it might mean, and what alternatives are being offered.

Where is this library, and what does it do?

It’s a small room on the first floor of Yellowknife’s courthouse that houses legal texts used to guide lawyers and members of the public representing themselves.

Arguments in court are usually based on what happened previously in the NWT’s courts, what happened elsewhere, and related academic texts. This is where you find that information.

“If you are being sued, dealing with a workplace issue or face other issues where you may not have access to legal representation, that’s where you go to build your case and learn more,” says Alyssa Holland, a civil litigation lawyer at Lawson Lundell in Yellowknife.

“Resources are expensive. A library like that also allows sole practitioners [lawyers operating independently] to practice without having to charge exorbitant costs to acquire all of those resources themselves.”

Why close the library?

“It comes down to the cost-benefit analysis. Use of the library is going down and the costs are continuing to increase,” says Mark Aitken, assistant deputy minister at the Department of Justice.

“Last fiscal year we spent $467,000 on the library. There were 984 people that walked through the door and 385 books were taken out. That amounts to almost $500 every time a person sets foot through the door.

“If this was a perfect world and money was no object, then I’d say let’s maintain the library. It’s a valuable resource used by a declining group of people, but it’s still used. The reality is it is not something we can afford given the pattern of usage we’ve been seeing.”

What impact will closing the library have?

Sole practitioners say they will lose access to a valuable day-to-day resource and may have to pay much more money to acquire books and subscriptions themselves.

Lawyers working for larger firms have access to their own libraries, but say it’s going to harm them if other parties are badly prepared.

“If somebody on the other side of a transaction doesn’t come to the table similarly equipped, there’s a greater chance that things can go off the rails,” says Lawson Lundell solicitor Tim Syre. “That costs everybody money.”

Representing yourself, while time-consuming and potentially risky, has the potential to turn a five-figure legal bill into several hundred dollars of costs at most. Holland says losing the law library will make it harder to self-represent in court.

So what will people do without the library?

Aitken says the Department of Justice will replace the library with an online terminal allowing free access to many subscription services — taking out some of the costs sole practitioners fear they will now have to bear.

“Members of the public and lawyers may use it for no charge. They will be able to access the legal research sites lawyers are using right now,” says Aitken.

The territory will also continue to provide access to textbooks — which can cost up to $1,000 per book to purchase (yes, really) — by ordering them on loan from Alberta law libraries.

Lawyers critical of the plan say without a librarian to assist them, members of the public will find it much more difficult to navigate the available materials online and put together their case.

But Aitken counters: “It’s pretty rare to see a member of the public in the library. Our statistics over the last four years show one percent of library users are members of the public.”

Why are usage figures at the library dropping?

The territory says we are moving into a digital age and libraries no longer serve the purpose they once did.

However, those figures are open to some debate.

Aitken says walk-in numbers come from a sign-in sheet at the library’s front desk. When EDGE stopped in at the library, this sheet appeared to ask only law practitioners and not members of the public to sign in.

“The voluntary sign-in sheet doesn’t cover all the traffic,” argues Paul Falvo, a sole practitioner who makes frequent use of the library.

“People often consult books there without signing them out. Do the statistics honestly reflect all the usage? Even if they do, that means there are still 72 percent of the walk-ins there were and books still circulating.

“Often, during a trial — often for a legal aid client — counsel needs to quickly consult a volume in the library. Digital doesn’t replace that. Saying ‘everything is available online now’ is like saying we don’t need food banks because there are restaurants.”

Meanwhile, Holland says declining use could be because the library is not well-advertised, nor welcoming.

“Once you get inside, it’s lovely. But from the outside, locating it and discovering you can in fact go in as a member of the public is not easy,” she says.

EDGE can verify this. When we visited, we found the library locked with no member of staff in attendance. We had to wait for a passing lawyer to let us in, and have since been chastised by the Department of Justice for having the temerity to go in and take photographs without its permission.

“It’s unfortunate you chose yesterday. Today, the door is unlocked and the librarian is there. Yesterday, she wasn’t at work. What we should have done is have a sign that gives you a number you can phone. Unfortunately, that was forgotten,” he says.

Other lawyers have implied that the door being locked and nobody being around is more common. They can use a key fob system to get in, but members of the public cannot.

“Statistics show a decrease in use — since they started locking it,” joked Falvo online.

Is a law library actually a nice-to-have, not a must-have?

That was the argument put forward online by Yellowknife Centre MLA Julie Green, in whose hands the law library’s fate now partly rests. Regular MLAs like Green must approve this year’s budget for the closure to take effect.

Holland replies: “I really do disagree with that. Access to justice is not a nice-to-have. It’s a must-have.

“I was baffled. I never imagined that it would be on the table, to close something as important as a law library.

“The law isn’t just about coming up with elaborate, successful arguments. Arguments live or die based on authority — either decisions of other courts and judges, or academic commentary. If you don’t have a place to find those decisions or that commentary, you will be at a disadvantage.”

“In my view, that far outweighs the issues that may stem from the closure of the library,” argues Aitken.

He says the territory’s legal aid outreach program — a “weekly clinic for those living in poverty” — is being expanded, which will help people in areas such as housing matters, family matters and small claims. In addition, more free services are being provided to people in family court.

Aitken sits on the Law Society of the NWT’s access to justice committee. He has yet to speak to fellow committee members (he says the budget process made it impossible to consult the legal community on this decision) but thinks they will “understand exactly what we’re doing and the reasons for it.”

What is going to happen to all of the books?

A giveaway! Yes, in scenes reminiscent of Walmart’s doors on Black Friday morning, Yellowknife’s lawyers are going to be given a first-come, first-served free-for-all when the library shuts down.

However, while that is indeed what the territory is planning, Aitken says there are unlikely to be fistfights in the aisles. When the territory disposed of some books several years ago, apparently not many people cared.

“Surprisingly, there was a relatively limited uptake. Some lawyers ‘fessed up: ‘I’m taking books because they look good.’ Some lawyers took books they had a particular affection for. Unfortunately, most of the books ended up being recycled. And that’s what’s going to happen again,” he forecasts.

Some of the books could be moved upstairs to the courthouse barristers’ lounge. Others will be squirrelled away into the department’s own library, for use by staff.

The department has not contacted other libraries — like Yellowknife’s public library, or the legislative library — to see if they are interested. Aitken suspects they won’t be.

“If the public library wanted some of these materials I would be really excited. But in the past we’ve been told that some of our materials are not, honestly, of enough general interest,” he says.

“We used to send copies of our gazette to every library in the NWT. After a while, we kept getting messages back: ‘Please stop.’ They weren’t interested.” 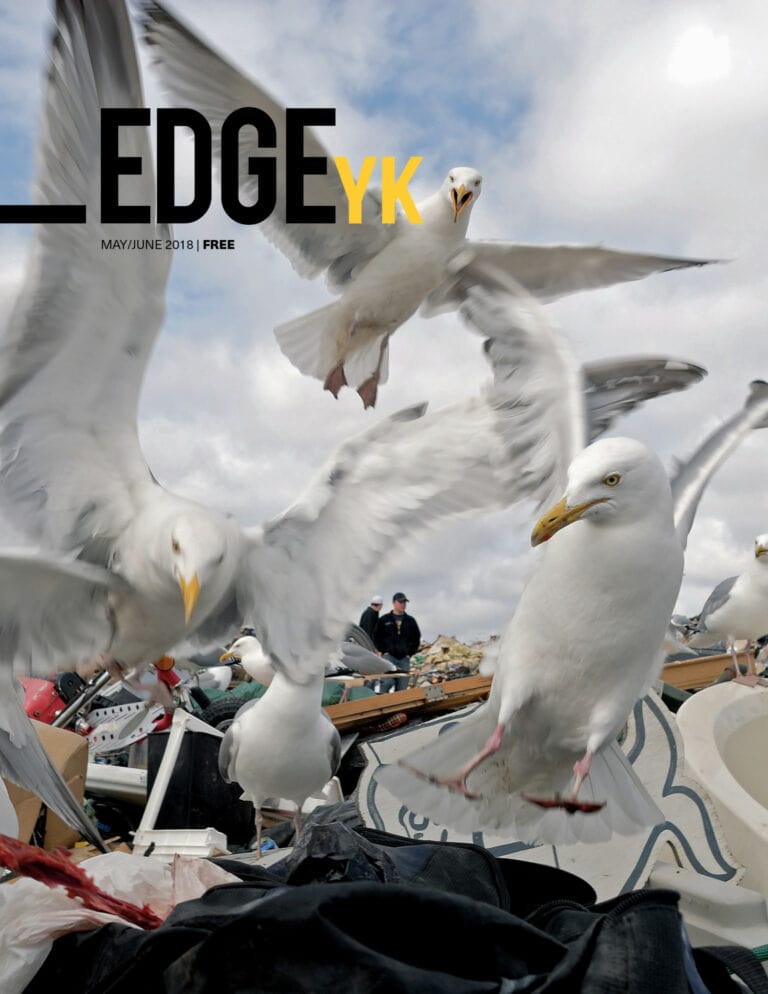 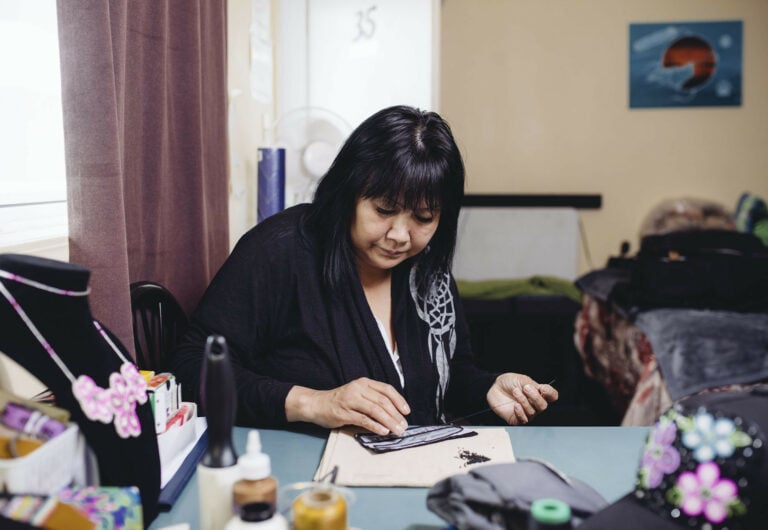