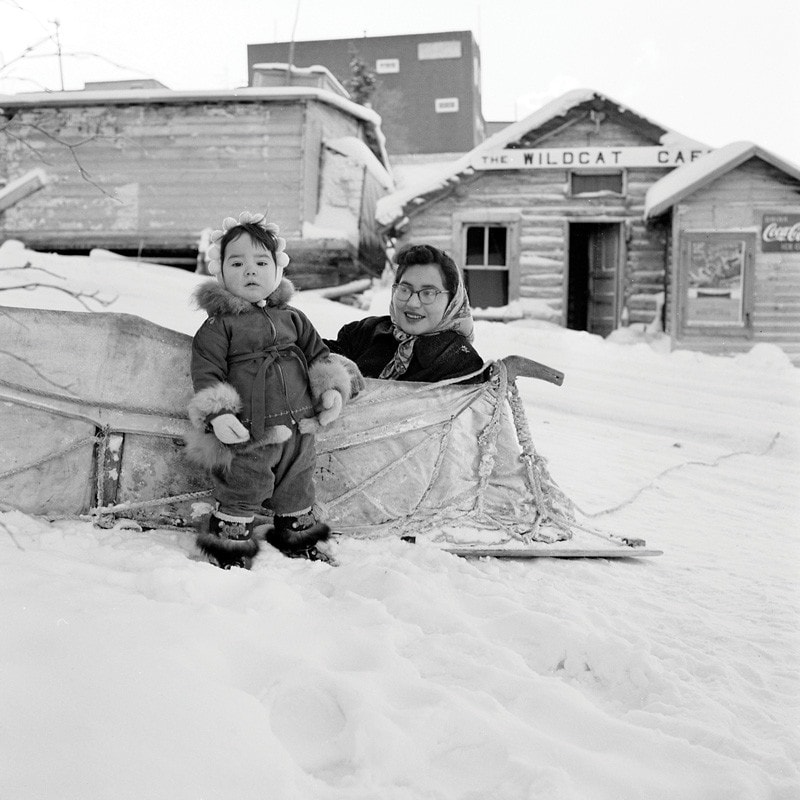 After the over-budget and over-deadline restorations were finally completed in May of last year, the Wildcat Cafe opened for the first time in three summers and I went for dinner with two friends. There’s no such thing as reservations – there isn’t even a phone there to call – but on a beautiful summer night the idea of walking down the hill, even with the off chance that we would have to turn around and walk right back up if the restaurant was packed, still sounded enjoyable.

It was packed, every spot on every bench seat both inside and out bursting with people. Magically, we only had to wait 10 minutes for a table. My roommate at the time was our server. When she came over to take our drink order we asked how things were going and her response was, “It’s f***ing crazy!” I was going to start work at the Wildcat myself the following week and she added, “No offence, but I’m really happy you’re not working, there is no way training would happen tonight.”

When I started serving the next week I was told I should drop by for a few hours to shadow someone else. Twenty minutes later it was lunch hour and I had a full section to myself. So much for training. The summer stayed that way. A strong mix of locals and tourists, and locals with their touristy loved ones.

The Wildcat has always been a part of my life. First as a child, eating bannock with my legs swinging under the wooden benches and later as a dishwasher, prep cook and eventually server. As far as work goes, it is hard to beat. The customers are excited to be there and always in a good mood. Tourists are full of questions and the deck; well I can think of much worse places to spend a summer.

In preparation for writing this piece, I created an online survey to get a cross-section of Yellowknifers’ unfiltered thoughts of the establishment.

I asked four questions: What is the most important thing about the Wildcat to you? When you have guests visiting, would you take them there? Where do you see the Wildcat in 20 years and most importantly, do you believe the Wildcat has a place in Yellowknife’s future? A lovely, well-rounded number of 100 people answered in a variety of ways. By a large margin, things are looking good for the old institution. I say old, because the heritage and the authentic nature of the vintage cafe is what residents care about the most.

The Wildcat first opened its doors in 1937, thanks to two friends, ‘Smokey’ Stout and Willie Wylie. It changed hands a couple times, and closed in 1951 when owner Mah Gow took ill. That could have been the end were it not for a volunteer group that fought to make the building a heritage site. The cafe sat empty until the Old Stope Association, a non-profit group, came together in the mid-‘70s. The Wildcat needed a face-lift and the rag-tag group of Old Towners were just the ones for the job. They managed it until 1992. Ann Peters joined the effort towards the end and remembers “the good old days.

“I am kind of two minds about it,” says Peters of the cafe’s recent restoration. “I look back fondly on it being rustic and a community, now it is all pretty and tidy. It has lost some of its authenticity I think with the changes; it has acquired a new sort of personality, but it is better that it is there than not at all.”

Stephen Fancott, a board member of The Old Stope Association from the beginning, says the tidy atmosphere began creeping in in 1992, when The City of Yellowknife assumed ownership from the association. “It became too big of a job for us,” he says. “When we first started running it, it was really ad hoc, our first five years were basically on a shoestring. We had odd random people coming in to cook, and then when it started becoming more high class, you know, more than two things on the menu – like a business – then the City took over.”

The City has maintained control ever since, tendering out the management to bidders in two year increments. Luke Wood, owner of Thornton’s Wine and Tapas Room, won the first bid since the restoration and is operating again this summer. The Wildcat’s seen a lot of celebrations in its 77 years…here Tony Whitford (left), marries Bonnie and Hal Logston in 1998. Photo courtesy Patti Garbutt he renovated Wildcat with new deck in 2013. Photo Darren Horn/City of Yellowknife


HOW THE CITY SEES IT

Under the Heritage Committee, a sub-committee was born specifically for the Wildcat Cafe when the City recognized that renovations – and big ones – were in order. Taking apart the cabin log by log and carefully numbering, storing and replacing those that could not be salvaged, was part of the tedious process to restore the cafe on top of a sturdy new foundation. Mayor Mark Heyck says the building will be in good shape now for decades.

“I think we did our utmost to preserve the heritage aspects as well as the physical aspect to improve capacity,” he says. “The huge demand to have a meal at the Wildcat has previously been limited due to its size.” Heyck says somewhere down the line plans will include expanding and fixing the original deck on the Pilot’s Monument side of the building. “The changes to the interior such as the washroom and kitchen improvements make the Wildcat more attractive as a business for bidders – it will bode well for the caliber of bidders for years to come.”

Stephen Fancott agrees. “I’ve been involved in a lot of historical buildings and the issue is, what do you do once you fix it up?” he asks. “You put a plaque on them but then what? It has to have a function, which is easy to do for the Wildcat because it is a restaurant.”

WHAT THE PEOPLE WANT

Respondents to my survey enjoy a similar optimism, according to their replies to the question: Where do you see the Wildcat Cafe in 20 years? Although a few stated the obvious…‘Uhhh Yellowknife?’… most others seemed to get the feel of what I was going for. Here’s a sampling of their wishlist for the Wildcat’s future:

The idea of it being a year-round establishment has long been talked about. Coming out on the other end of the restorations, many people wonder why that was not included in the big budget plans. “When we started planning the renovations we looked at that option,” says Mayor Heyck, “but it would have added too much more time and cost.”

A place for community events and music

The communal dining experience of the Wildcat, thanks to the long wooden benches, has always opened the doors for conversation amongst strangers. Rubbing elbows and breaking bread fosters the community energy within its wooden walls. I can remember weddings, open mics and musician Tracey Riley’s infamous Friday night jams. Although those crowded, raucous jams are a thing of the past, Riley, a long-time Wildcat server, dutifully had her harmonica tucked in her apron last summer, right next to her pen and server pad.

With the addition of the lake-facing deck, outdoor music in the evenings became a staple to the Wildcat season last year and is again this summer.

There is a brochure that was produced by The City of Yellowknife with a sampling of the Wildcat Cafe menu circa 1937 that boasts a full breakfast with ham or bacon, eggs, juice and cereal. As copies of this brochure littered the restaurant I don’t know how many times last summer, I heard budget-conscious customers say, “I want to order off of this menu.” It’s true, prices have gone up. Unfortunately coffee, tea or cocoa does not cost 10 cents anymore. But the dedication to northern fare and comfort homestyle cooking has not changed.

A nod to the past and northern roots is essential when it comes to grub, according to Grant White, director of community services with the City. “Having that homey eggs and hash is something we are looking for,” he says in regards to the bids that come in for running the restaurant. Although northern wild meat is not as readily available as it once was, Great Slave fish and bison have graced the menu for the last couple operators.

According to the results of my survey, Yellowknifers continue to love the Wildcat and want it to keep its important role in our heritage. That, combined with the fact the City has spent $577,000 dollars on renovations and has a committee to oversee heritage buildings, is a fairly good indication the history and spirit of the Wildcat will endure. (The Canadian Museum of Civilization in Gatineau, Quebec even has an exact replica of the original cabin on permanent display, although it is a backwards, mirrored version due to a mistake reading the blueprints).

Has the Wildcat become more polished, fancier, cleaner? Yes absolutely. But haven’t we all?

Yellowknife is ‘just not what it used to be’ is something I hear often, but how can it be when people, times and society continually change? A bit of the flavour and grit of the Wildcat’s original mining camp menu lives on, even if the cafe itself is becoming more like a nice, well-balanced meal that watches its cholesterol. The Wildcat is starting to grow up. It’s wild and hazy party years may be behind it, but it still likes to kick off its shoes and dance in the sand under the midnight sun – just maybe not every night of the week. And with its new facelift, it seems poised to give many more years of memory-making to Yellowknifers and tourists alike. 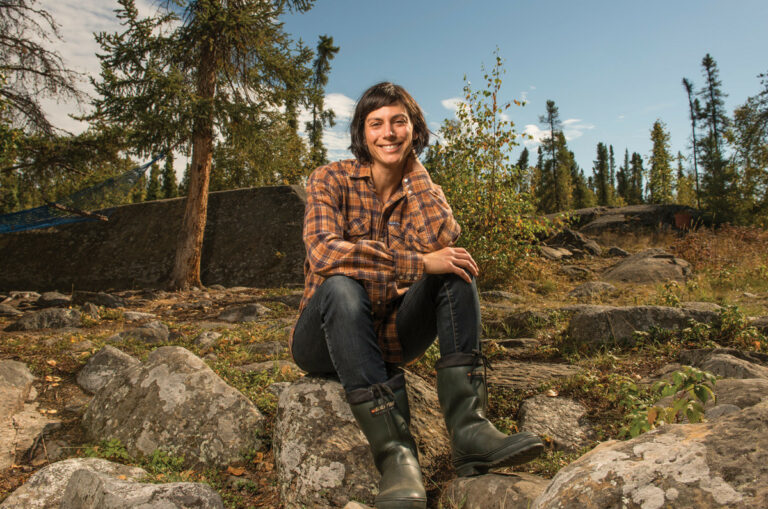 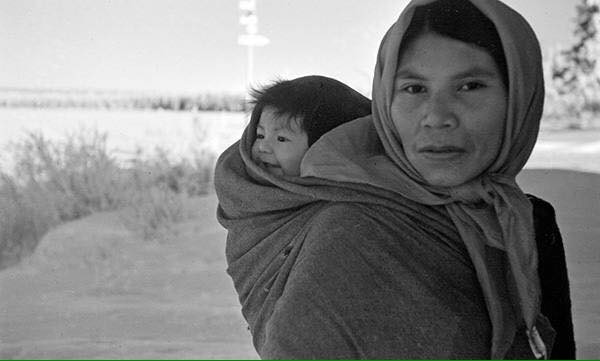