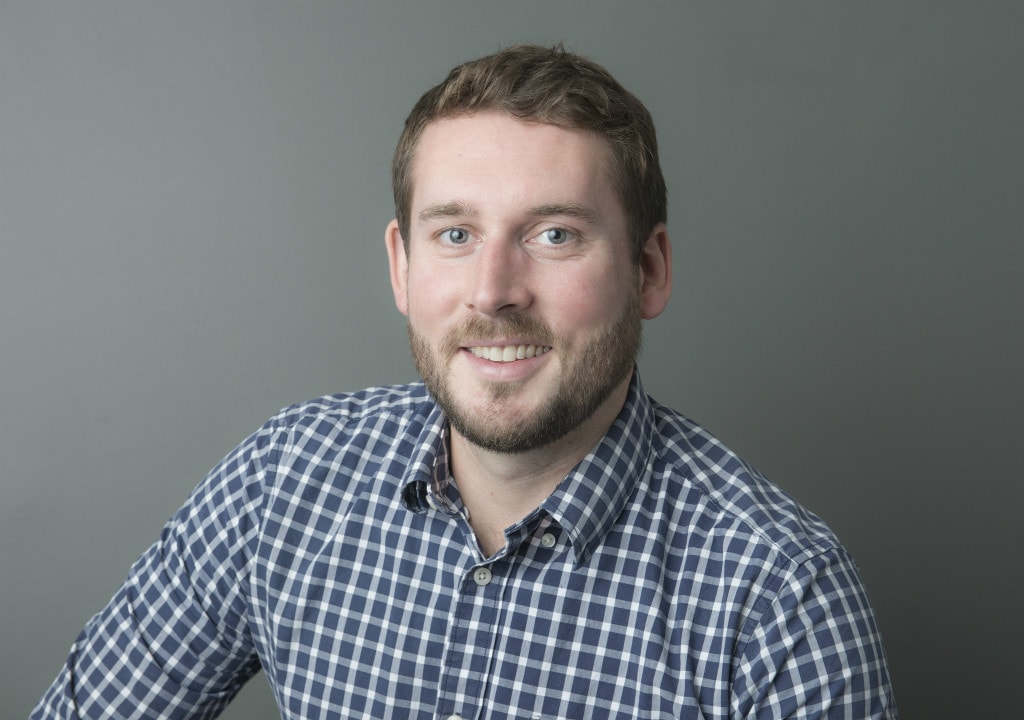 Finding homes for the homeless and breathing new life into Yellowknife’s downtown are the key issues in the upcoming civic election for Julian Morse.

“They go hand in hand,” said Morse, who is  a resource officer with the Mackenzie Valley Land and Water Board.*

“Without addressing homelessness and addictions and loitering, there isn’t much point in trying to beautify downtown,” said Morse, who was a vocal participant in consultations on the 50/50 lot.

“You can’t revitalize the space without dealing with the social issues,” he said.

“It’s complex, and I don’t think development should be hamstrung by it. We need to do something with downtown, and we need to work on the homelessness issue.”

But for the long-term economic security of the city and the territory, an Arctic university is essential, said Morse, who has lived in the city for 25 of his 31 years, and has no plans to ever leave.

“The biggest piece we’re missing here is a university. It’s a territorial issue and I’m disappointed with the lack of vision from the territorial government,” Morse said in an interview.

“Canada is the only jurisdiction in the circumpolar world without a university in its polar region. There is a huge economic potential in a university and it’s a massive hole in our economy.”

In Morse’s vision, the city could provide space for a university that would act as an economic stimulus, attracting salaried professionals, students and  business investment.

“There is opportunity for collaboration,” said Morse.  “We need to get more buy-in from the Territorial government in investing in this town. A university is the one big thing that could be done right now that would make a huge difference.”

Morse likes the housing-first model as an answer to Yellowknife’s problem with the homeless, who continue to fall through the social safety net because the city does not have an inter-agency committee.

“The GNWT has been reluctant to deal with the problem and the City says it’s not their jurisdiction and points to Health and Social Services. Rather than pass the buck and leave it to NGOs, everyone has to come together.”

“We need a full-time shelter if we’re going to solve addictions issues. The City could provide land, and pull investment from the Territory and private sector. The GNWT should staff it; it’s their responsibility. They are not doing enough. It should not fall on the backs of Yellowknife taxpayers alone.”

As someone who intends to live here for the rest of his life, Morse said “I have a strong vested interest in making sure it develops in a way that serves me, the citizens and the city.”

He’s been an usher at the theatre, constituency assistant for Bob Bromley, a plumber, studied political science at UBC, attended Aurora College for its natural resources technology program, done volunteer work with Folk on the Rocks, the Community Justice Committee and Long John Jamboree.

“I’ve been opinionated on city issues for a long time; I participate in consultations with the City and the Territorial government. There comes a point where it’s time to stop complaining and do something.”

Morse thinks the city could take some lessons from Whitehorse on how to attract and hold residents. The Yukon city is sending a delegation to Yellowknife to talk about a possible bid for the Canada Winter Games.

“The Games could provide some energy, but we don’t know enough about the financial implications,” said Morse who would not support a bid “unless it’s good for the city.”

Morse has friends who make regular flights to Whitehorse to ride  the city’s extensive network of mountain trails, and said Yellowknife needs to look at making similar investments in amenities.

“We have to make this a place people want to move to and live in. What I want from city council is a strong vision for the future of this town.  Are we investing in making this a better place to live for residents? That’s of utmost importance to me. I think that Yellowknife could do a much better job.”

Morse thinks the city has a role to play in bringing down the cost of living, by making more land available for housing and providing long-term financing for home improvements aimed at boosting energy efficiency and the use of alternative fuels.

“I also want to see the City develop efficiencies. The City has saved by switching to pellet boilers for heating, but there is also a huge potential for reducing electrical costs with solar collectors on public buildings,” he said.