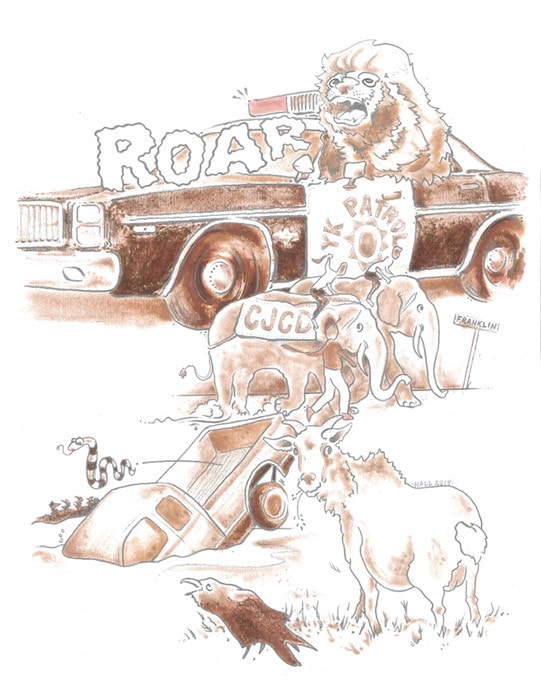 Three years ago, the goats came to town. They arrived on a tractor-trailer from Alberta, along with a wood crate, a bunch of hay bales and a couple of gunny sacks of oats. Annie, the nanny, and Cleo, her kid, settled in nicely, capturing the city’s public imagination from their fenced-in yard in downtown Yellowknife. Two new mascots were born.

Thinking it better to beg forgiveness than ask permission, Dwayne Wohlgemuth didn’t ask anyone before his dad drove the goats up the highway, depositing them in his yard at 49th Avenue and 45th Street. Luckily, they’ve endeared themselves to the neighbours and, so far, have escaped just once, ending up being corralled by a couple of construction workers in Niven—their furthest journey from home yet. “They’re celebrities on the block,” the 34-year-old self-employed consultant says. And aside from an unfortunate encounter which involved Cleo head-butting a dog that got too close, the goats for the most part lead happy lives lounging in the sun and feeding off watermelon and cantaloupe rinds, veggies going bad from the Co-op and willow and birch prunings. Last winter, Wohlgemuth brought up a Billy goat, temporarily, for breeding and if all goes according to plan he’ll have more goat kids in April. “The best part is how many people I met—I met hundreds of people through the goats,” he says. “It’s kind of like when someone has a new kid and everybody wants to see the kid and tickle their ears or whatever. They’ve proven to be really good urban pets.”

Yellowknifers are no strangers to wildlife encounters—bears, wolves, ptarmigan and even the odd cougar sighting every year. But aside from the goats, the city has been home to a few animals of an odder variety over the years. If you ask Ed Saunders what the goofiest thing he’s ever done would be, racing an elephant down Franklin Avenue wearing a Tarzan costume is up there. The former CJCD radio show host and Yellowknife resident, who now lives on the east coast and performs in a band with his brothers called the Saunders Brothers Show, can’t quite recall how the contest came about. It was 1982 and the circus had come to town, setting up shop in the parking lot where the tennis courts are now, across from the CBC. There was a jumping castle, a treat wagon and—the main attraction—two elephants giving as many as five kids rides at a time. (Rumour has it one even went on an extended walk, carrying a few kids on its back while on the lam.)

Somewhere along the line CJCD got involved, and Charles Dent, then-director of the station, decided a race down Franklin’s main drag between one of his announcers, Saunders, and a city councillor would be a fun way to garner some publicity for the station. Yellowknifers packed the street, even standing on the top of the building that’s now the post office to watch the race, as two grown men—one dressed in a cheetah-print loincloth—on elephants thundered down Franklin, elephant handlers running alongside. Saunders can’t remember who he was competing with that day or if he and his steed crossed the finish line first, but he does recall being impressed by one thing: “I was quite surprised that an elephant could run as fast as it did,” he says. “I think we went on record as the most northerly elephant race.” Spectators crowd Franklin and even atop the post office to watch an elephant race – a 1982 publicity stint organized by Charles Dent, then director of CJCD. | Photo courtesy Ken Huss After a successful run owning a mule named Gus, who’d passed away after charming the town with his antique buckboard in tow, Glenn Zelinski began to think bigger. He began to think llamas. Why not, he figured. After all, the owner of Frontier Mining, a mining supply distributor, already had the stock trailers, the carts and a barn on his property at Prelude, about a half-hour’s drive outside of city limits. He’d heard about a fellow who was training llamas to pull carts near Kelowna, B.C., so in 1996 he went down and bought himself two—Ben, a gentle giant for breeding purposes, and Troy, a gelding with a tough-guy attitude. Later on, he and his wife expanded the brood, adding a female named Genella, who would give birth to a baby named Jessie.

“I pretty much had llamas because I could,” Zelinski says. “I very much didn’t like using traditional advertising methods for Frontier [Mining], so I ended up with llamas.” He set to work building their star power, running them down the Ingraham Trail to the surprise of drivers passing by. Ben would pull kids around town on a cart as an attraction during Mining Week, and even stumped for Wendy Bisaro’s campaign during her run for city council. But his biggest claim to fame was the time he caddied for Peter Gzowski, Wayne Ronstad and Mr. Dressup during the town’s Golf Tournament for Literacy. “He’d have the cart on him but the cart would have golf balls and a cooler for refreshments,” Zelinski says. “If you wanted him to stay as you went up to hit your ball, you’d bring him up to the nearest birch tree, and he’d be filling his face as you went to hit your ball.”

The trio—Ben, Troy and Genella—now live out their retirement on a farm in Saskatchewan with family friends of the Zelinskis. “They still have their celebrity status, they’re just in Saskatchewan,” he says. “The neighbours get a kick out of them. They’ll look out the window as they’re eating dinner and the llamas will be there peeking in.” Al Morton woke suddenly to a banging on the door. It was 6 a.m. one 2003 morning in the thick of summertime out at Reid Lake Territorial Campground, where he and his wife Mary held court for the season. He opened the door to find a man, soaking wet, speaking rapid-fire Spanish in the rain.

The man, Morton would later learn, was a trapeze artist named Janzy Jimenez, and by his gesticulating and the patchwork translation of the child standing beside him at the door, Morton discerned that the pair had sunk a van right into Tibbitt Lake. Morton hopped in his truck.

Jimenez had departed Yellowknife at about 3 a.m., the last of a travelling circus caravan to leave town. When he made it to the turn at Airport Road, he turned right instead of left, sending him down Ingraham Trail past the dump, Prelude and right on to (and then into) Tibbitt. “This guy didn’t suspect he was going the wrong way,” Morton says. “He was driving along quite happily and suddenly saw this (stop) sign in front of him on a hard left turn and he couldn’t make it.” He, the van, and the 27-foot trailer it was towing, swung through the mud and into the water. Jimenez was able to wade out of the water before he came to any serious harm, but the box of snakes he had with him in the van weren’t so lucky. At the time, the Yellowknifer reported that the seven snakes in the van were eaten by one dominant six-foot-long python before they were able to escape. The python slithered into the bushes, presumably, and was never heard from again. But in case any ophidiophobics, or snake-fearers, are rattled by this tale, they needn’t worry. As Morton points out, “It never would have survived the winter.”

When Al Seibel spotted an ad in the paper for a lion cub he thought, why not? It was Yellowknife in the ‘70s—the living was easy. By December 1976, Seibel had himself a pet lioness by the name of Sheba, shipped up from Tampa Bay, Florida, to his home near the dead end on 47th Street.

She was an instant hit in town. People would come by Seibel’s house to pet her.

An ad-hoc neighbourhood watch program began where, if someone came across her, they’d lock her in their car until Seibel could come by to pick her up. “She loved driving around,” Seibel says. “She was forever in somebody’s car.” She was partial to riding shotgun in air-conditioned cop cars. At the YK Super A and the IGA grocery stores downtown, employees would cut him a deal on roasts when they started to turn so he could take them home, cook them up and feed them to her on a cake pan at the kitchen table. She refused to eat off the floor. After working at the Snowshoe Lounge until last call most nights, Seibel would come home, pick up Sheba and take her running through the bush on the outskirts of town. And during the day, when she was supposed to be chained up at home, she’d often find her way over to one of the schools, where the kids at recess would feed her Caramilk bars and play games with her. “They’d spin her around until she couldn’t stand up,” he says. “King of the jungle didn’t really suit her.”

One spring morning, as 13-year-old Heather MacDonnell made her way up the Old Town hill along Franklin, she paused, listening for what sounded like padding behind her on the pavement. She flung around to find herself staring down at a lion cub, all paws and golden fur. “‘Oh, Sheba’s loose again,’ I remember thinking, and then I turned around and kept going,” MacDonnell says. “Nobody was afraid. She was just part of the town.” Oft-repeated town lore says that Sheba nipped a woman named Nancy Myles on the behind for getting too close to Seibel at a party. But Seibel says the only person Sheba ever hurt was him, when a picnic game gone wrong left him with 30 stitches in his left arm. Besides, Seibel says, he didn’t take Sheba to parties because she couldn’t stand the smell of beer.

Sadly, it was some car upholstery that finally led to Sheba’s demise. She’d grown from a 65-pound cub to a 110-pound lioness and was getting loose more often. One summer day, out at Long Lake, Seibel cut his foot on a piece of glass from a beer bottle. Sheba’s protective nature kicked in, and wouldn’t let anyone near him as she cleaned the wound. When the ambulance arrived, two friends coaxed her into the backseat of a Ford Maverick while Seibel headed to the hospital. “She ripped the shit out of the car,” MacDonnell says. “It was a nice car, too. Not a YK beater.” Seibel realized he may have bitten off more than he could chew, and in January 1978, she was shipped down south to a game farm in Alberta, where she would later die due to complications after birthing cubs.

Determined to prevent any other prospective lion tamers from living out their dreams in Yellowknife, residents convinced city hall to implement a bylaw that forbade owning a lion in town—even Seibel’s empty threats that he’d get a gorilla instead didn’t deter them. And if Sheba has had any lasting impact on the city, it’s that the bylaw remains on the books to this day, disallowing Yellowknife residents from keeping or harbouring a lion in the city (just in case you were thinking about it). 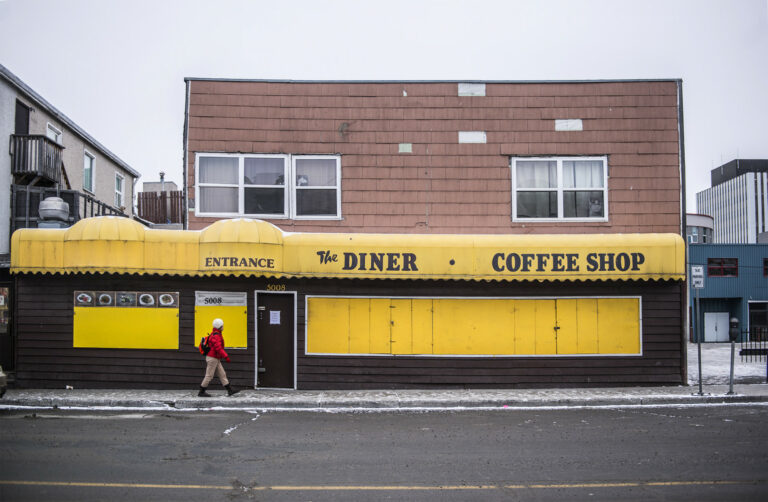 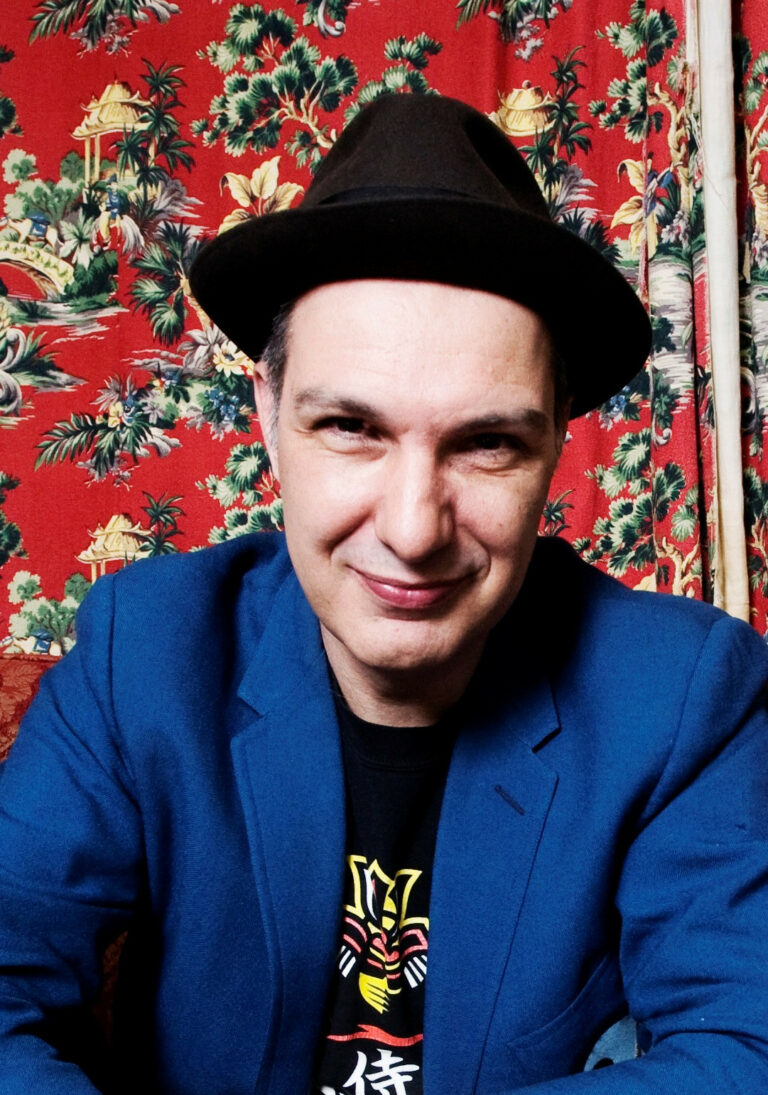