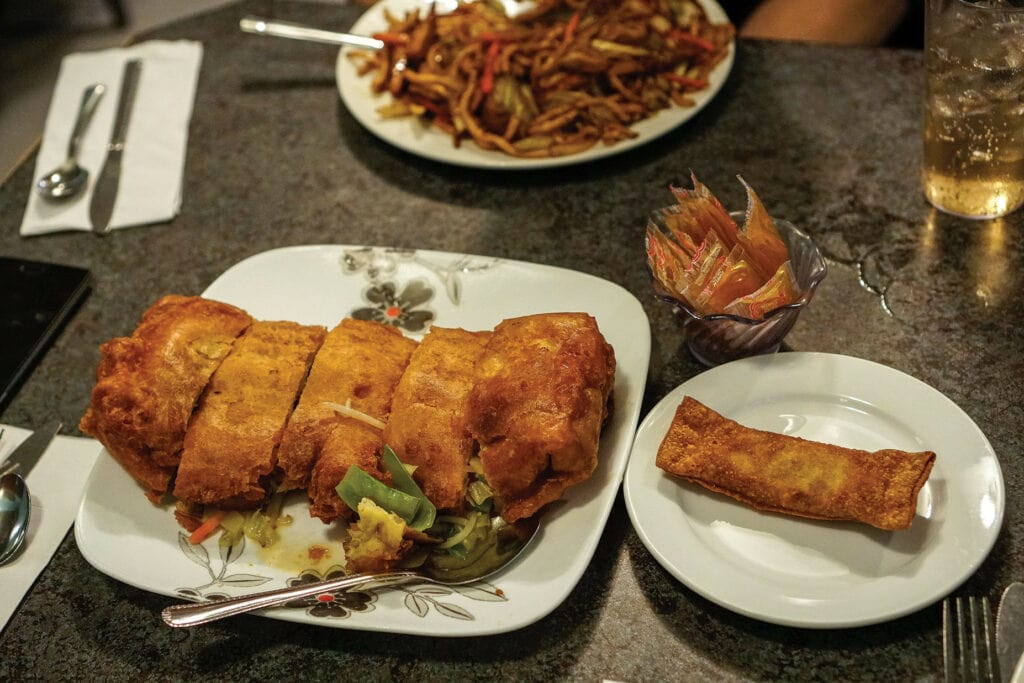 No one really knows the origins of the Gold Range Bistro’s giant egg roll. Roughly the size of a newborn child, this beast of batter, carrots, bean sprouts and your choice of chicken, BBQ pork or shrimp stuffing has been on the menu since the restaurant opened back in the 1960s, according to current staff. It’s still popular — mostly with tourists, says Mary, the Bistro’s current owner, and for take-out orders. “You Ever Seen Such a Huge Egg Roll Before?” asks the menu, coyly.

When EDGE YK first contacted me, asking if I would record the experience of devouring one of these legendary carb-bombs in a single setting, I was cavalier.

“Hardly a challenge at all,” I thought. I had a healthy appetite (a combination of words rarely used to describe actual healthy eaters, it should be noted). In the same manner that a stay-at-home parent might justify a 1 p.m. glass of wine, I often justify 10 a.m. gravy.

I recalled visiting the Gold Range Bistro in days gone by with my friend Walter. His standard fare was a large plate of Shanghai fried noodles followed by the famed giant egg roll. I thought it would be a fitting way to honour him to recreate this meal — just eating the egg roll alone seemed anticlimactic. But my careless memory and foolish pride turned out to be shotgun and driver, and I was in the backseat.

It was a quiet early weeknight in the Bistro. I ordered the Shanghai noodles and the giant egg roll. “Egg roll is gonna take a while,” warned the waiter. “That’s okay,” I smirked. “It’s dessert.” By the time I was a third of the way through my plate of Shanghai noodles I started to feel a heat in the back of my neck. It took me a moment to realize that the heat was emanating from the throw-pillow-sized egg roll sitting on a plate held by the waiter standing behind me.

I had made a terrible mistake.

This was not the burrito-sized egg roll I had remembered from meals with Walter. This thing was an affront to God itself. It came pre-dissected into five sections, I assume one for each stage of the Kübler-Ross grief cycle.

I began with denial.

The first piece wasn’t actually that difficult. The novelty value of the endeavour was still high, although I was definitely wishing I hadn’t eaten a third of a plate of noodles before hand. I had been at least smart enough to order the veggie version, a decision my colon would thank me for later.

With the second piece (let’s call it “Anger”), I became very aware of the amount of grease I was allowing to enter my body. The optimist in me rationalized that this would make the food easier to slide into my gullet. More flawed logic and bad choices.

With the third piece (about 25 minutes into my attempt) I entered the bargaining stage. “Wouldn’t it be funnier for the piece if I couldn’t finish it?” It was about halfway through the third slice that I stopped being able to distinguish the individual ingredients and elements of this deep-fried food-baby. The vegetables could have been Play-Doh for all I knew.

Stage 4: depression. The penultimate chunk made me really reflect on my life choices. Why does this thing even exist? It is the culinary answer to a question nobody asked. And what in God’s name was I doing destroying an already fragile gut biome for other people’s amusement? By now all I could taste was a homogeneous slurry, as if I’d been gorging on four gallons of day-old pancake batter, with a chaser of oil. My stomach hurt, and I was beginning to slur my speech. Everytime I shut my eyes, I had a vision of Wilfred Brimley, shaking his head disapprovingly at me. I wanted to call my mom and tell her I loved her.

Much like the grief cycle, the final part was almost easy. I was already sweating a viscous translucent goo, the worst behind me, and had resigned myself to the fact that this night was not going to be a great one. Or even a decent one. So I might as well finish. Or be finished. I need to be at home where no one could see me cry.

I had accomplished what I sat out to do.But at what cost? Well, technically, at the cost of $15.95 plus gratuity. But lo, the Bistro’s giant egg-roll has taken an emotional toll, and years off my life. Please don’t let this be what I am remembered for when I die. 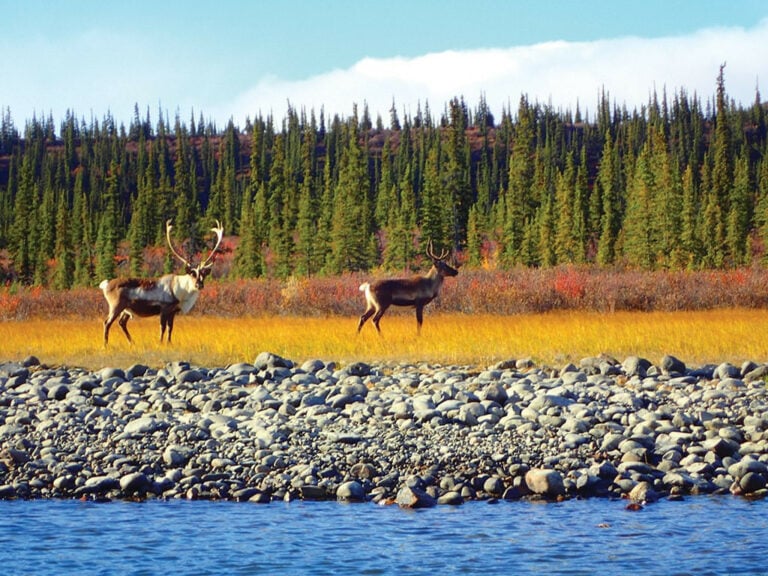 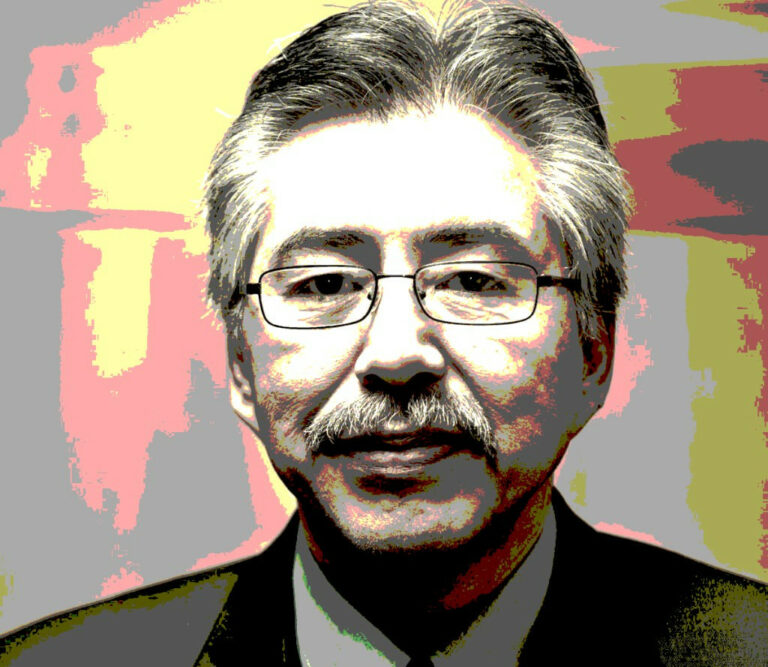