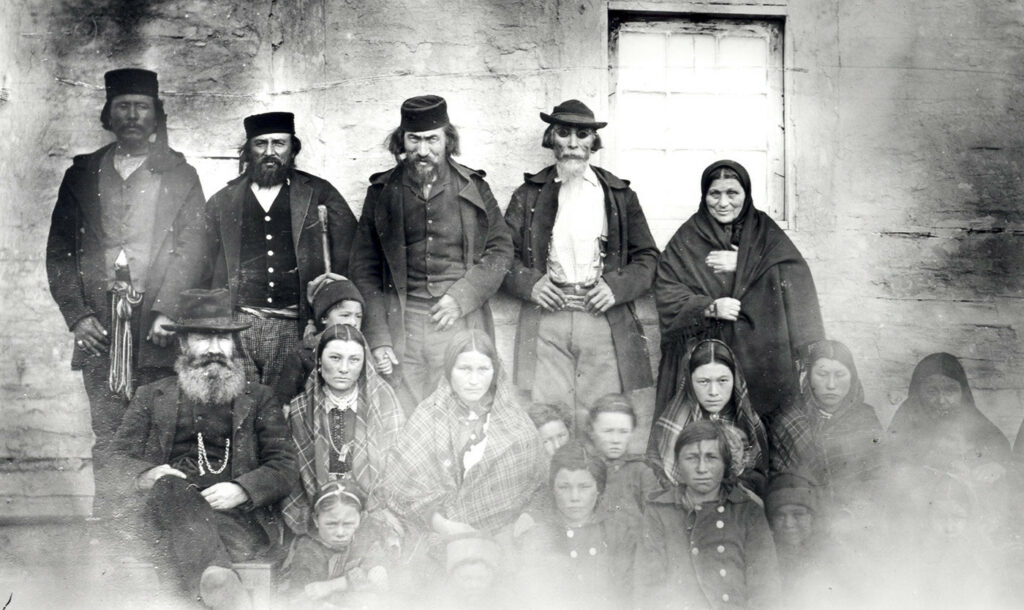 In what has been referred to as “Métis are Indians!” Day all over social media, April 14, 2016 will go down as another pivotal moment in Canadian legal history as it pertains to Aboriginal peoples.

The Supreme Court of Canada confirmed in a unanimous 9-0 ruling Thursday morning that Métis and non-status Indians in Canada are the exclusive legislative responsibility of the federal government under section 91(24) of the Constitution Act of 1867.

“Non-status Indians and Métis are ‘Indians’ under s. 91(24) and it is the federal government to whom they can turn,” reads the ruling, known as the Daniels decision.

Why is this important?

While funding for things like healthcare, education, social services, and infrastructure like roads and sewers typically falls to the provinces and territories, section 91(24) of the Constitution holds that the federal government is responsible for providing those services to “Indians, and Land Reserved for Indians.”

This makes the question of who counts as “Indian” important, because it determines who is responsible for providing those services.

Non-status Indians and Métis have long been stranded in what North Slave Métis Alliance (NSMA) president Bill Enge calls a “jurisdictional wasteland,” passed back and forth between the federal and provincial governments with each refusing to take responsibility for providing such services.

What the Daniels decision does is put an end to that game of hot potato. What it does not do, however, is give non-status Indians or Métis sudden status as Indians, or place them under the governance of the Indian Act; rather, it confirms that the federal government has the fiduciary responsibility to ensure the Métis and non-status Indians receive the same programs and services as those with status.

How will this play out?

Exactly how Ottawa decides to take responsibility for its 600,000 new “Indians” is yet to be determined, and could possibly be decided through further court action or negotiations.

“It’s hard to predict what’s going to take place,” says NWT Métis Nation (NWTMN) president Garry Bailey. “Canada has to find a way to fit the Métis in… Are they going to change the Indian Act? Or make a Métis act? We’ll have to see, though timing is of the essence.”

NWTMN is already calling upon the federal government to “expediently” provide equitable programs and services to Métis as it does to status Indians and Inuit, and provide retroactive funding to address the “historic and continued discrimination” suffered by Métis through the inability to access those same federal programs and services prior to Daniels.

This includes the request for funding for the timely conclusion of land, resource and self-government negotiations, along with other thorns in the Métis’ side that Bailey wants to see addressed.

“One big one would be core funding for capacity building,” says Bailey, explaining that the Métis Nation had previously been limited in what CanNor funding they could apply for.

“We’ve been hunting and fishing and trapping and living our lifestyle and never been bothered,” Bailey says, “but there have been some issues like around building cabins…The government wants to tax us [for cabins] and we’re against that.”

Organizational federal funding is something Enge wants to see come to the North Slave Métis, as well.

How Daniels affects Métis in the NWT

For Indigenous Métis in the Northwest Territories — those who were eligible for membership in the failed original Dene-Métis claim, who can claim a genealogy that places them historically in the territory — the territorial government has already been providing for many years what the federal government refused to with respect to services.

Métis in the NWT receive extended health benefits from the GNWT, as well as post-secondary funding that includes income support for room and board. Such funding is not available to Métis anywhere else in Canada.

Now that the Supreme Court has determined that the fiduciary responsibility to Métis actually lies with the federal government, there could be a shift in who provides those services.

“Right now we do receive 80 percent health funding from the feds and 20 percent from the GNWT,” Bailey says. “[Now] it’s a matter of feds reimbursing the GNWT, so our funding is equitable to the First Nations.”

But the Daniels decision is keen to emphasize that provincial and territorial legislation pertaining to Métis and non-status Indians is not suddenly thrown out the window.

“This Court has recognized that courts ‘should favour, where possible, the ordinary operation of statutes enacted by both levels of government,’” the decision reads.

Just how the GNWT and the feds come to agreement on funding for services for Métis is likely to be an ongoing discussion for the next budget.

But for all non-Indigenous Métis living in the NWT — those who are Métis from elsewhere — the Daniels decision holds considerable weight. It means the federal government now has responsibility to provide the same extended health and education benefits NWT Métis have been receiving from the GNWT. NWT Métis who choose to live elsewhere will also be able to to access federal benefits.

“This ruling says Métis should be able to get funding for extended medical benefits and post-secondary education no matter where they live in Canada,” Enge says.

The judges emphasized that the Daniels decision does not impact or re-state previous legal precedents that have already ensured Ottawa has a duty to negotiate with Métis on land, resource and self-government agreements.

Still, there is language within the decision that bolsters the political positions of both the NWTMN and NSMA in the Northwest Territories.

For the NWTMN, the significance of Daniels is that it re-affirms Métis in Canada as a unique cultural group, or set of groups. Though much of the decision establishes similarities between status Indians and Métis in terms of how they should be treated by Ottawa, it also emphasizes that Métis are “a distinct people with a unique identity and history whose members self‑identify as separate from Indians.”

The NWTMN has been negotiating its own land and resources agreement with Canada since 1996. Though an Agreement in Principle is already signed, the process has been bogged down by Canada’s legal responsibilities to other Aboriginal governments that share overlapping traditional territories, specifically the Akaitcho First Nations, who launched a lawsuit against the NWTMN process.

The crux of that feud is about membership. The requirements to be eligible for benefits under the proposed NWTMN land claim would essentially see most, if not all, of Deninu Ku’e First Nation’s members qualify as NWTMN beneficiaries (Deninu Kue, of Fort Resolution, is a member of Akaitcho). Conversely, all of the Métis in Fort Resolution could also qualify for membership within the Akaitcho process as members of Deninu Ku’e, due to their shared genealogy. This has pitted the two groups against each other in the battle for more members and, subsequently, more federal funding.

The fact that Daniels reaffirms Métis as distinct adds some political fodder to the NWTMN case that Métis aren’t simply members of First Nations with whom they share family ties, but their own group with a distinct membership, deserving of their own claim.

Interestly enough, however, the same ruling also adds political weight to the NSMA’s own legal case against the NWTMN. Métis in the North Slave have long been attempting to differentiate themselves from those in the South Slave, who are represented by NWTMN.

While the NWTMN claim would ostensibly allow many North Slave members to jump on board as beneficiaries, Enge argues that Métis in the North Slave are a distinct cultural group with corresponding Aboriginal rights who deserve their own land and resource agreement.

Though Daniels does nothing to directly address that issue, the ruling does refer to the Powley test as a way to determine who qualifies as Métis. The Powley test, derived from the court case of 2003, sets out three criteria for determining Métis identity, which include: 1) self-identification as Métis; 2) an ancestral connection to an historic Métis community; and 3) acceptance by the modern Métis community.

Daniels drops this third criterion, saying who is Métis needs to be determined on a case-by-case basis. But the fact that the judges refer to and affirm Powley, Enge says, is good news for the NSMA.

Why is that? While the NWTMN has defined its membership criteria to essentially include anyone with Cree, Chipewyan or Slavey “Indian” ancestry in the Northwest Territories, the North Slave Métis have clung to the Powley test as the means to differentiate themselves. They claim to have a distinct ancestral connection to a different historic Métis community — those of the North Slave region.

“Section 35 rights are geographically specific and subject to the 10-step Powley test,” Enge says, noting that his rights allow him to hunt moose in the North Slave, but not Nova Scotia. “What’s happened here with this ruling is that there’s still the semblance of the Powley test, and that strengthens the notion of which Métis in Canada have Aboriginal rights, and where. They cannot extinguish those rights through ancestry, because that’s not consistent with the Powley test.”

Regardless of the political ramifications of the ruling on ongoing land and resource agreements, the decision is largely being heralded by Métis across the country as a positive step towards reconciliation.

“Métis and non-status Indians have long occupied the last rung on the ladder in society,” Enge says. “This ruling goes a long way toward helping reconciliation take place. I think we’re going to see significant progress of Métis entering into the mainstream.”

For Bailey, the ruling further supports a nation-to-nation relationship with the Canadian government and the recognition of Métis rights as being on par with First Nation treaty rights.

“We look forward to Canada’s honourable and expedited implementation of this historic decision,” Bailey says. “We will continue to advocate for the reconciliation of our interests within Canada.”

With files from Mark Rendell