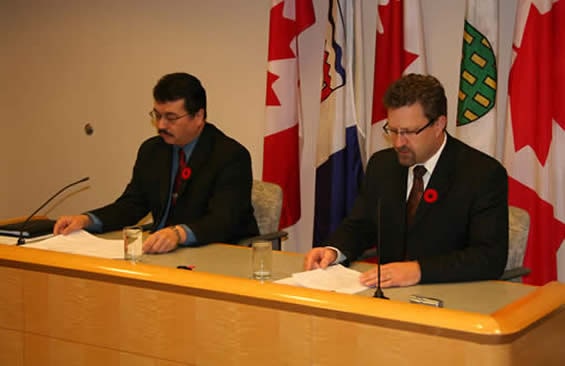 Michael McLeod, then-minister of Public Works and Services, left, with Chuck Strahl in 2010.

The federal election in the Northwest Territories is about to get closer and hotter with the arrival of June and the anticipated entry of a star Liberal candidate in what has been a mostly sedate procession to the October 19 vote.

Michael McLeod, brother to NWT Premier Bob McLeod, told EDGE earlier today that he has been considering the possibility of running under the federal Liberal banner for some months.

“I’m leaning toward entering the race, but I have to consider the impact on the various boards I sit on as well,” said McLeod who will confirm his intention in early June.

“I have a strong desire to be involved,” said McLeod, 55, a former territorial cabinet minister who lost his Dehcho seat in the territorial legislature in 2011 to Michael Nadli.

“We need stronger leadership in Ottawa and a focus on the Northwest Territories and an improved agenda for aboriginal people,” McLeod said.

“We could do a better job of building dialogue and co-operation between the various levels of government in the territories – municipal, aboriginal, territorial and federal.”

McLeod sits on the Mackenzie Valley Review Board, the Public Utilities Board and the Dehcho First Nations Trust as well as working for the GNWT as a tourism development officer.

If he gets the Liberal party nod over two other declared candidates – Gail Cyr and Kieron Testart  – McLeod will face veteran NDP MP Dennis Bevington and former NWT Premier Floyd Roland, who intends to seek the Conservative nomination. 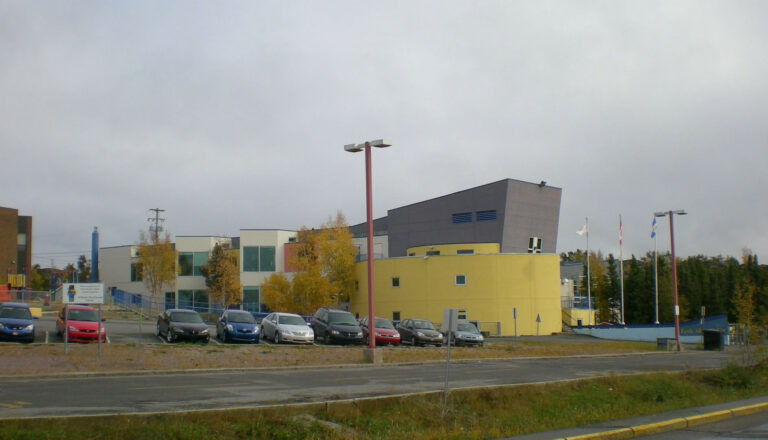 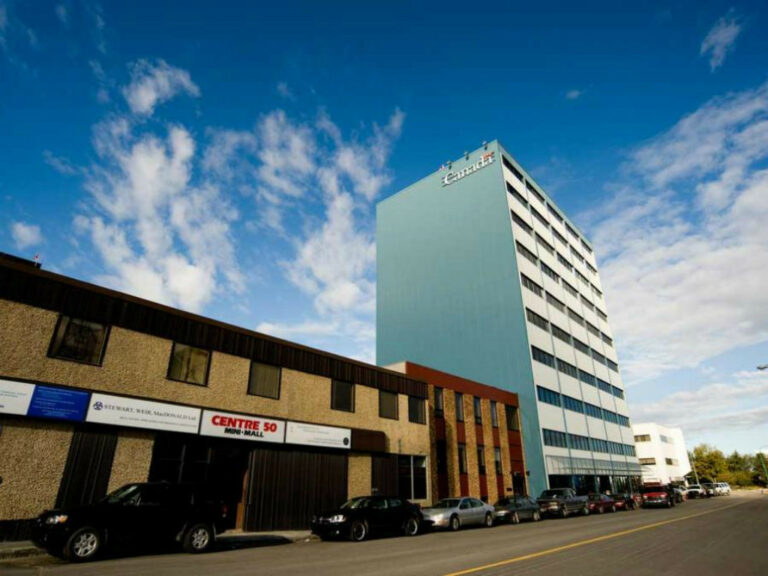 The REIT Report: What’s Up With YK’s Big Landlords