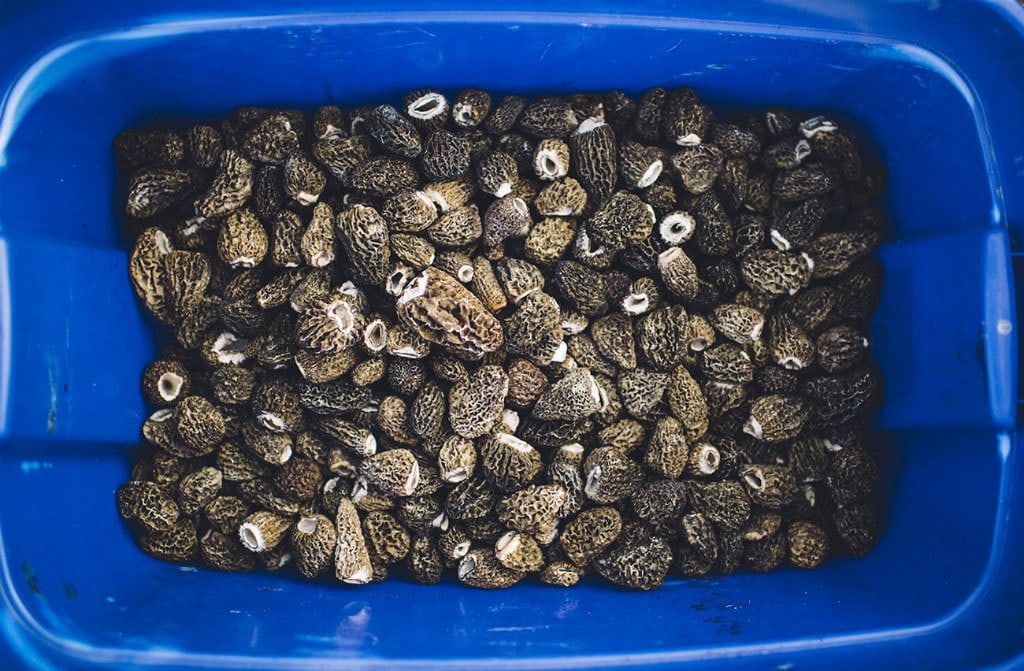 The Great Morel Rush of 2015 was a titillating prospect indeed, when the fires that raged through the territory last summer promised a bumper crop of gourmet mushrooms the following spring. People were going to make small fortunes from the projected $10-million harvest, and communities were meant to kickstart a whole new in-territory, sustainable industry.

The season has now come to an end – with the exception of smaller patches still growing, thanks to unexpected bouts of rain. With its end comes time for some sober assessment. It wasn’t the bonanza that 600-800 pickers (some from as far away as Europe) were hoping for; the harvest started later than anticipated and prices were considerably lower than last year. But there was decent money made by those willing to stick it out. According to some sources, many retailers, especially those connected to the Big River gas station by Fort Providence, had a record year. And a good number of Yellowknifers got to enjoy a weekend or two rummaging around in what one picker described as “an ashtray.” Mmm, nature.

EDGE spoke to some pickers, a buyer, and the guy behind the GNWT’s involvement in the harvest to get a sense of how the territory’s biggest boon since diamonds lived up to expectations.

“People were saying you could make $250 a day, and I assumed that would be every day,” says Brittany Young, 25. She came up from Brooks, Alberta, after reading a magazine article about the expected harvest and chatting with a friend in Yellowknife. “At first I was making $10 a day, so that was pretty disappointing.”

She arrived near the end of May and, like most early season pickers, spent the first week or so near Kakisa, scrounging around swamps and burnouts for mushrooms that had yet to appear. After a week or so, she relocated north to the stretch between Fort Providence and Behchoko.

Things started getting good by June 10, and for several weeks Young was making around $200 a day, some days hauling in as much as $500. It was hard work, she says. Most days she’d hike around two kilometers in from the highway, to get away from dust and pollutants, carrying two large Canadian Tire buckets which could hold around 10 pounds of morels each. On a typical day, when the mushrooms were in full bloom, she’d make several trips back and forth from the burn to the highway, where a buyer was stationed.

The prices were certainly lower than last season – averaging around $7 a pound compared to last year’s average of about $10 (and some days reaching as high as $14). “There were a lot of people who were really upset, especially the people who had been out before. But I read somewhere beforehand that prices might be between $7 and $10 a pound so I was kind of expecting it.”

She stayed until early July, managing to hit the $5000 goal she’d set at the beginning of the season.

“Overall, I’m happy and I met my expectations. Though some people spent all their money to come up here. I didn’t, so maybe that’s why I was not as disappointed. For the most part, the people who stuck around until July made a good amount of money.”

It wasn’t just the full-time pickers who caught a whiff of morel madness. Many folks from Yellowknife managed to get out for a weekend or two of rooting about for the financially fickle fungi. Over the long weekend at the end of June, Laura Busch and two friends drove up past Behchoko for two nights of camping and one day of picking.

Between the three of them, they managed to pick $90 worth of morels and take half a bucket home. Not quite enough to cover beer, food and gas, as intended – but fun nonetheless.

“It was great to be out in the woods with something to do,” says Busch. “Sometimes you go camping and don’t do a lot of moving around. So this was something different.”

It even afforded the opportunity for reflection on the different ways of digging cash from the dirt.  “Mushroom pickers are nowhere near as hardcore as tree planters,” says former tree planter Elaine Anselmi, who was on the weekend romp, with a laugh. “You think making $7 per pound is rough, try bending over for nine cents.”

The View from the Buyer’s Booth

With thousands of pounds of dried but as yet unsold morels, it’s a bit too early for Andrew Matthews to assess the success of the season from a buyer’s perspective.

“We’re still in the investment stage,” says the 26-year-old Yellowknifer, who ran one of three buying businesses operating in the territory. “The amount of money we’re in debt is definitely the amount we expected to be, or even more. But I’ll have to let you know once we sell them whether it lives up to expectations at the back end of the business.”

Matthews started the season in Kakisa around mid-May. “We were basically going on information from the GNWT saying to get there around May 20, and we thought we’d even be late. But everybody was really early for the season, so by the time we showed up there was already 100 pickers rearing to go, but not one mushroom in sight.”

Because it was his first shot at the buying business, the slow start to the season was somewhat of a blessing, giving him a chance to figure things out before the mid-June onslaught, when he was buying up to 1000 pounds a day. After a week or so he moved up from Kakisa to the road between Fort Providence and Behchoko, and then again, in late July, to a burn just outside of Behchoko. The real boom happened in the month between June 10 and July 10, he says, after which his fledgling company was “financially tapped out.”

“The mushrooms are still out there, so it’s an interesting situation, because if enough pickers went back out, there are mushrooms to be picked, so the pickers kind of dictate as well how feasible it is for a buyer to be out there.”

Because of the low prices, throughout the season buyers like Matthews were criticized for perceived price gouging. But he claims that he, at least, was just trying to keep up with the established buyers.

“You got companies like Ponderosa and Pacific Rim; they’re big players in that they have contracts with Campbell Soup and stuff even in the local grocery store here. The head honcho in the company would know, with the contracts they have and the world supply, how much they’re able to afford to pay for the mushrooms…  so they basically get a contract and work backwards, so if the contract is for this much, then we can only afford to buy them for this much. We were just trying to match them.”

“There’s also a big misconception a lot people have of the industry. We had people coming up and saying, ‘You’re able to sell these for seven times what you’re getting, how can you charge so low?’ The reality is there’s no way you make seven times what you’ve bought in huge quantities. You could maybe do it if you dried it yourself and sold it at a farmers market. But the reality is, on a big quantity order, you’re basically moving it up the supply chain to a distributor, so you’re not making the crazy margins that people have this idea about.”

Besides, he says, “some of our best pickers were clearing over $500 a day, even at those prices. And once things kicked off, most people were making at least $150-$200 a day.”

The other target of picker vitriol was the GNWT, who some blamed for over-inflating the season’s prospects. But John Colford, ITI’s manager of traditional economy, agriculture and fisheries, says the GNWT did their duty by getting people excited about an economic opportunity and supplying the tools needed to take advantage of it.

Besides, he says, the projected $10-million crop was only ever a rough estimate arrived at by taking Yukon numbers from last year and multiplying it by the landmass that had burned in the NWT last summer. The GNWT never claimed it was an exact number, he says (though it was bandied about quite a bit by MLAs leading up to the season).

“And I don’t think we stood up anywhere in a meeting and said ‘May 10 is the day it all starts.’ I’ve lived here long enough, I’ve seen snow and blizzards in May,” he says.

On the price side of things, he pointed out that a Do’s and Don’ts publication, put out by ITI ahead of the harvest, advised people of the price to expect: “Do ‘the math’ before heading out (cost of gas + food + re-supply = number of pounds of morels @ $6-8.00 per pound).”

Regardless of whether the season lived up to expectations (something the government won’t really know until data is crunched in the coming months), Colford says the GNWT now has, “a whole lot more info than in the past and a number of products that are brand new – a harvester’s handbook, harvester’s guide – all relevant for summers in the future.”

“There’s not a picker in the world who will tell you we were happy with the prices this year. But with any kind of primary producers, so much is based on so many variables. We’ve learned a lot from this year, like don’t even bother showing up until June. And there’s probably going to be another morel season in the South Slave next summer, so now there’s the handbooks and guides. All you have to do is switch out the maps.” 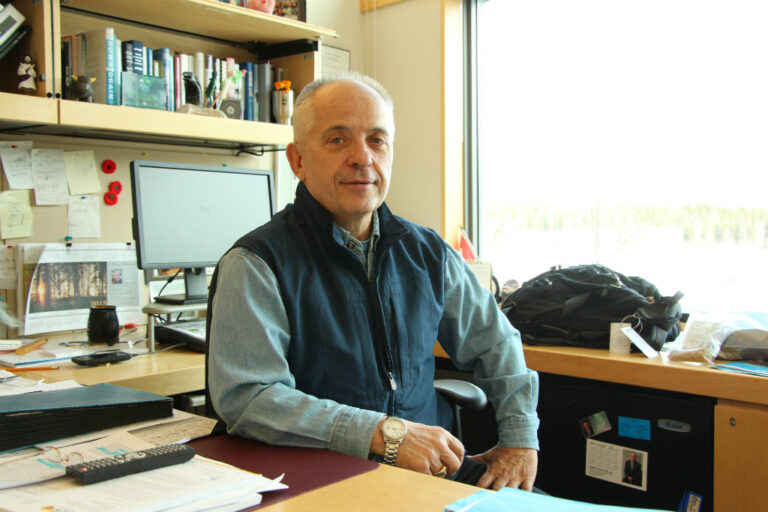 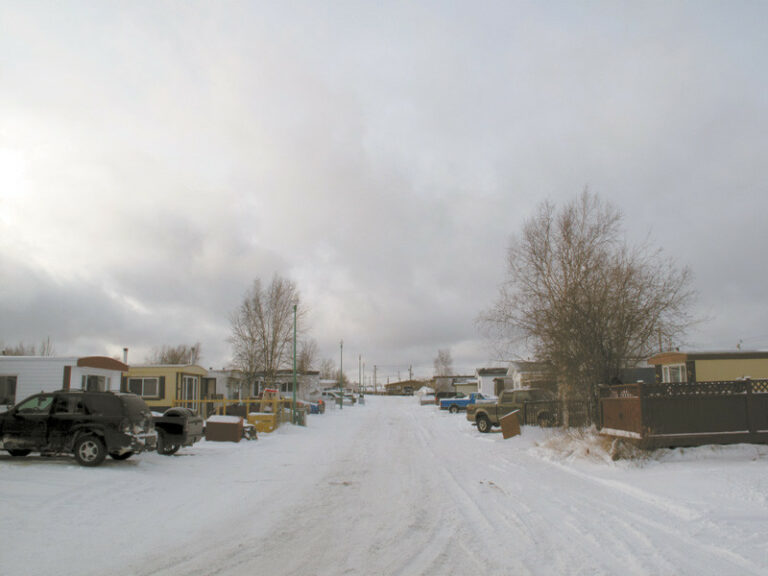