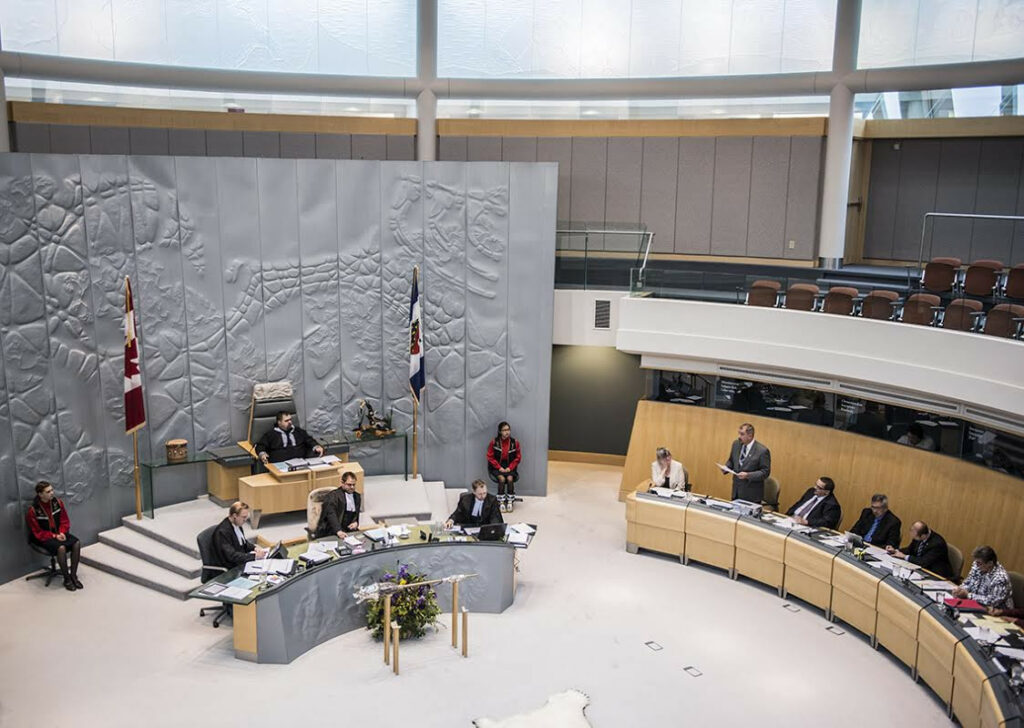 A call from Stanton’s Elders Advisory Council to build an aboriginal wellness centre in Yellowknife as part of the Stanton Hospital overhaul made it the floor of the legislative assembly on Thursday.

“Our territorial hospital, when renovated, has to incorporate the aboriginal identity that over 50 percent of our population has,” said Nahendeh MLA Kevin Menicoche.

“It has been shown in other jurisdictions that having close aboriginal ties to traditional healing works wonders: cancer rates decrease, diabetes rates decline and the general health and well-being improves because our people are comfortable and relaxed in a setting they recognize,” he said, citing Alaska Native Medical Centre and First Nations health programs in the Yukon.

The proposed wellness centre is not part of the renewal at the moment, but seems to have support from health minister Glen Abernethy.

“It needs to be done. We do need to find a way to make it happen,” he said. “But the first thing we need to do is figure out exactly what services and programs should be delivered.”

According to Abernethy, the GNWT has informed the three groups currently preparing bids for the Stanton project about the desired wellness centre, and that a potential site for the centre has been identified on the Stanton property.

“The next step in planning is actually to develop a more detailed outline of the program requirements, what the Elders Advisory Council would like to see, as well as other aboriginal government partners,” he said. This process, to be led by the Elders Council, is set to begin in April.

On Monday, Menicoche gave notice that he’ll be bringing a motion to support the project to legislative assembly for a vote this Wednesday.

Funding for women’s equality is more than “Nice” to have

On Monday, Frame Lake MLA Wendy Bisaro thanked her male colleagues for their vocal support of International Women’s Day last Friday, but argued, “without more women in decision-making positions we are only paying lip service to women’s equality.”

There’s certainly a long way to go in the North. Bisaro pointed out that 84 percent of the board members on northern co-management boards are men and “nine [of 32] boards were composed exclusively of men and 18 boards had only a single female representative.”

“The land and resource management regimes created through the settlement of our comprehensive land claims have given aboriginal governments equitable representation and co-management, but have not promoted gender equity and board membership,” she argued.

Premier Bob McLeod said his government has been working with the Status of Women Council and the Native Women’s Association of the Northwest Territories on the issue of gender equality – although it provided a paltry $25,000 in funding for both organizations this year.

“It would be nice if we could find ways to increase the funding for the women’s organizations,” said McLeod. To which Bisaro retorted, “Yes, nice indeed, but I think we need to get beyond nice and we need to say yes, this is something that we’re going to do … In order for us to make advances, particularly in our small communities, there needs to be a much greater infusion of cash.”

She also recommended having a campaign school for women every year as opposed to once every four years.

The GNWT’s handling of workplace safety for contractors came under attack from Range Lake MLA Daryl Dolynny, who claimed ministers  “spew paid political announcements about as freely as the falling snow,” while forgoing any actual action to improve workplace safety.

The particular issue at stake was the GNWT’s lack of a contractor management system for companies working on GNWT projects.

“Almost every other jurisdiction in Canada has, in one form or other, a contractor management system that identifies, assesses and controls the standards of business and workers in the workplace, especially in safe operations,” said Dolynny.

In response Dolynny’s criticism, Minister Tom Beaulieu argued there are plenty of conditions in place that guarantee contractors will act in a safe manner: “In addition to being in good standing with WSCC, the contractor has to have a copy of the safety plan on site. Also, they have to have regular meetings on safety through the process. Depending on the size of the contract and the nature of the contract, if there are hazardous materials such as asbestos, they have to have an abatement plan for those items.”

This last point did not go over well with Dolynny: “I am appalled and dismayed that a Minister would even hint that a responsibility would be excused on the deceptive pitfall of a small community punchline.”

“The plan itself is fairly impressive by design,” said Range Lake MLA Daryl Dolynny. However, he added, “there are tons of project charters imbedded in there and it isn’t clear if the commitments within the ERI [are] actually placed in any type of sequential priority.

“There is the appearance that we’re kind of just all scattered doing all our different initiatives and yet somehow at the end we’re going to coalesce to a common point of fruition where we’re going to say we’re done now.”

To this, he added the concern that it would be difficult to track the success of the ERI given that this year the territory phased out the Alberta Achievement Tests, previously used to assess student success.

MLA Wendy Bisaro’s concerns were directed towards funding the initiative. The government has budgeted just over $6 million over the next three years for ERI related projects, on top of the $150 million already going to Education. But Bisaro suggested more was likely needed.

“They’re trying to make those changes with money from within. If we are ever going to effect change and do it properly … in most cases when it’s a new initiative, it needs new money.”

Yellowknife to get 55 new low-income units

Yesterday, Minister Jackson Lafferty confirmed that 55 new units for people on income support will be built in Yellowknife the coming years. This follows an injection of $1.6 million into NWT Housing Corporation from ECE , which will also see ten units built in Inuvik and Hay River each.

“Income Assistance clients in these units will have reduced rent, and resources are being transferred from ECE to the NWTHC to operate them, so it will be cost-neutral to the GNWT,” said Lafferty.

The move was welcomed by MLAs when first announced three weeks ago in the budget address.

“This action will begin to address the debilitating circumstances for long-term income assistance clients who must continually wrestle with Northern Properties policy barriers and ECE barriers that clients must try to jump over every month to get even delayed, let alone timely, housing assistance,” said Weledeh MLA Bob Bromley.

Lafferty also announced yesterday that starting in April, “Income Assistance clients will receive more money for food and incidental expenses. These benefits will continue to increase each year for the next four years.” How much the annual increase will be is not yet clear. 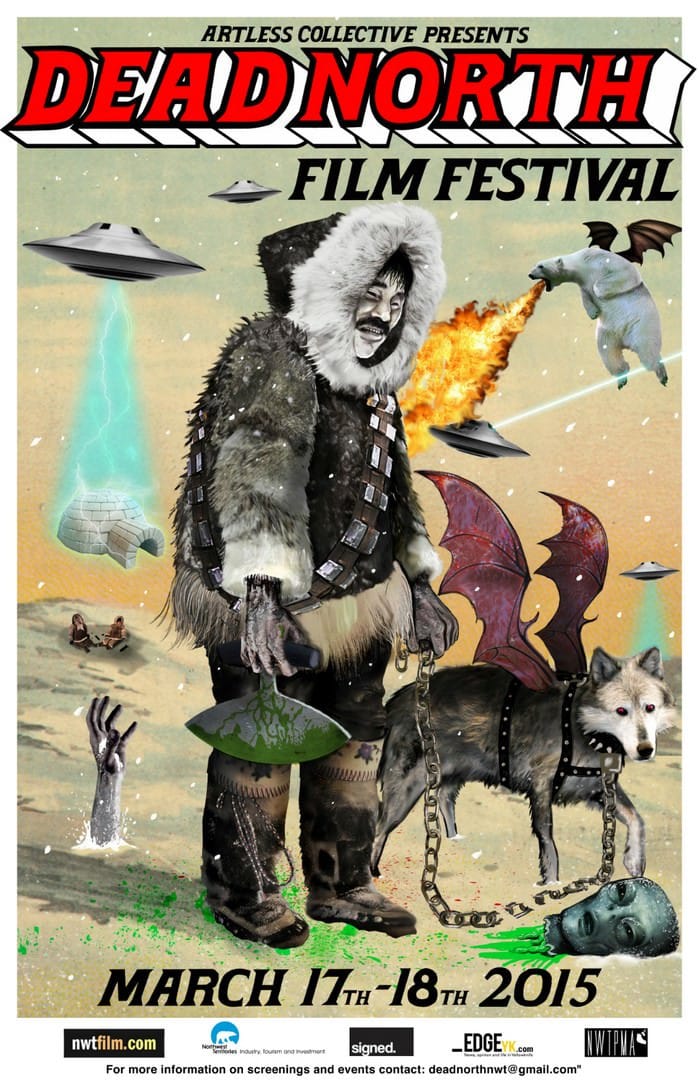 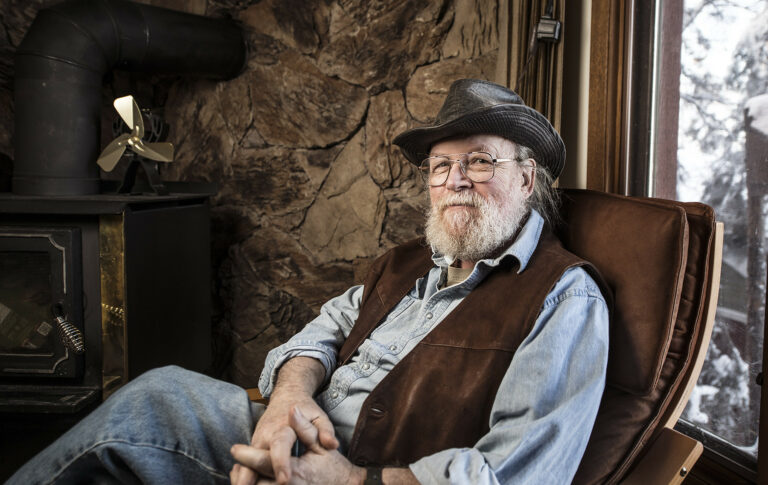