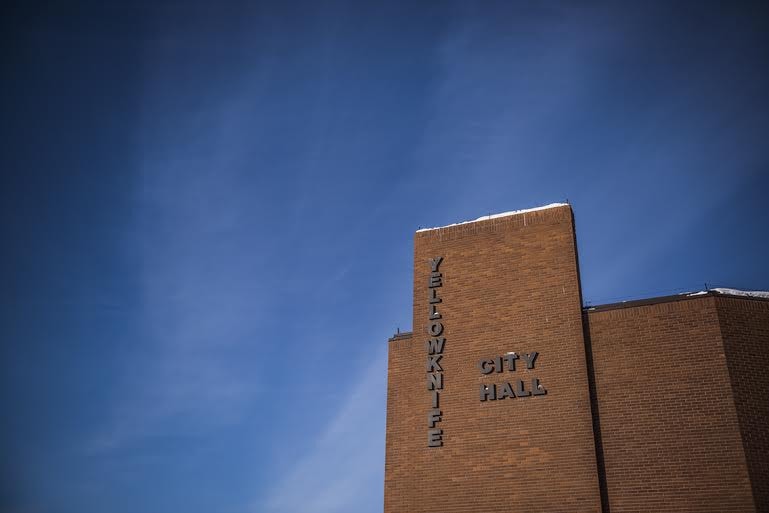 As a longtime Yellowknife resident, I’m saddened that my City is suing (Mayor makes case for City’s legal challenge over too few MLAs) for even greater control of the Northwest Territories legislative assembly. I’m even more disturbed that it’s being done under the guise of “rights” and “equality.” The proponents – the mayor and council – are good people, but they need to understand that this lawsuit is counterproductive, and worse, unjust. Here’s why.

Have you ever wondered how Canada went from being “native land” to a place where Aboriginals are disempowered, dispossessed, and left with only the tiniest scraps of their homeland? For the most part, it didn’t happen through violence. Nope, it happened the way this lawsuit is happening. More and more non-Aboriginals moved into Aboriginal territory and before you knew it, it’s wasn’t Aboriginal territory any more. What this lawsuit is saying is that, when enough southerners relocate to Yellowknife, they – meaning we – should rightfully control the legislative assembly. It all seems very democratic and innocuous. But not all democracies work that way. Canada doesn’t work that way. Canada shares power – between English and French, and between the various provinces, regardless of their respective populations. The NWT is the last place in Canada where there’s hope for a government that shares power between non-Aboriginals and Aboriginals. This lawsuit will prevent that.

We’re shooting ourselves in the foot

When the 1999 “Friends of Democracy” lawsuit increased Yellowknife’s seat-count from four to seven, Yellowknife didn’t get stronger – the NWT got weaker, which made Yellowknife weaker. First Nations, rightfully worried that urban white newcomers were trying to seize majority control, took their ball and went home. After 30 years of effort, they stopped focusing on negotiating a power-sharing relationship in the public government and redoubled their effort to express their “inherent right” to self-government through exclusively Aboriginal jurisdictions. The Tlicho government arose shortly thereafter – removing powers, duties, jobs and funds from the Government of the Northwest Territories. As the rest of the NWT’s Aboriginal groups follow suit, creating a constellation of indigenous self-governments, the GNWT will be hollowed out. Eventually, Yellowknife could become the capital only of Yellowknife – a lonesome city-state. This is a pyrrhic victory. For the city to be strong, the NWT needs to be strong. This lawsuit will make us weaker.

During the “Friends of Democracy” case, Rene Fumoleau, possibly the NWT’s most respected citizen, publicly asked, “In a democracy, everyone is equal on voting day, but what happens to equality between elections?” Clearly, rural communities in the North are at a dramatic political disadvantage vis-à-vis Yellowknife. The reasons are obvious: transport, communications, poverty, language barriers, unfamiliarity with Western-style government, and, perhaps most notably, because the GNWT bureaucracy is overwhelmingly Yellowknife-dominated. For Yellowknife to grasp at numeric equality is to ignore, and trample on, real equality. I’m sure the mayor and council are motivated by a desire for egalitarianism and fairness. Sadly, this lawsuit will achieve the opposite.

In 1967, Yellowknife was made the capital of the NWT. This was done to devolve governance from Ottawa – in effect, to decolonize the North. No longer would the lives of Aboriginal Northerners be controlled by people from the south. So it’s a perverse irony that, due to being the capital, Yellowknife has boomed with an influx of southerners. With this lawsuit, our city will be in a position to “recolonize” the very people it was supposed to help decolonize. This isn’t what capitals are for. Remember, Washington D.C. has no voting power in Congress. The U.S. founding fathers wanted D.C. to serve Americans, not vice versa. Yellowknife should follow that example. Let’s give to the NWT, not take.

I don’t know about you, but I didn’t come here to remake the North into Mississauga or Moose Jaw. I didn’t come here to live in a place that’s been whitewashed like every other corner of Canada. I don’t want a divided territory where Aboriginal people are pushed to the margins, or where government doesn’t compromise or innovate. I came here because Yellowknife has a chance to be different – to learn from the mistakes of other places and other times, and to be better. It’s not too late to drop the lawsuit. As Northerners, and as decent people, I hope we’ll do so.

Aaron Spitzer is a Northern journalist with a longstanding interest in NWT politics and constitutional development. He lives in the Weledeh riding, but does not feel underrepresented.