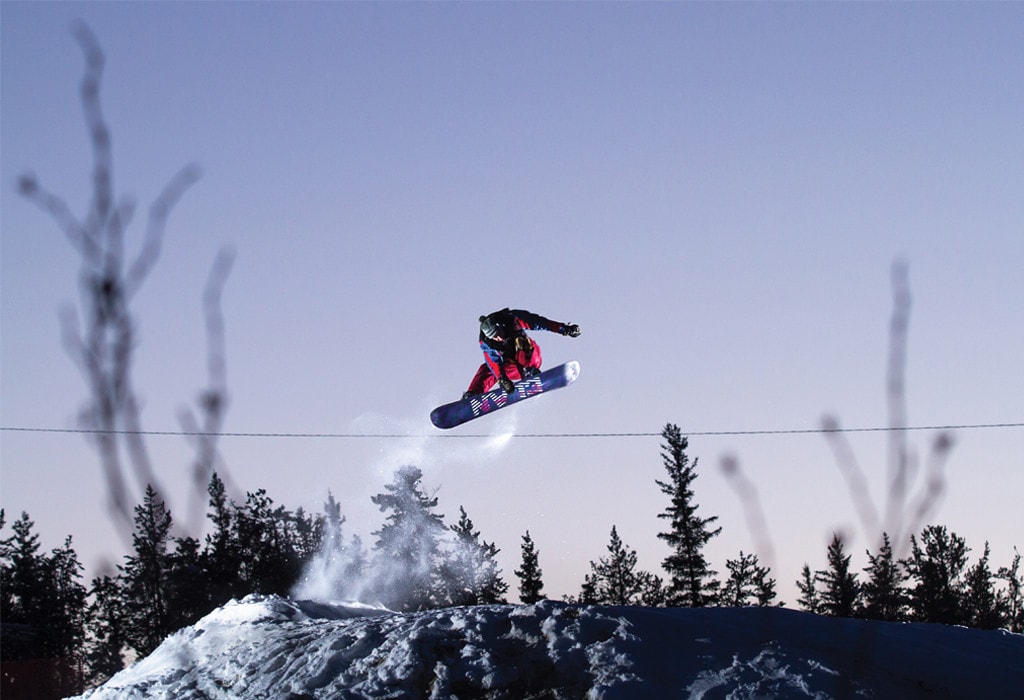 Snowboarding in Yellowknife was, and still is, pretty rugged. Like most winter activities here, it borders on the brink of extreme. We obviously don’t get the luxury of 45-minute, face-washed, powder-popping-off-pillows type of runs. Our rides are sometimes more like scraping your way down a hard-packed ice bowl. You kind of have to expect this when your snowboarding facility is, literally, a gravel pit. But we also have to appreciate what resources we have at our fingertips, and Bristol Pit is all ours (plus, those poor suckers riding the Rockies don’t have a Snowcastle to party in afterwards).

I used to wish I grew up a mountain baby and was taking the chairlifts every weekend, but as I made my way into adulthood, most of those teenage wishes turned into gratitude for being able to ride Bristol Pit with people who share the same passion for winter sports; and trust me, you needed that spark of passion back then if you wanted to ride in The Pit.

The 40-below temps with no shelter to warm up in and wind-scraped, icy snow conditions were just some of the challenges we faced in high school, driving on our lunch hours from Sir John to Bristol Pit, coming back to class still wearing our snowpants and boots. Not to mention we were the maintenance crew for features (jumps, boxes and rails), ski patrol and riders all in one. No one was going to go and shovel snow for hours and carve the lip of the jump just right. We had some homemade rails to put on the hill, and had to try and fix the boxes that were left outside in the same place all summer long. There were a couple years when some professional work was put in because the Arctic Winter Games were coming to town, or the territorial team tryouts were being held in Yellowknife; but for the most part, if we wanted to ride, we needed to put in the work. I think the most notorious characteristic of Bristol was the trek back up after every run. It’s hard enough with snowboard boots, but those poor skiers had it worse. Stiff boots or not, a five-minute hike up the hill after every 15-second run isn’t fun for anyone. We always joked about how much we needed a rope tow, but never thought we would actually have that luxury.

I’m stoked to report, we were wrong. The new Bristol Pit Snowboard Park not only has a lift for getting up the hill, there’s also a sweet, heated clubhouse when you get there!

After years of fundraising, and with the help of many generous sponsors, the NWT Snowboard Association, a branch of Snowboard Canada, began operating the new handle tow lift rope in December. It’s a stunning piece of machinery. GAP Electric completed all the electrical work for the lift, the new operator’s building and the clubhouse trailer, which was hauled up from Grande Prairie by Weatherby Trucking.

It took awhile to make this happen. NWT Snowboard needed to work with the City, which owns the property, to meet all the regulations and permits, survey the land and make sure all liability due diligence was accounted for, says Hill Operations Manager Steve Matthews. The tow lift will be open to the public Saturdays and Sundays from 1 to 4 p.m. The Ragged Riders Snowboard Club, run by Steve’s son Andrew, a World Cup competitive snowboarder, will train Wednesdays from 6 to 7:30 p.m. and weekends from 11:30 a.m. to 1 p.m. The lift is closed to the public during club sessions. Everyone is eager to have as many people as possible get out and enjoy the new facilities.

“The scheduled operating hours are not set in stone. If we notice a growing interest, then we can keep it open for longer hours, or more days,” says Steve. Chances are good that once the word gets out, more people will be using the Pit, which is great for skiers like Thomas de Bastiani too. “Ever since returning home from post-secondary in British Columbia, I’ve been craving a better place to ride and it’s finally here. This is a game changer for our city!”

Like most machinery in Yellowknife, the tow lift doesn’t like temperature below minus 30C, so, to minimize maintenance requirements, that will be the maximum outdoor operating temperature, without the wind-chill.

In early December, NWT Snowboard held a lift operator course to train volunteers for the 2016/2017 Season. I was one of them. We learned the operating procedures, everything from setting up the signage, starting the tow, the steps to follow in the unlikely event of an emergency, and shutting everything down properly. There will be at least two volunteer lift attendants on the hill during operating hours. One will be in the drive station controlling the speed and emergency buttons, while the other volunteer will be on the hill helping people get on the handle tow.

In addition to having machinery accelerate our ascent, there’s now a heated clubhouse up top that’s open during the same hours the lift operates – revolutionary! NWT Snowboard held a Super Bingo event last June that raised enough money to allow them to purchase the 40-foot clubhouse trailer at the Ritchie Brothers Auction in Grande Prairie last October. It has a bathroom and kitchen area, and lots of space to warm up those fingers and toes. This will extend everyone’s ability to withstand the windy conditions Bristol Pit is famous for, and no one will have to struggle anymore with putting on frozen shoes when switching your boots to driving footwear. So who’s paying to keep the heat on? We all know nothing in this world is free, however, NWT Snowboarding has come up with a very modest fee of $75 for a season’s pass to use the new facilities, and you also become a member of the NWT Snowboard Association. Aside from heating costs, the fee keeps the handle tow towing, and covers insurance and any maintenance requirements. All other operating costs are banked on volunteer hours.

It’s easy to join the club. “Right now we are working on a way to allow people the opportunity of signing-up at the hill, but anyone can register on-line at nwtsnowboard.goalline.ca prior to getting to the hill,” says Andrew Matthews.

If you’re stirred up and want to try snowboarding, but you’ve never strapped a board on in your life, or you don’t have any equipment, don’t panic, stay cool, Andrew Matthews and the Ragged Riders Snowboard Club can set you up with everything you need, from gear rentals to lessons for riders of all ages and abilities. Check out raggedriders.com for details. To keep up to date on lift hours, weather updates, events and some cool photos, @NWTSnowboard on Facebook is the place to be. The Ragged Riders will be the NWT’s first snowboarding club, and it’s about time.

“The NWT has yet to send a full contingency to the Arctic Winter Games for snowboarding. NWT Snowboard and my new club, Ragged Riders, are aiming to change that in the coming years,” Andrew says. “The facility upgrades and the new club in Yellowknife will definitely get more kids into the sport as well as help them to be more competitive with other jurisdictions at the Games. We’ve already got a few young girls signed up. Watch out AWG 2020!”

Now what are you waiting for? Tie those boots on, clip on that helmet, strap that board to your feet, and go be a part of Yellowknife’s future! 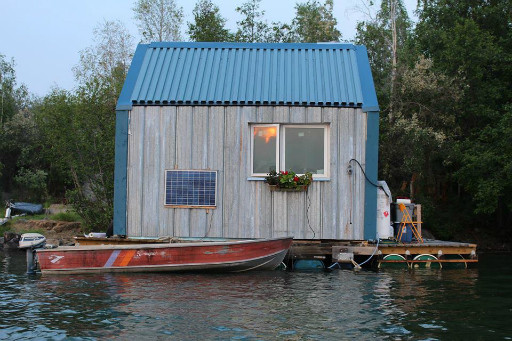