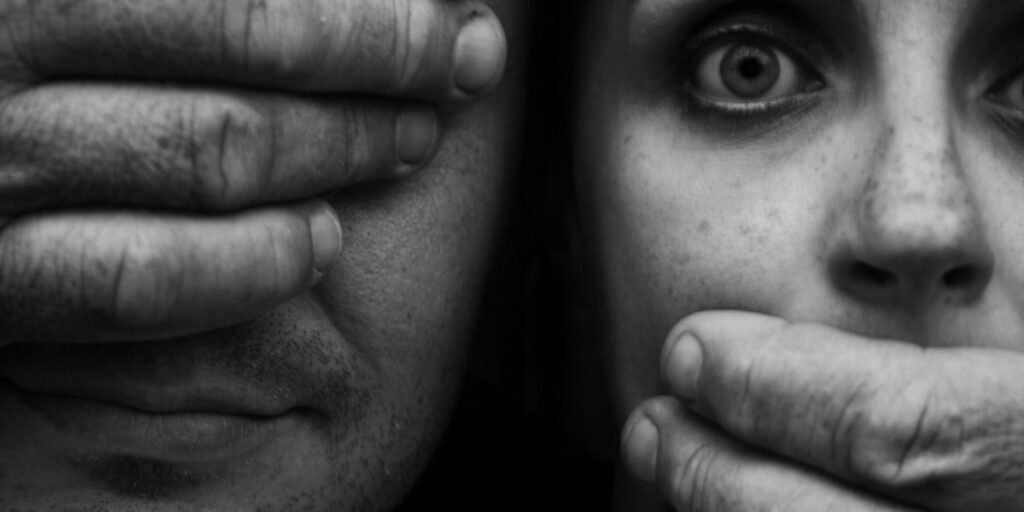 The first time I saw the #RapedNeverReported hashtag was one weekday morning on Twitter. It was during the Jian Ghomeshi trial, when there was a palpable, seething collective outrage spreading across Canada, and women, fed up with not being believed, were coming forward with their own stories.

As I witnessed television reporters, professors, political leaders, mothers and women of every walk of life shamelessly declaring the matter-of-fact reality of their abuse to the rest of the country, I remember feeling the secrecy of being a survivor burn off my own angry skin.

The truth is, there is not enough time or money in the world to accommodate the criminal caseload of every woman who has been sexually violated by a man

Hush-hush: that’s the reality of sexual assault in the Northwest Territories, according to a new report released in time with Family Violence Awareness Week. Written by Lani Cooke and commissioned by the YWCA, Hush Hush No More documents the experiences of 10 women from five communities in the territory, concluding that a culture of silence surrounds the epidemic rates of abuse that are some of the highest in the country.

While there are undoubtedly as many reasons for secrecy as there are incidents of sexual assault, #RapedNeverReported really brought to light for me the complexities of demanding that people open up about sexual violence. On one hand, the collective sharing of unreported attacks was validating to people like me, able to see myself and my experiences in those of others. But it was also a powerful middle finger to the expectation that women are required to publicly share those experiences, and do so in an accepted forum, most often legal in nature.

There is a great demand from the cruel sidelines of sexual assault that women report the violence against them, not only in order for the matter to be tried in court, but to be a credible, “real” victim. If it really happened, we should be able to hold the guilty accountable in a “fair” trial. We shouldn’t engage in talking about our experiences online or with friends because “innocent until proven guilty” (even though the vast majority will never be proven so). What if she’s making it up? “Report it, then.”

The truth is, there is not enough time or money in the world to accommodate the criminal caseload of every woman who has been sexually violated by a man. The national stats say one in four, but I honestly have yet to meet a woman who hasn’t experienced a non-consensual sexual encounter, whether it be an unwanted grope or a violent rape, at one point in their life. If we were all to go to the police, they would have to hire another workforce to deal with us.

If I, alone, were to report every unwanted touch or act against my body that would count as assault or harassment, I could spend most of my life navigating a system in pursuit of a justice that simply doesn’t exist. I would likely lose my job, my friends, my family — and myself —in the meantime. This doesn’t make me an exception; this is the rule. Men feel entitled to our bodies, smiles, time — you name it. Sometimes they take it without permission. I didn’t report it because… I don’t owe you an explanation.

People who have survived abuse aren’t just hapless victims. We have jobs, families, hobbies and lives to live. We don’t always have time to be advocates for ourselves and a more just world for all women and girls. Instead, as women, we learn how to survive through these incidents the best we can while trying to keep our lives intact.

Sometimes that means fighting back, but most of the time it means appeasing, de-escalating or even trying to take care of the men that have hurt us because, if we do so, it might make the reality of the trauma go away. Sometimes we go to the police, who often tell us that we don’t have enough evidence to pursue charges. Sometimes it goes to court, where we are treated like liars and sluts, witnesses to a crime against the state and not our own bodies. Sometimes we try to heal through counselling. Sometimes we engage in self-destructive behaviours to escape the pain. Sometimes we compartmentalize and move on. Sometimes we talk about it, and sometimes we don’t. There is no correct response to abuse. There is no perfect victim.

As the title suggests, Cooke’s report demands that as a society we break the silence around sexual violence in our communities. As important as that task is, it must be recognized that too often this emotional labour falls by default onto women, including survivors of abuse. Once again, we are charged with cleaning up a mess that we didn’t create. Similarly, the emphasis on speaking out too often leads down a path ending in a police station. It demands that women take the time to participate in a broken system that likely won’t protect or defend us. It requires us to force our experiences through the only available official channel for “legitimate” recourse.

So before we start demanding that women start opening up about sexual assault, we need to make sure that there’s a point. That there is the possibility of justice and social change in the end. That telling our stories matters. Because right now, we are sick of the system, the way that it re-victimizes and blames us and too often lets perpetrators walk free with no restitution, let alone rehabilitation. We are sick of the way people talk to us, look at us and shame us when we do talk about it. We are tired of not being believed, of the “devil’s advocates” who demand that we meet an unrealistic burden of proof, and of men who sit silently in the margins while we do this hard, retraumatizing work by ourselves.

What we should be less “hush-hush” about is men’s involvement in addressing sexual assault. As true as it is that men are suffering, are victims of abuse themselves and require their own immense amount of healing work, they also have the privilege of being able to remain silent when it comes to violence against women. It is still rare to see men holding each other accountable for toxic behaviours that objectify and violate women, or standing in solidarity with us when we defend ourselves against this violence. Only when men start speaking out against their silent crimes against our bodies can we fully begin to prevent, not just heal, the impacts of abuse on our lives.

Breaking the silence is certainly necessary when it comes to addressing sexual assault in our communities. But we have to make sure at the same time that our conversations are directed, meaningful and being heard. A lot of talk with no resulting action is already our reality. Give us a reason to report. Listen to us. Believe us.