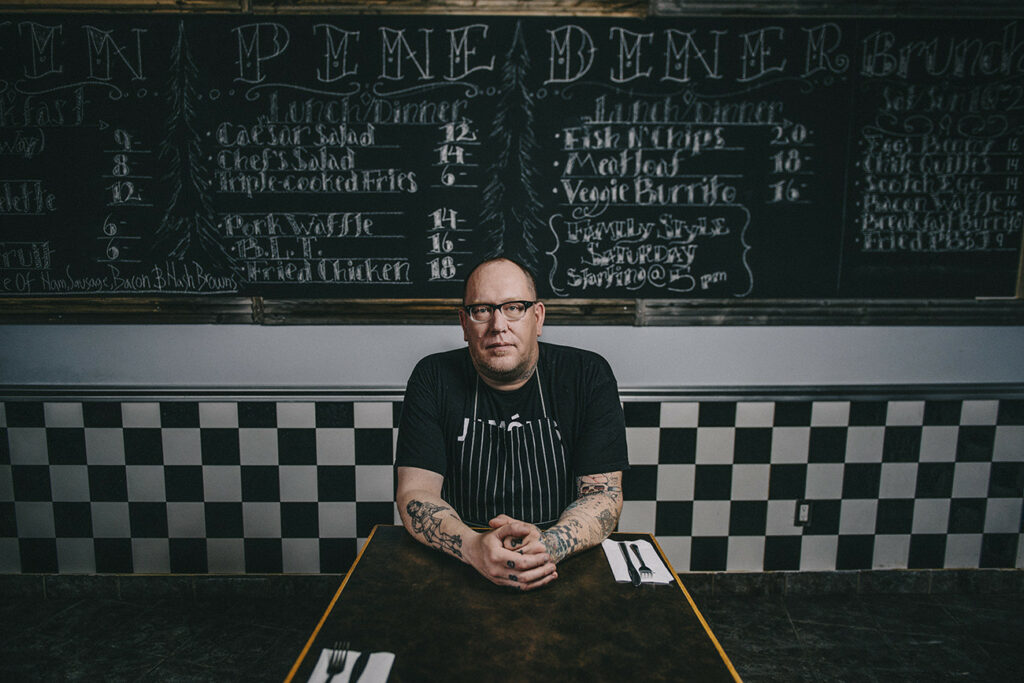 Except for one lone coyote, this week’s round-up is all about the downtown. We’re also confirming some of the buzz about possibly big plans for After 8/Fuego; some shimmies and shakes for Twin Pine Diner and a new Mama on the block at Aurora College. Finally, we’ll make sure you won’t be left in the cold looking for your favourite food truck.

It’s not just a rumour, and it’s also not quite something yet, but talks about a new nightclub in the downtown core are…happening?

Jason Perrino, of After 8 and Twist, confirmed he and his partner are putting together plans that could, one day, turn Fuego into a nightclub (or at least something a little different under their ownership).

The building currently housing After 8 Pub has new landlords whose upcoming plans have caused Perrino and Snow to think about their options, and they’d like to concentrate more on their downtown presence this time around. We’re not going to get our hopes up since they’re at “step 0” of many, but they’ve already got a name picked out, so that’s encouraging.

There’s someone else to watch this fall in the downtown. Sugar Mama, AKA Kaitlyn White, recently secured the canteen contract at Aurora College. She’s serving up healthy options for breakfast and lunch from 8:30 a.m. – 4 p.m Monday-Friday. With dishes accommodating most allergies and dietary restrictions, White’s aim is to provide low-cost and healthy foods for busy students at Aurora college, or “nutritious food at vending machine prices.” The canteen’s also easily accessible to the public from the college’s main entrance.

The former Aurora College business student’s been cooking in kitchens all over town for years, not to mention behind the scenes at the college. She’s eager to share her love of good food, some of which include foods from her Polish heritage like borscht and perogies.

White describes Sugar Mama as a ‘social enterprise,’ focused on community building rather than profit. For example, she’s been hosting ‘elder tea time’ (25 cents for tea or coffee) on Tuesdays from 12-4 pm to encourage social interaction in the building, and is currently collecting donations toward sponsoring a Syrian family’s immigration.

As of now, Sugar Mama will be at the college’s canteen until January, but White is eager to find her own spot soon that’ll let her continue to serve the downtown crowd. This Mama’s got some big ideas.

One of your old favourites, Coyotes Steakhouse & Lounge, is getting seriously sporty in its lounge.

Owner/Operator Ed But says they’re putting in two more big-screen TVs and boosting their sports packages so you can catch any UFC fight, NFL, hockey, or, really, any game you can think of in their lounge.  There’ll also be some menu changes to reflect the sports theme because the best way to support other people’s physical activity is eating a lot of pub food.

Twin Pine Diner’s been going fairly strong since opening in mid-July, despite its fair share of hiccups. Food and service have been getting positive reviews (try the new boozy ice cream floats), but consistent hours have been hard to come by as they’re still establishing a solid staff. Hopes their search for a GM was over were quickly dashed when a new hire told staff to “go f#@* [them]selves” during service recently. And so, the search continues.

As well as some staff changes, stay tuned for some menu changes. They’ll be winterizing with some sure to be crowd-pleasing switches, including rumours of a tandoori-style chicken.

If you haven’t already, it’s time to shake out your wool and goose downs, get your vehicles winterized, and put plastic wrap on your windows before another 8-10 months of YK winter. Sadly, the food trucks that brightened our lunch hours and parking lots this summer will also soon be hibernating.

Most of the vendors we talked to will, predictably, be going into their respective caves for the season soon with a few exceptions. Murray’s Treats and Eats will be coming out to a few events, but mostly private functions. Others, like Saffron, are eager to find the right fit for an all-weather presence after finding some success this summer.

One of a Thai will again be setting up shop at the Curling Club this winter. The current plan is that they’ll be out with the truck into October and set up at the rink by the end of November…or, as soon as the ice is ready (inside and out?).

Most trucks will be on the road until the snow flies. Dates and times will vary, but your best bet is if you had to put on your hat and mitts before work, there probably won’t be a food truck out for lunch. We hope you remember to pack yourself some soup.