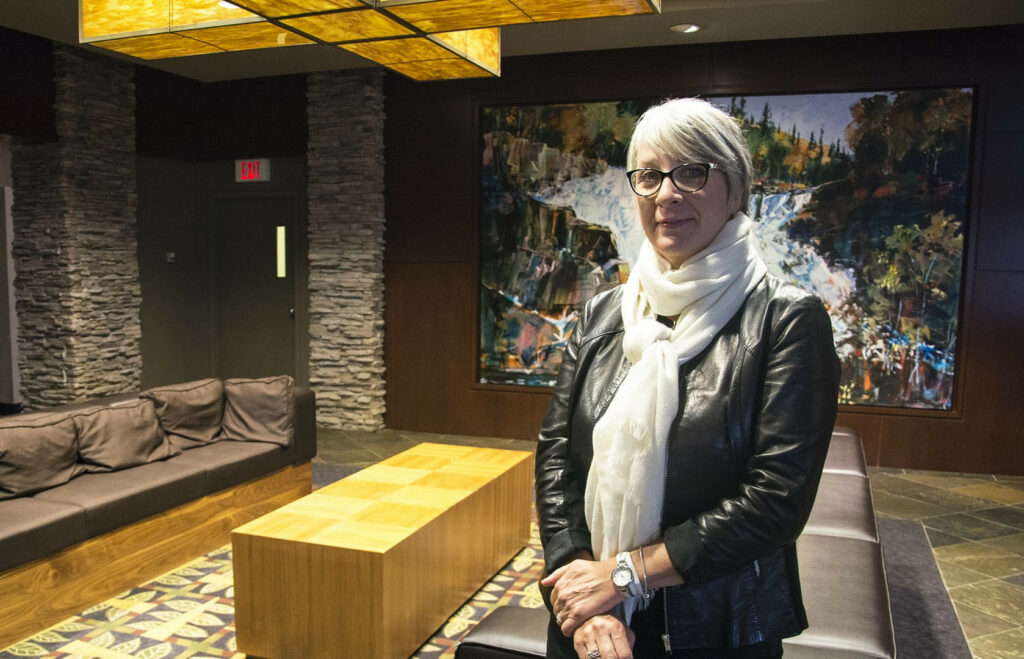 New to politics, Patty Hajdu has spent most of her career working on issues of harm prevention, homelessness and drug addiction in Northern Ontario

“We can talk all we want about gender equality but if women don’t have a feeling of safety in their homes or their communities it’s very hard for them to reach the level of true equality,” says Patty Hajdu, the federal Minister for the Status of Women. The Liberal cabinet minister and MP for Thunder Bay-Superior North was in Yellowknife on Thursday as part of a cross-country tour collecting input for a new national strategy to address gender-based violence.

Hailing from Thunder Bay, Hajdu is something of a Northerner herself, and has spent most of her career working on issues of harm prevention, homelessness and drug addiction in Northern Ontario. Prior to her election last year, she was the head of the largest homeless shelter in Thunder Bay.

If women are experiencing violence in their lives, the nature of their communities makes it really difficult to tell anyone, or to leave, or have any resources to support them.

EDGE caught up with Hajdu on Thursday to chat about the new federal strategy, the challenges women face in small Northern communities and how the narrative around gender-based violence needs to change.

With respect to gender-based violence, what how does the North differ from elsewhere in the country?

The lack of resources is a big one people talk about when they’re trying to support survivors — services just aren’t there, especially in remote communities. If women are in a violent relationship or they’re experiencing violence in their lives, the nature of their communities makes it really difficult to tell anyone, or to leave, or have any resources to support them. So often they sort of persevere, at higher risk for all kinds of physical injury, up to and including death.

And it continues the cycle as well, as the woman is not able to actually extricate herself from the situation. Her children are watching the violence unfold, and they grow up in an atmosphere of violence. We know that some of this is intergenerational, that people are learning behaviours, either around receiving violence or around perpetrating violence. So that’s one challenge.

In rural and remote communities oftentimes as well there’s issues that intersect with all the violence: lack of affordable housing, income that’s difficult, cost of living. All of these factors create increased risk for women, and then keep women really stuck.

A lot of what you just mentioned — housing, education, healthcare — are more within provincial/territorial jurisdiction. What role can the federal government play?

The federal strategy won’t fix all things, but we can address some gaps that we are distinctly capable of filling. One of them is the data gap. We have not been doing a good job assessing the extent of violence women are experiencing in their lives and what kinds of barriers there are. The last comprehensive survey of women’s experience with violence was 1993. So, even to set a baseline. Communities have brought this up over and over, regardless of their size: we don’t even know the extent of what we’re dealing with.

We need to coordinate our efforts. We have about eight to ten different ministries that spend money on this and don’t really speak to each other.

We also need to coordinate our efforts. We have about eight to ten different ministries that spend money on this and don’t really speak to each other. Service providers on the ground know that there might be pockets of money for prevention or for treatment, but they don’t have a clear pathway. They’ll knock on someone’s door, but if that’s not possible, often they don’t know that there’s six other resources in the federal government that that particular group could turn to.

It’s also really important to recognize that our job is to work on those social determinants of health, so the things around affordable housing, clean water in First Nations communities, access to education for young people throughout their education process that’s equitable — those are the things we’re responsible for and those are the things that, long-term, will help with the prevention piece.

What are some issues you dealt with in Thunder Bay that you hope to address now you’re in government?

I think one of the things that we, collectively as governments at all levels — provincial, municipal, federal — have to talk about is access for women when they are in trouble to services and supports. When I was running the homeless shelter in Thunder Bay one of the challenges was that the criteria that women had to fit into to access women’s shelters was so rigid that most of the women I worked with did not meet that criteria.

They either used substances, the violence they were experiencing wasn’t from an intimate partner — perhaps it was their pimp, perhaps it was the guy next door, whatever — so they weren’t fleeing a domestic violence situation. And there were a number of other barriers, so these women were forced to go to my shelter, which was at that time, and still is, a mixed shelter. So it was very unsafe.

Our concern was that we couldn’t protect the women that were using our services. We could within the walls of our building, but not out in the community. And there was no healing capacity.

The other thing is that the conversation has been heavily weighted on women and girls and what we can do to protect women and girls; we’re not having a conversation about what we need to do around men and boys. We’re still stuck in this narrative that we just need to set up better supports for women, we have to protect women, we have to teach them how to be safe, when in fact I think we need to have a better conversation about our culture, and our culture of violence.

We have rigid expectations about what ‘man’ and ‘woman’ mean, and it creates these toxic kinds of environments, where we have, for lack of a better word, a very violent culture. We could certainly do a better job of at the federal level challenging those norms that the solution is always more shelters, more treatment, more frontline services, when we really need to be talking from a preventive lens.

How does the strategy you’re developing fit with the Inquiry into Missing and Murdered Indigenous Women launched this summer?

In some regards we’ve gone backwards. For young women today it’s normalized in their lives being sexually objectified,

I see the strategy as an evolving, evergreen strategy — it’s not like we’re going to release the strategy and then that will be the strategy for 10 years. I want the ability to be able to be responsive to new information. And when the inquiry releases its report and says these things must happen, and these are the federal responsibilities, my idea is that that information feeds into the federal strategy.

Having worked in the harm prevention field for a long time, how does where we’re at today compare to where we were 20 years ago?

I would suspect that in some regards we’ve gone backwards. For young women today it’s normalized in their lives being sexually objectified, it’s normalized through the media we consume and the digital world we inhabit. So young girls and women often don’t even identify that the relationship they’re in may be abusive or controlling.

Those conversations are not happening at any level – whether it’s a national level, provincial level, an educational level. Very few provinces have an up-to-date sexual health curriculum that focuses on relationships. So I think we can show leadership in that regard. I think we can amplify that conversation about what a healthy relationship looks like, about the fact that we have a culture that objectifies women to such a degree that women don’t even know they’re being objectified half of the time. So to me, we’ve in some ways gone backwards. Certainly the feminists of the ’70s and ’80s would say that and we’ve heard that in many of the consultations.

As we’re speaking about violence, is there a criminal justice element to the strategy you’re developing?

We’re working really closely with Justice as they do their review on the Criminal Code. Certainly Bill C-36 has come up a number of times, which is the trafficking bill around prostitution, and whether or not that bill creates more risk for women. There’s also been a lot of talk about the intersection of the Criminal Code and the Divorce Act and how many times those things don’t act in concert.

The evidence seems to point to the fact that it does create more risk for women. But if you talk to women who have exited the sex trade, they feel very strongly that the Johns should be prosecuted. We’re still in the listening phase right now quite frankly, and really trying to hear all sides. I heard yesterday from survivors in Winnipeg who were actually exiting the sex trade, that they felt very strongly that the bill was a good one. But I’ve also heard from women in Vancouver who feel very strongly that it is harmful to women. So it’s going to be a challenge, no doubt about it. Our goal is to be as analytical and evidenced-based as possible and come down on the side of women’s safety.

What do you hope to accomplish by developing this strategy? Is it mostly a policy document?

I envision it as a little bit more than that. I envision it as a document that will suggest targeted spending in specific areas that can boost our efforts at a federal level; it’s not just a theoretical document that will live on a shelf. We’re really hoping we’ll be able to release a version of it in 2017 and that we’ll have some concrete actions that we can announce. But as I said, this is something that will evolve as we develop more information, as we start to get fulsome data.

We also fund organizations — we have about a $20 million funding portfolio annually, and we support organizations across Canada to work on issues that affect women, whether it’s economic security, or leadership or gender-based violence. In this particular project, my job is to pull everybody together and say, how can we do a better job?

Is there going to be a specific Northern aspect to the strategy?

My vision is that the strategy is broad enough and supportive enough that it can be tailored in each region. So when different arms for government are providing funding to groups that are delivering the work on the ground, which is typically how this is done, they’re being reflective of the different needs of the regions. Again, back to data: that will help, because it will show that the needs of a group that’s up North are drastically different from the needs of someone who is living in downtown Toronto.

This interview has been edited for readability. 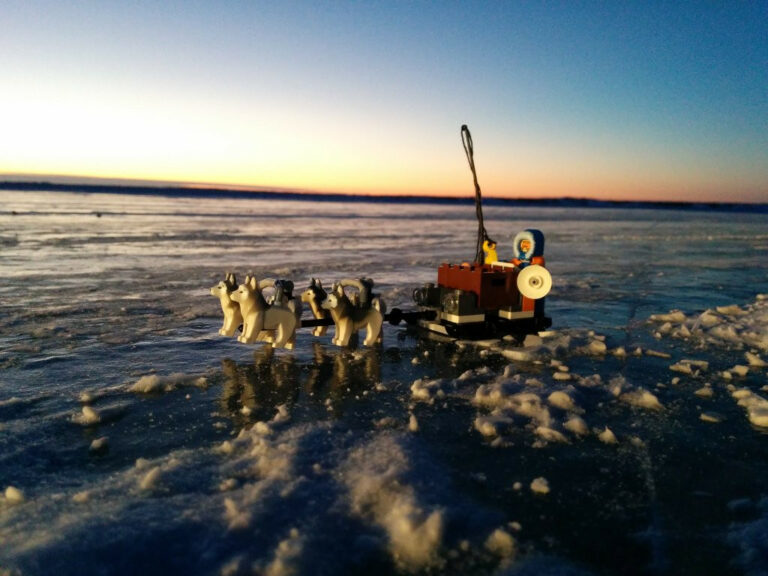 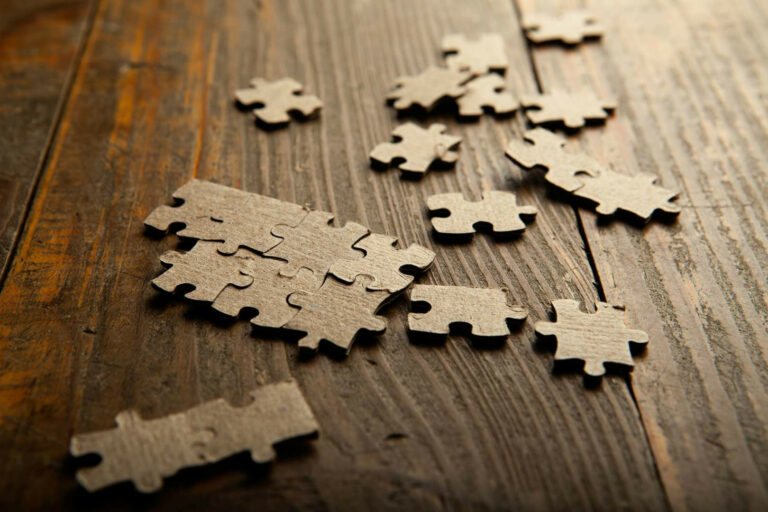