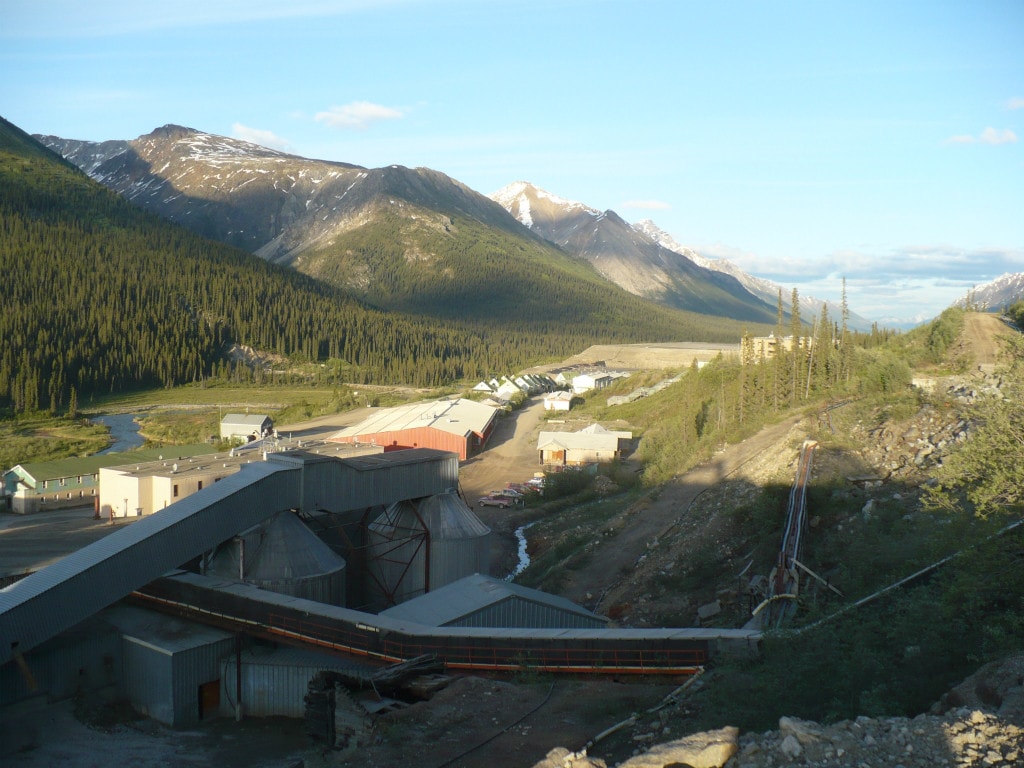 If dozens of layoffs, a mine closure and a bankruptcy claim weren’t enough to showcase the impact of record-low tungsten prices on the North, the NWT government’s decision to buy a neglected mining property in order to shield it from the circling vultures makes that point loud and clear.

Despite the current absence of an elected assembly and cabinet, the territorial government made the unprecedented move in the midst of an election to acquire North American Tungsten’s (NATCL’s) Mactung property on the Yukon border last week after attempts to sell the deposit for enough to break even failed miserably.

NATCL entered into creditor protection through the B.C. Supreme Court in June and was forced to put both its Mactung property and operating Cantung mine — two deposits in the Mackenzie Mountains near the Yukon border — up for sale. At the time, the company was showing $84.4 million in liabilities and owed around $75.5 million to over 200 creditors.

The bids received on the properties were “unacceptable,” according to the GNWT, who instead decided to purchase Mactung for $4.5 million and hold on to it until tungsten prices eventually rebound. Control over Cantung, on the other hand, has been transferred over to the federal government, along with the millions in securities posted by the company for its reclamation.

But before your inner socialist gets all excited about a nationalized resource economy in the NWT, note that the acquisition wasn’t exactly a choice purchase by the territorial government looking for a foray into the mining business.

In order to get rid of Cantung, which was transferred to the feds through a provision in the devolution agreement, the GNWT was required to take on Mactung as a condition. And while the GNWT is now the owner of a mining property, officials say the intent is purely resale.

Still, the fact that there’s an election underway means this decision could only be made if decided by the Financial Management Board as being urgent and in the public interest.

Evidently, the GNWT felt the risk to taxpayers was worth the potential reward if it meant protecting “the world’s largest tungsten deposit outside of China” and, ultimately, their own cut of the resource revenues if the deposit is one day properly developed.

But right now the GNWT can’t comment on what, actually, is going to be done with Mactung. In the meantime, at least, the lack of development at the site means zero operation and maintenance costs for the government while they decide.

“We are currently in the election transition period and can’t speak to what the next steps for Mactung are,” said senior cabinet communications advisor Andrew Livingstone. “Those will be determined once the 18th Legislative Assembly is in place and a new Cabinet has been selected.”

Critics in the Dehcho had long grumbled about NATCL’s properties, which despite geographically resting — at least somewhat, in the case of Mactung — in the Northwest Territories, really only contributed economically to the Yukon in terms of jobs, while leaving the NWT with all the risk.

For Cantung, that risk now lies with Canada. While NATCL has indicated it hopes to resume operations at the mine (which closed on Oct. 27 following 80 layoffs in the spring) by next summer, that’s going to depend on financing.

Tungsten prices are currently bottoming out at around $180 per MT, down significantly from their 2010 climb to around $450. Although current forecasts peg the price of tungsten as poised to rise over the next few years, the recovery from this 10-year low is likely to be slow.

“I think we will see the price begin to rise slowly as economic demand recovers, but it is going to be nothing dramatic,” analyst Chris Ecclestone of Hallgarten & Company said in a recent interview with Tungsten Investing News.

“If financing improves for the mining sector, it’s not going to be a case of everyone in the mining sector suddenly being able to get money. It will probably be gold projects and big base metals projects getting funding before specialty metals.”

An optimistic view places the price of tungsten closer to $200 by the end of the year and possibly $300 by the end of 2016, but the light at the end of the tunnel is conditional upon a lot of what-ifs, most notably what China — tungsten’s biggest exporter — decides to do about regulating its production.

So what if the price never rebounds?

Prior to Cantung’s closure, concerns were raised by regular members of the legislative assembly about the danger of leaving taxpayers on the hook for the mine. Recently retired Weledeh MLA Bob Bromley questioned whether the securities would be enough to clean up the property if it went under, a fear sprung from the bungling of Yellowknife’s defunct Giant Mine.

As with Giant, the federal government is now responsible for Cantung’s remediation. While the tungsten operation promises to leave a much less permanent and hazardous mark on the landscape than Giant’s 237,000 tonnes of arsenic trioxide, environmental groups have already raised concerns about the need for independent oversight.

Along with the mine, Canada was also handed the security bonds collected from NATCL. As of last spring, the amount in pocket was just over $11 million. In June, the regulator requested the company pony up an additional $19 million in securities for the mine, bringing the total to $30.95 million.

But according to the GNWT, that extra security deposit was never received, and there is no other word on whether or not it will — or can — still be collected from the bankrupt company.

The price of devolution

In the lead up to devolution, concerns were raised that the resource revenues promised in the deal with Canada would not be enough to outweigh the high costs of taking on additional responsibility.

So far, the deal has indeed under-delivered, at least in terms of revenues. Despite originally estimating that it could collect a share totalling $60 million for the year, the GNWT lowered its estimate for the 2014-15 fiscal year to closer to $40 million. Based on the continued downturn in mining, oil and gas in the territory, it’s likely that 2015-16 will see similar figures.

To add to that, we still don’t have a clear enough picture of the total costs of devolution to fully understand if the benefits of northern control are truly outweighing the liabilities.

While the GNWT is probably not planning any further acquisitions of resource properties in the near future, the move to save Mactung raises red flags, not only about the dire state of global resource markets, but the lengths the government is willing to go to try to salvage the industry for the sake of resource revenues.

We may still be in the throes of the post-devolution evolution, but it seems rather doubtful that acquiring a mining property was what territorial leaders — and residents — had in mind when they said they wanted more control over lands, water and resources in the NWT. By throwing this property a taxpayer-funded lifeline, the GNWT has set a dangerous precedent for a struggling sector and revealed its own economic panic. 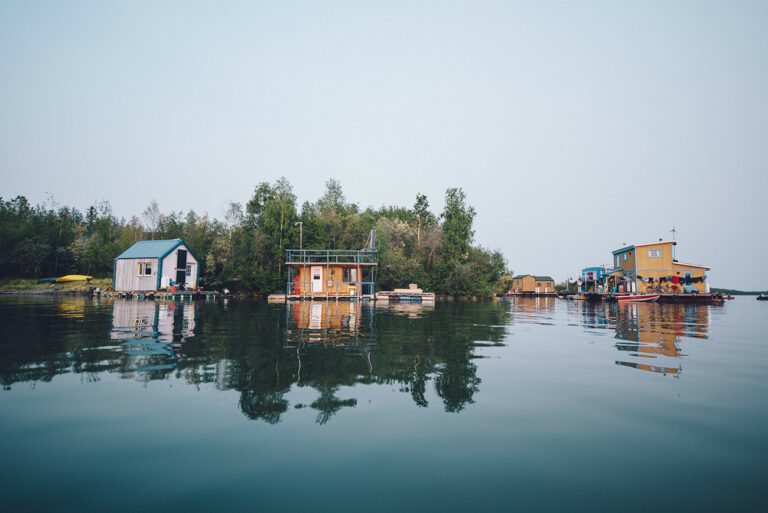 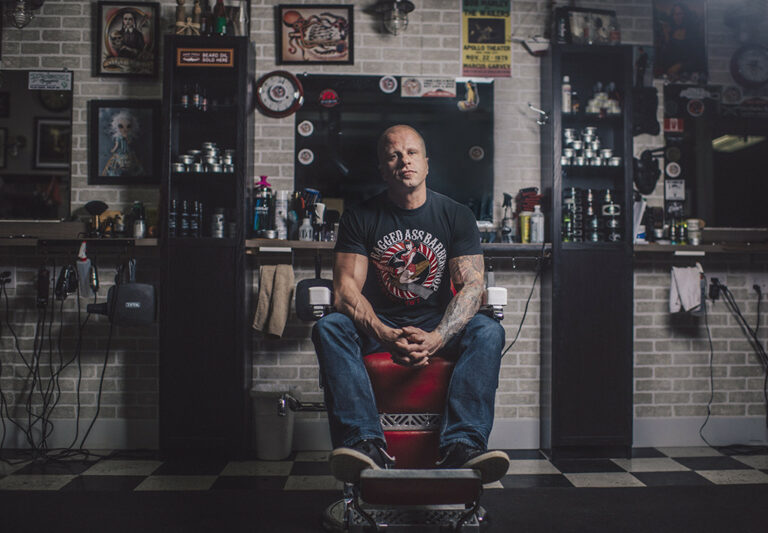