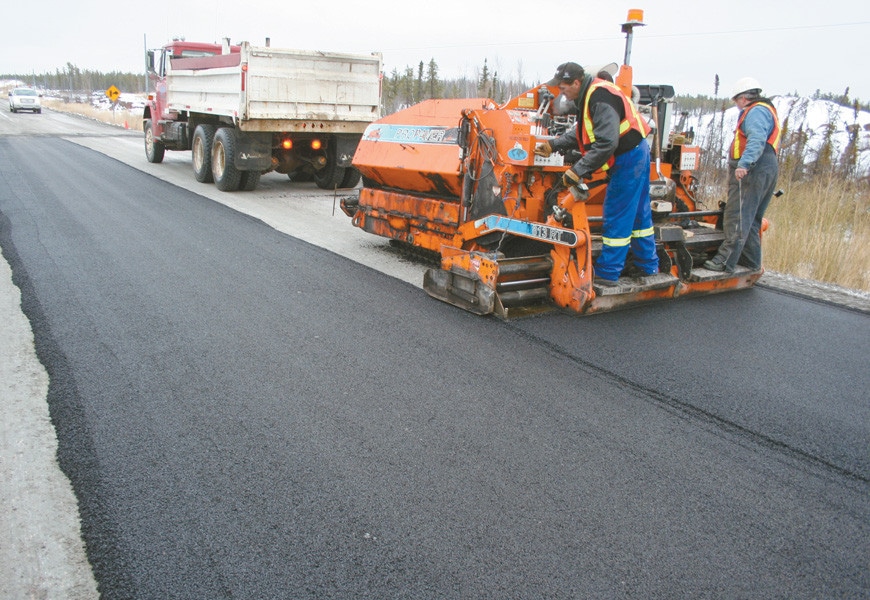 Out at the edge of town, by the quarry at the end of Kam Lake, sits a machine that looks like a conveyor belt attached to an orange locomotive and three rail cars. It’s actually a custom-built portable asphalt plant owned by EZ Street Canada and this past summer it produced roughly 1,700 tonnes of material to pave N’Dilo’s main road.

The N’dilo paving job was a big deal – much-needed and years in the making – for which the City of Yellowknife and the Yellowknives Dene First Nation picked up the tab. Nearly lost in the good news was the job’s use of innovative “cold” EZ Street asphalt.

Traditional asphalt not only has to be installed in certain weather conditions, it also has to be laid a short time after production. EZ Street asphalt is the same as its hot cousin, but contains a special polymer that allows it to be installed in just about any condition – even sub-zero temperatures – and to sit for months before being laid down. If that’s not enough, it’s also stronger and quieter than regular asphalt.

Longtime Yellowknifer Chris Hunt and a few business partners snapped up the Canadian licence to the EZ Street technology from its American inventor a few years back and then partnered with Nuna Innovations, a division of Nuna Logistics. In just over four years, the cold asphalt has been used in everything from a patch-job on the Ingraham Trail to huge jobs for capital cities across the country, as well as local work for the City of Yellowknife and the territorial government.

And no job is too small. Hunt says the company will happily pave anything from a driveway to a parking lot, and claims his price is cheaper than a traditional asphalt paving job.

Like many Yellowknifers, YKDFN Housing Manager Stephan Folkers had never heard of EZ Street until the company was contracted for the N’dilo job. “The company was good to deal with,” he says. “They were very conscientious and definitely want to make sure their product is going down the way it’s supposed to.” After completing the side streets in N’dilo this coming summer, Folkers says “we’re looking at doing some engineering work on the Dettah roads and maybe in two or three years we’ll pave those, as well.”

As the company expands, there are no plans to move from its Yellowknife base. In fact, Hunt sees the cold, remote location as a benefit. “This is where people should be testing energy technologies, transportation technologies, construction technologies,” he says. “That old saying ‘if it works here, it will work anywhere,’ it’s totally true. That’s exactly the way people see it down south.”

In what might eventually be an even bigger story, Hunt and his team recently filed one of the NWT’s first international patent applications for a UV-reflective asphalt. The product’s reflective quality limits the heat absorbed by roads and in turn, limits the heave caused by melting permafrost. “That’s why roads break down,” Hunt says. “The rock doesn’t break down. The UV and heat breaks down standard asphalt oil.” As a side benefit, the patented asphalt can be produced in any colour. Roads are black, he says, “because they’ve always used black oil, but you don’t have to.”

To help roll out the new product in more than 170 municipalities in British Columbia this Spring, the company recently added a large B.C-based construction firm as a managing partner.

Across the NWT, EZ Street’s asphalt might soon be the answer to dust problems in unpaved smaller communities. To start, the company is working on developing a cost-effective replacement for chip seal. “We’re trying to find that sweet spot where you’re getting way more load-bearing strength and way more life out of your roads and way more quality but you’re not breaking the budget,” Hunt says. “And we’re just about there.” 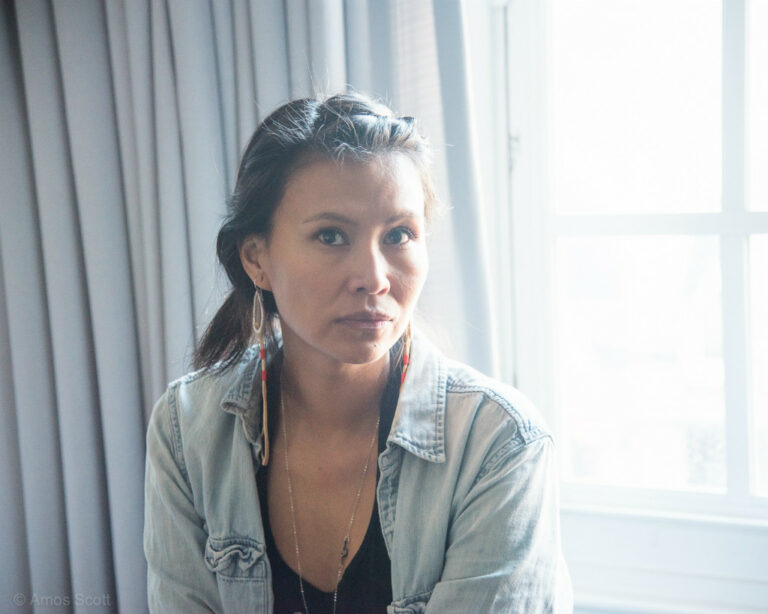 Melaw Nakehk’o on Filming The Revenant 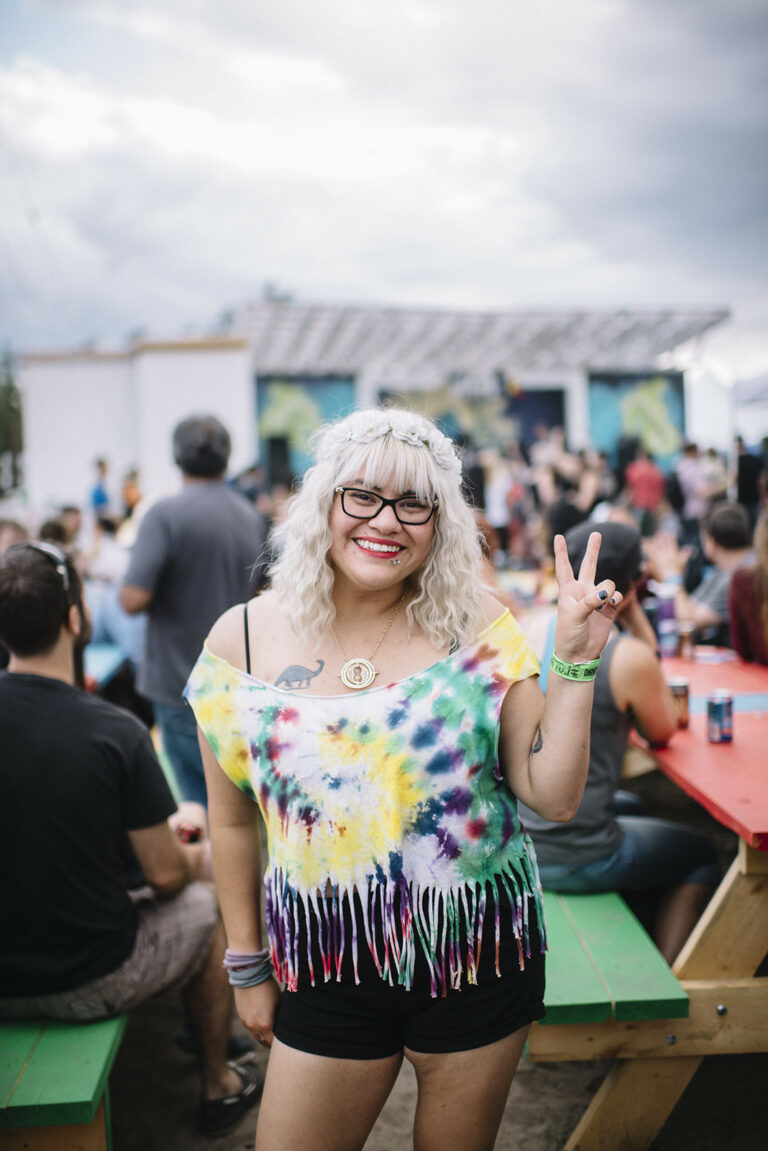